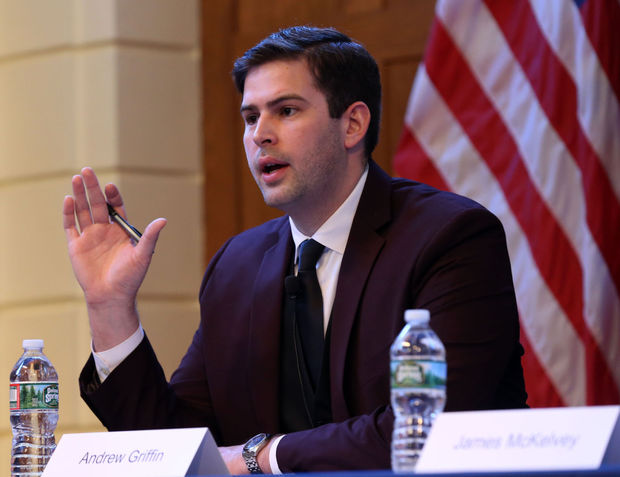 Andrew Griffin, one of five Republicans running for Congress in the 5th district to fill the seat being vacated by Congressman Robert Hurt, has withdrawn from the race saying,

“I entered this race as a principled conservative who has been frustrated with both the political process as well as the GOP,” he wrote. “The Republican Party of 30 years ago has been watered down and we have gradually lost our identity.”

“It is after careful consideration that I have determined that the people of Virginia’s 5th Congressional District are better served by me in other capacities as opposed to a candidate at this time,”

“My love of God, country and Virginia compelled me to enter this race, but after falling short of my goals for both delegate recruitment and fundraising, I have concluded that I do not have the necessary infrastructure in place to maintain a competitive campaign,”

After he withdrew from the race, Andrew Griffin endorsed Senator Garrett.

My wife and I heard him speak. Hopefully he will be a future leader.
And hopefully, in the meantime, he won’t be corrupted by the the hacks that run the RNC.

Thank you to Andrew for his contributions to the debate. I hope we haven’t seen the last of him.