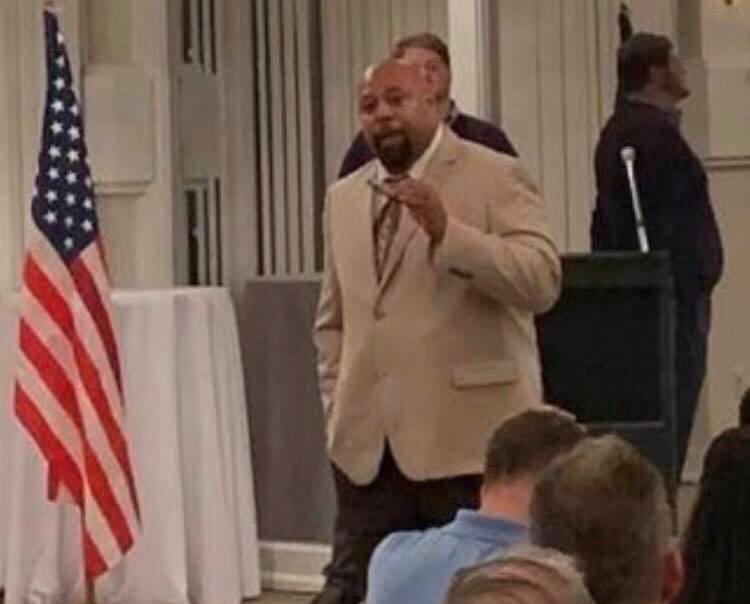 At this year’s 3rd District Republican Unassembled Convention there was a good showing at the district’s two voting sites from candidates, volunteers, activists, and a team working hard to recall Democratic State Sen. Louise Lucas. Missing among them was Republican Congressional Candidate Madison Downs, who previously had his prolific Democratic voting record revealed on The Bull Elephant. Despite that, Downs has campaigned as an “Old School Republican.”

To most voters, an “Old School Republican” would be one who believes in the values of the Republican Party, fights for conservative causes, and votes for conservative and Republican candidates. To Madison Downs, it apparently means being a lifelong Democrat who refuses to change his ways. After reporting on Downs’ past voting habits, Downs didn’t deny his record as a long-time Democrat and instead said Trump had changed his mind. However, he refused to delete his series of social media posts that called President Trump stupid along with his attempts to cast the President’s supporters in the same light as domestic terrorists.

Based on his voting record, which is strictly and consistently voting for Democrats, including in uncontested primaries where only hard-core Democrats take the time to show their support, combined with his recent history of anti-Trump rhetoric, Downs was asked to sign a statement disavowing the Democratic Party by the 3rd District’s Credentialing Committee. He wasn’t the only delegate asked to sign a similar statement. Most of the delegates accepted the opportunity and participated as delegates on Saturday.

His refusal to renounce his Democratic affiliation prevented him from participating, and in what has become a pattern of behavior over numerous debate opportunities over the course of this primary, he was the only candidate who didn’t bother to show up. Shortly after the convention concluded, local Republican activist and former candidate Geoffrey Burke brought attention to Downs’ failure to separate himself from the Democratic Party. Burke participated as a delegate to the convention and is a long-time activist with experience with the National Right to Work Committee, Concerned Veterans for America, and the Chesapeake Tea Party.

It wasn’t long before Downs responded, in classic style, with a video posted to his campaign page. In the video he is seen making allegations without evidence calling Burke and one of his primary opponents racist and admitting that he refused to sign the form disavowing his Democrat Party affiliation.

Downs claimed that the form wanted him to support the Republican nominee if he lost the primary, something both of his opponents have publicly promised to do on numerous occasions. Downs couldn’t stand the very idea of supporting another Republican. It makes perfect sense that a Democrat like Madison Downs wouldn’t want to support a Republican. It is logical that Downs would once again vote for a Democrat in the General Election rather than voting for either of the two Republicans running against him.

We’ve let a long-time, hard-core, and fiercely unapologetic Democrat into our party process, and I fear that on June 23rd we may let the 3rd District’s General Election get pushed farther left than ever, because it will be between two Democrats. There is nothing wrong with welcoming former Democrats who have had a genuine change of heart into our party process, but this is not Madison Downs. Madison Downs is a current, unabashed and proud Democrat, who refused to renounce his affiliation when given the chance yet expects us all to believe he represents our values.

At a time when we must fight for the 2nd Amendment, fight for the safety of our cities and towns, fight just to be able to go to church, and fight for every right enumerated in the Constitution, we cannot have the left battle the far left for control of our district. We must stand up and say enough is enough.  It is frankly outrageous that we have to contend with unapologetic Democrats within the Republican Party–seeking to discredit and destroy us–along with the radical left on the outside, yet this is the situation we find ourselves in.

We cannot elect a Democrat to challenge another Democrat. We must not be taken for fools, in our effort to welcome newcomers. Make no mistake, a Democrat who refuses to disavow the Democrat Party is not an “Old School Republican.”

Christopher is an attentive Virginia voter looking to support conservative candidates who are what they say they are and will actually do what they say they will. He has been in the Hampton Roads area for over a decade and watched the state's politics decay into a sea of blue, something he will fight to undo.