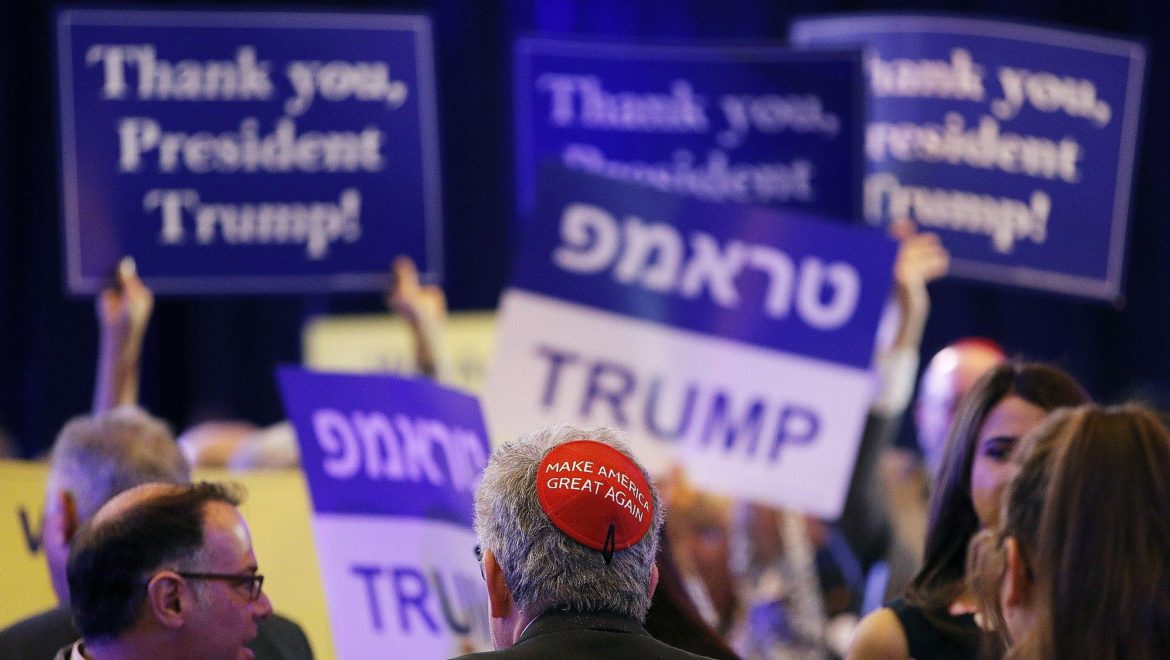 Orthodox Jews vote overwhelmingly Republican in November elections, but Saturday party-run canvasses and conventions prevent them from participating. A proposed RPV party plan amendment may take care of that." (Photo Source: The Times of Israel)

One of the main arguments behind having a convention to nominate state-wide candidates is that it helps “build the party.”

Because the State Central Committee (SCC) of the Republican Party of Virginia (RPV) lifted the cap on delegate filings for the May 8 unassembled convention, most units in the state are being deluged with forms to key in.

Among those 645 are about 15 members of Norfolk’s Orthodox Jewish community, where I live and worship.  And, they will likely get an invitation from the Republican Party of Norfolk, our local unit, to join – as I am sure other units may do with these new lists of prospective members.

However, because the convention voting is on a Saturday, none of these Orthodox Jews, nor other folks with religious obligations, can vote, unless they can vote absentee.

Orthodox Jews by overwhelming majorities vote Republican, and are staunch  Trump supporters, values voters, and 2nd amendment backers.  But Shabbat is our most important holiday. “And God blessed the seventh day and declared it holy, because on it, God ceased from all the work of creation that God had done.” Genesis 2:1-3

Exodus 20:8-11 reads:  Remember the sabbath day and keep it holy. (9) Six days you shall labor and do all your work, (10) but the seventh day is a sabbath of the LORD your God: you shall not do any work—…. (11) For in six days the LORD made heaven and earth and sea, and all that is in them, and rested on the seventh day; therefore the LORD blessed the sabbath day and made it holy.

In a letter April 5 to Party Chair Rich Anderson, four Orthodox rabbis in Herndon, Richmond and Norfolk, requested the rules to be changed.  They wrote:

On behalf of our Republican adherents to Orthodox Judaism, we the undersigned rabbis hereby request that the Republican Party of Virginia’s 2021 Convention Rules Committee and State Central Committee allow members of the Orthodox faith to vote absentee at least a day before your May 8th, 2021 nomination convention, which is being held on a Saturday (Shabbos/Shabbat).

Orthodox Jews observe the Sabbath from Friday sunset until Saturday nightfall.  As such, we do not drive, use electronic devices, employ handwriting instruments (e.g. pens, pencils), among other prohibited activities.  As such, it would be impossible for Jews of faith to vote in your unassembled convention.

We take no position on political candidates or political parties and would be writing Democratic Party officials had they also held a party canvass or convention on the Jewish Sabbath.

So, we hereby request that you allow Sabbath-observing Jewish Republicans who register as delegates to your May 8th, 2021 convention to submit a ballot in an envelope with verification they have a religious obligation on Shabbos/Shabbat (such as listing a rabbi as a reference) and have another delegate bring the ballot through to the polling places your local Republican units have designated for the May 8th voting.

Thankfully, a significant group of members of the SCC have responded favorably and have placed on the agenda for the Thursday meeting (7 pm) this proposed party plan amendment:

In Article XII, paragraph 3, insert at the end a new paragraph: “The State Central Committee may provide for delegates whose religious obligations prevent them from voting during the convention to cast ballots in the same manner as Military Members.”

Sec. 7 H of the Republican Party Plan states: ‘Military Members who are certified as delegates…that are unable to attend the convention in person due to obligations of their official military orders, shall have their votes cast within their unit delegation according to candidate preference ballots.”

Under Department of Defense rules, however, uniformed personnel are not allowed to vote in a partisan political process like a convention, so this provision is hardly used.  However, the same procedure would be used for Orthodox Jews and others with “religious obligations” who will assuredly vote absentee allowed.

It’s pretty unreal that the party plan, which is a governing document like bylaws or a constitution, has to be amended (requiring 75% vote of the SCC) to make a change like this, but unfortunately RPV has no separate manual for convention/mass meeting/caucus proceedings, and the Convention Rules Committee was unable to make this change on its own without a plan amendment.

In my view, other delegates with work conflicts or medical reasons (and documentation) should be allowed to vote absentee, too, but the “religious obligations” amendment was all that SCC members decided to present.

Gubernatorial candidates Pete Snyder and Kirk Cox told me they have no qualms with absentee voting for Orthodox Jews, and I believe other candidates would support this too.

Contrary to popular belief, the new state law  passed by the Democrat majority in the General Assembly, does not ban conventions.  It just requires party-run nominating processes to allow absentee voting for certain categories (and not for religious reasons), under the guise parties will be less likely to use conventions.

However, I hope the RPV SCC will lead the way to show that our party is willing to accommodate this small segment of conservative voters with religious obligations.  Orthodox Jews are the fastest growing segment of Judaism today and passing this amendment will help bring these conservative values voters into the GOP fold, and hopefully get them more involved in the Republican Party. Please email me if you would like a copy of the letter signed by the four rabbis [email protected]

[…] 2nd amendment backers. But Shabbat is our most important holiday,” Reid wrote this week on the Bull Elephant, a conservative […]