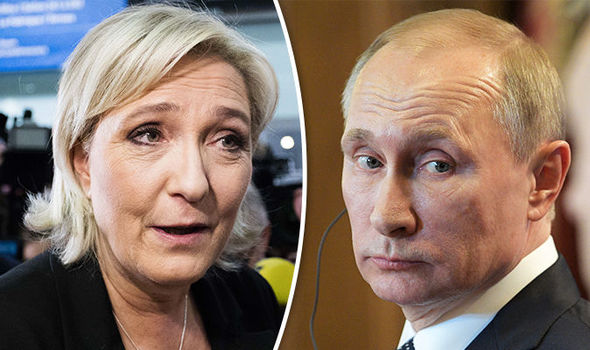 Republican Support for Le Pen is Bizarre and Disturbing

Marine Le Pen is to the left of Bernie Sanders on just about everything but immigration; and yet, Republicans all over America are treating her like she’s Joan of Arc? This is both bizarre and disturbing. Either it means that the populism that has taken root within the Republican Party is so racist, so ethnocentric, that they are willing to overlook 99% of other issues in support of anti-Muslim candidates across the globe; or it means that the populists in the United States are horrendously ignorant and lack an ideological, a moral, and a philosophical compass. I believe it is the former.

Marine Le Pen is a nationalist and a socialist and a populist: The Germans had a name for this in the 1930’s. Listening to populists in the United States even has that stomach-turning 1930’s feel.

Within hours of Le Pen’s ascension to the runoff election in May, the leaders of every other party unified against her. This means that she will likely lose in a stunning defeat. While half of France agrees with her on immigration issues, the vast majority of them are not willing to move their party into a position which could quickly devolve into a viscous authoritarian regime. The European Union needs to fix it’s immigration policies before all of Europe falls to National Socialist movements.

Marine Le Pen is closely tied to Vladimir Putin and seeks to not only remove France from the European Union, but from NATO as well. In truth, it appears that Vladimir Putin’s strategy of divide and conquer appeals to a great many populists in the West, who are all too willing to cooperate in the division.

In the meantime, Russia and Turkey both seem to be gravitating away from their interest in peaceful and productive relationships with Europe and the United States, representing the rise in “populist and authoritarian” leadership. While Vladimir Putin and President Donald Trump and their authoritarian populist supporters celebrated Erdogan’s victory in securing greater dictatorial power in Turkey, there seems to be no disapproval from the growing populist wing of the Republican Party.

In the meantime, we need to secure our borders and unleash our economy. Prosperity and security are the only ways to destroy populist uprisings on the very very far right and the very very far left. Republicans in Congress need to get productive legislation to the President’s desk in an efficient manner. The failures of Republican Leadership will only serve to enlarge the ranks of the populists within the party.  If populists within the Republican Party today support the likes of Vladimir Putin and Marine Le Pen, and if their ranks continue to grow, just what kind of candidates will we be forced to consider in the future? Our situation is precarious and I pray our leaders take it seriously.