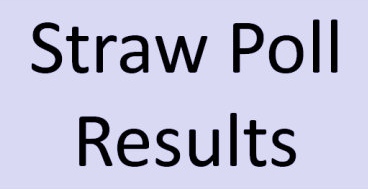 “Washington needs to stop playing politics, secure our borders, enforce our laws and make us safe.”

Republicans won big in straw polls for both Senate and Congress. In the Senate pollÂ Gillespie won with 203 votes or 72.5 percent, followed by Warner with 23.93 percent and Sarvis with 3.57 percent. Â In the poll for Congress Comstock won withÂ 207 votes or 75.27 percent, Foust took 18.9 percent, Redpath 3.27 percent, Eickholt 2.18 percent and Blais less than 1 percent.

Republicans Dominate In Straw Polls At Hob Nob In The Valley 2014 was last modified: September 13th, 2014 by Jeanine Martin

Unsurprisingly, I fail to see any black people at that event.

well, it is hard to attract them— because i’ve tried to get them to attend events in my county. heck, black high school students refuse to apply for our county GOP college scholarship.

but then again, a big tent is not part of our current GOP policy.

LFCC, site of the Hob Nob, is in Middletown, not Millersville

Thanks for the correction Craig. Post has been updated.