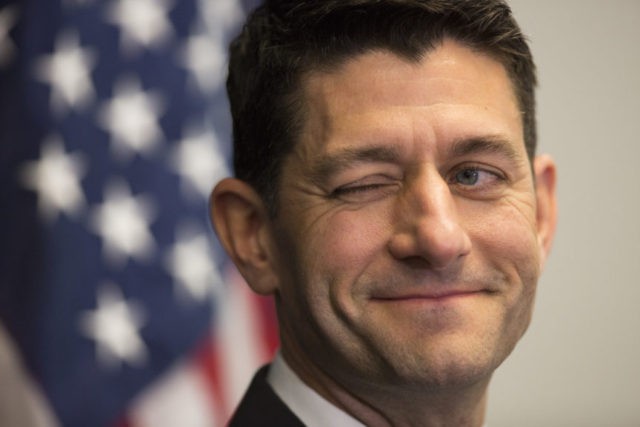 Republicans own the House, the Senate, and the Presidency–all for naught

Now Congress is about to pass another omnibus bill under a continuing resolution where Republicans get next to nothing. Wasn’t Trump supposed to be a shrewd negotiator?  If he negotiated anything on this bill he failed miserably. He got a minor increase in Defense while Democrats got everything else they wanted!   Planned Parenthood has full funding, EPA got 99% of their budget approved, and Puerto Rico got bailed out of their debt. There was not one cent for the wall on the Southern border that Trump promised voters.  But California got funding for their silly high speed rail and Amtrak got more money too.  The budget has no cuts at all for sanctuary cities across the country.  The arts are fully funded, some with even more funding than in the past. Looks like we’ll be paying for National Public Radio and Television into the foreseeable future.

Senate Minority Leader Chuck Schumer, D-N.Y., praised the budget deal as a “good agreement for the American people” that “takes the threat of a government shutdown off the table.”

“The bill ensures taxpayer dollars aren’t used to fund an ineffective border wall, excludes poison pill riders, and increases investments in programs that the middle-class relies on, like medical research, education, and infrastructure,” Schumer said in a statement. “Early on in this debate, Democrats clearly laid out our principles. At the end of the day, this is an agreement that reflects those principles.”

Of course the Democrats love the bill, they get everything they want while the Republicans we supported handed it to them.  Democrats declared victory when they were able to eliminate 150 “poison pill” riders on the bill. More from the Washington Examiner:

“This bipartisan agreement eliminates more than 160 poison pill riders that would have been devastating to the environment, put restrictions on consumer financial protections and attacked the Affordable Care Act,” said Senate Appropriations Committee Vice Chairman Patrick Leahy, D-Vt. in a statement. “Such riders have no place in a must pass spending bill.”

Yup, Democrats are positively gleeful over this bill. They believe the vote today sets them up for legislative successes for years to come.  Isn’t that special.

To add insult to injury today President Trump said he may support an increase in gas taxes.  Is there anything else Trump and the Republicans can do to hurt those who supported them, worked for them, and voted them?

My predictions, if our Republicans continue to roll over for Democrats by failing to repeal Obamacare, failing to build a border wall, failing to cut spending, we will lose the House next year and possibly the Senate.  Trump will be a one term wonder, being soundly defeated in 2020.  The Democrats will win both houses of Congress and the American people will be facing a less secure country and much higher taxes.  We will have no one to blame but our Republican leaders, and ourselves for electing them. And it won’t make a bit of difference.

More on the budget resolution here and here.

An interesting summary of how we got here.   It’s the uniparty!

Good quote about the budget from Ken Cuccinelli in this article.

Republicans own the House, the Senate, and the Presidency–all for naught was last modified: May 2nd, 2017 by Jeanine Martin

Seems more like Republicans are leading the Dems in progressivism rather than rolling over. We conservatives have won six years of battles. Now we must beat the “Republicans.” #RyanMustGo

“Republicans own the House, the Senate and the Presidency -all for naught”
Ms.Martin you are now see the truth .
Toss a coin heads we loose , tails we loose.
Not a double headed coin but a fake one.
Can you say Republican “fake leadership” or
Bernie Sanders , get it together he will return.
Fake Leadership.

Why all this talk about money for the Trump Wall? Trump promised Mexico would pay for the Wall.

Mexico, pay for the Wall.

Republicans have begged us for votes for years… they’ve told us what we wanted to hear. They had the House… but needed Senate. They got the Senate… but need the White House. They’ve gotten everything they said they needed and yet still act like they’re in the minority. My faith in the Republican party is gone; squandered by those who ran on Conservative principles and now pander to their own interests. The Republican party appeared to have promise, but now are irrelevant.

Libertarians have a saying: Republicans run for office sounding like libertarians but, once in office, behave like Democrats.

I also like: conservatism is just progressivism in slow motion.

Balance the budget rhymes with: Build a wall, Lock her up, Repeal Obamacare, Declare China a Currency Manipulator, Reopen the Coal Mines, NATO Over, Stay Out of Syria — Focus on the US … why continue with the list? Mid-terms are approaching, debt grows faster than ever, Trump says it’s all much more difficult than it seemed. Who knew health care was such a tough issue? Hey, how many times (50+) did you vote full repeal when Obama wielded the veto pen? Now? The good news: He visits a Trump property every three days and continues to book profits to his accounts worldwide. One Yuuuuuge Victory: No tax return revealed!

If not now, when? If not us, who? President Trump, get the veto pen out.

Why would Trump veto his own budget?

It’s a sick joke. Wall St. and the gangster banksters run the government.

And Republicans won’t stand up to them? Why did we bother to vote them into office?

A quite sad spectacle. Trump was correct about the need to drain the swamp – and we need to back him up.