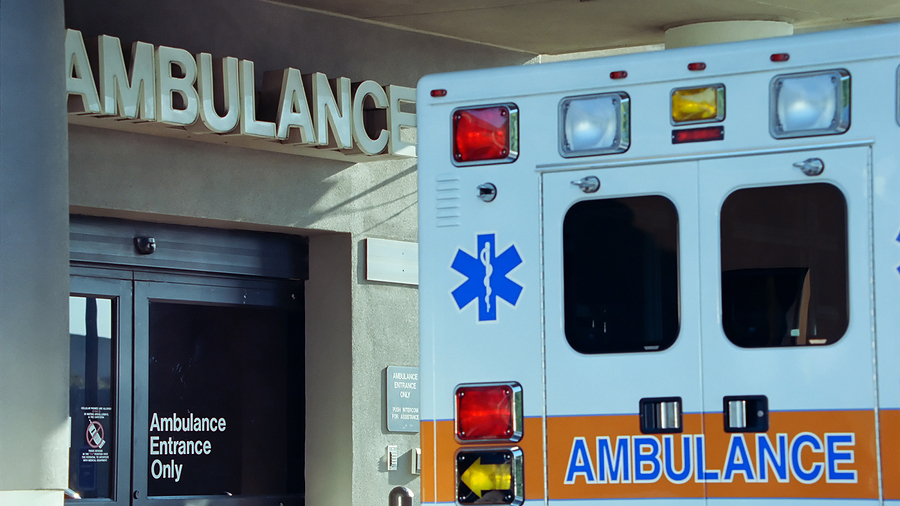 Of course, using the logic of the Washington political class, the answer to the problems that their programs create in the first place is to double down. Spend even more money, grab even more control, and demand compliance with this or that regulation – or roast on the spit in bureaucratic hell.

It proves yet again Ronald Reagan’s oft-stated maxim that the government isn’t the solution, government is the problem. Just the way the world works.

It was no surprise then that Barack Obama rode on the back of public discontent with surging health care costs over the last several decades all the way to Obamacare. He and his party’s bald-face lies about “reducing costs” and the “fairness” issue was simply the ultimate placebo.

It’s also no mystery why Obamacare is a massive disaster of unprecedented proportions, both for healthcare and the economy.

Since 2010 every election in part has been a referendum on the Obamacare nightmare, and Republicans time and again told the voters that they understood; they’d repeal and defund Obamacare, and return to market choice and sanity in healthcare.

Now the chance has arrived. Elections were won. The public is ready. A willing President is ready.

And yet, now we learn that we have “problems.”

Obamacare can’t be repealed as easily as it was passed. It’s complicated. Oh, and by the way, the “replacement” plan is really not a plan at all, after seven long years in which to prepare.

It doesn’t appear that Washington really wants to let go, does it?

It is hard not to be cynical. It seems the problem is that the ruling political class, big insurance companies and the administrative state, having tied the noose every tighter around the nation’s healthcare system, don’t want to surrender control. They like power. They like having every citizen’s life choices in their incompetent hands.

We’re told that by “necessity” there will be a three step repeal process.  And despite vigorous denials by Congressional leadership, it appears that the proposed replacement for Obamacare will be many things – but a free market, patient-centered alternative isn’t one of them.

In its essence, the Republican proposal actually “amends,” not replaces, Obamacare, and leaves intact much of its worst bureaucratic over-reach and wreckage. (We’re “assured” that steps two and three of reform will fix everything. Where have we heard that before?)

In addition, the Congressional proposal obviously believes in the power of “subsidies” as though they are the same thing as real market forces brought about by competition and consumer choice. Yet subsidies only offset income in the tax system, and there is a huge body of economic evidence that government subsidies almost never benefit those being given the subsidy.

The current proposal is really, like its predecessor, an entitlement program that transfers wealth – yours – to someone else, and limits choice by regulation and taxes.

The critical question is this; when did we make the decision in this country to abdicate all personally responsibility for the health of our families and ourselves to an indifferent, dysfunctional federal government?

Health care is a commodity, a service, and is subject to the same economic and psychological forces as any other purchase. Leaving the repeal process aside, it seems obvious that there are easy “freedom” fixes for the mess we’re in, and they could be written up in two or three pages.

Tort reform and selling insurance across state lines are now obvious to almost everyone; but beyond that, simply returning to the status quo prior to Obamacare, would be a massive improvement.

If you and your employer want to keep the third party insurance model, why shouldn’t you? Prior to Mr. Obama, over 85% of insured Americans were satisfied with their own private health plans provided through health insurers, and most people bought health insurance if they could. The system worked in spite of its short comings.

But the real free market answers are in Health Saving Accounts (the Republican plan does propose to double the non-taxable account contributions to $13,000 per year per family, but retains the restrictive bureaucratic and IRS regulations that control Health Savings Accounts) and private doctor co-ops. In both of these models patients and doctors are directly connected. When patients directly pay for their own services, the entire dynamic of the doctor-patient relationship becomes personal and economically competitive.

These personal medical savings accounts (with catastrophic insurance coverage attached for major events or illness) and doctor co-ops have the greatest potential to drive costs down dramatically and provide accountability through the unlimited choice of medical providers and price competition.

If Congress is serious about free market reform, they need to focus on these approaches and remove the regulation of Health Savings Accounts to allow them to be completely portable employer to employer with carryover balances going with the account holder. Also, both individuals and employers, or a combination of both, should be allowed to contribute pre-tax dollars into an account at least equal to the deductible for a catastrophic health care plan for each family member per year, and to allow the deductible of catastrophic policies to be paid using the account funds.

One other benefit of this honest free market approach is that instead of driving lower income Americans and the poor into Medicaid with its huge waste and abuse, non-profits and state governments can fund individual Health Savings Accounts or doctor co-ops directly for those unable to do so in whole or in part, with all of the benefits and service every other citizen would enjoy.

Pre-existing conditions, like coverage for lower income Americans, remains a huge political issue. Over time, Health Savings Accounts and their catastrophic riders would render pre-existing conditions a moot point if portable accounts could be kept in place. In the meantime, if Washington really wanted to do something useful, they could facilitate state, regional or national “high risk” pools (a concept used effectively for many years for all types of insurance) for those that need pre-existing coverage for any reason.

This is all doable. The free market is never the wrong choice and it is never hard, if Washington simply gets of the way.

[…] watched this debacle put in place by a “rouge” President and Congress, surprisingly punted (Republicans Punt on Healthcare). They missed the chance to begin “rethinking” a process started fifty years ago to centralize […]

[…] having watched this debacle put in place by a rouge President and Congress, surprisingly punted (Republicans Punt on Healthcare) the opportunity handed to them by the voters, and missed the chance to begin “rethinking” a […]

Another GREAT post, if only Republicans on Capitol Hill wanted to do the right thing for the people. If only they cared about free markets. Republicans have fought long and hard to control both the Congress and the White House. Now we have it and so what? They aren’t doing what they promised and there is nothing conservative about this Congress.

Been saying this for a long time and have been told I’m just not involved enough. Glad to see others are finally getting it.

Congressman Rob Wittman does the right things for the people, and keeps his promises.

The main reality of the post Bush era self proclaimed “conservatives” is their absolutely complete inability to actually conserve anything and of course their schoolyard fixation to want to be liked by everybody and not called “bad” names. They make the gutless of this world look like Audie Murphy. Time to take this generation of conservatives out with the rest of the political trash at the ballot box as they are NEVER going to deliver a thing except political careerism no matter what opportunities they are presented.

Government sticks its nose in the tent and never leaves even when the tent burns to the ground. Frankly, the politicians just decide that they need to build a bigger tent claiming it is fire proof and will even withstand a nuclear blast.

First off, before I get to the good part, HSA’s do nothing to control the cost of healthcare, nothing. They are a lie. A lie to feed the ignorance of the multitudes.
There is not one word in the Republican healthcare bill that will increase competition in healthcare, not one word. The heathcare industry wrote the bill, and the last thing they want is competition.

We cannot have free market healthcare as long as we have our current system of campaign finance. As long as the corruption based healthcare industry writes these bills, nothing is going to change.

In my opinion, Trump and Hillary are two of the biggest liars this world has ever known. The only one that can boast of being a bigger liar than Trump is Satan himself. (I know, the media will be disappointed and offended that they did not earn my biggest liar title) But, the fact remains, Trump gets the biggest liar award, with Clinton barely losing out in a “photo finish”.

You cannot fix our problem as long as Wall St. throws money at government. They control who gets to run.

This is why we love the Government!!!
/s

Its clear that a majority of republicans who “represent” us in DC are simply cowardly liars. All votes to repeal while Obama was the President were merely meaningless show votes, likely used to drive donation campaigns. There will never be a repeal of Obamacare. Republicans in DC will never act responsibly.

I’m actively seeking new career opportunities to relocate from Va. Years ago, I would have had many reasons to stay. Now, it’s just family, friends, and living in Dave Brat’s CD.

My father’s side of the family has been here since making the passage from England in 1635, and we’ll probably have a presence here as long as we’re welcomed. But Virginia is now seemingly a bedroom community of D.C. Particularly since 2004. That’s not a good thing.

I share your feelings. And I don’t even have the privilege of living in Dave Brat’s district. I live in what looks like the country but DC still runs our lives.

It’s really is a darn shame. Virginia is wonderfully scenic, and her rich history cannot be beat.

It is disappointing and infuriating but everything you say is true.

I could be wrong, but I do believe the Republicans will ram something thru Congress for Trump to sign. And Trump will claim it is wonderful and beautiful. It will be everything but what he says it is……