Republicans look poised to win the public relations battle, but Terry McAuliffe may yet walk away with a very expensive consolation prize. 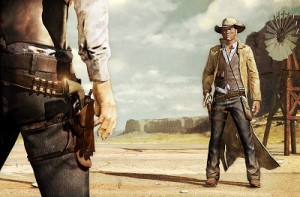 There continues to be no end in sight to the current budget standoff in Richmond, as neither side is giving any indication of willingness to back down. House Speaker Bill Howell (R-Stafford) has stated flatly that Medicaid expansion won’t pass the House this year. Democrat Governor Terry McAuliffe and Senate Democrats refuse to pass a budget without it. Hanging in the balance? Hundreds of millions of dollars in state funding for schools, localities, transportation and everything else funded by the Commonwealth budget.

So who is winning? How will this play out? Well, if public opinion is any guide, this may be the one instance where Democrats actually get blamed for the gridlock they create. This time, according to a new poll by Christopher Newport University, public opinion seems to be moving in favor of the GOP position.

Among other things, the poll shows that a majority of Virginians oppose Medicaid expansion, by a 53%/41% margin.  And while that may not seem like a huge advantage, consider this: a poll conducted by the same people back in early February found only 38% against Medicaid expansion, with 56% in favor!  That’s essentially a 30-point swing in favor of the Republican position, despite all the high-priced rent seeking activity from the hospital lobby and others, aided and abetted by most media outlets around the state (of course).  In other words, the Republicans are winning.  From the memo releasing the poll findings:

“Democrats are losing the debate on expanding Medicaid in Virginia,” said Dr. Quentin Kidd, director of the Wason Center for Public Policy. “This is mostly because they are not convincing Independents that it will work. Voters seem to be moved by Republican skepticism. Significantly, even in the Democratic-friendly territory of Northern Virginia, support leads opposition by only 2%.”

Coming on the heels of the failure of Obamacare at a national level, independent voters seem to share Republicans’ distrust of hastily-constructed and poorly-conceived schemes to spend federal money on healthcare. Clearly, the voters do not want to rush to entangle Virginia in this kind of slowly unfolding fiscal nightmare, but according to the CNU poll, there’s not quite a consensus on permanently rejecting Medicaid expansion, either. “Virginia voters are mostly interested in both Democrats in the Senate and Republicans in the House finding a compromise to the issue of Medicaid expansion, with 71% saying both sides should compromise.”

What does “compromise” mean here? As Norm Leahy at Bearing Drift puts it, “What constitutes a compromise among those surveyed is unknown. But it does not appear expansion is an option.” In fact, right now compromise probably looks a lot more like what the Speaker and House GOP leadership have been harping on for 47 days now:

So the signs are starting to point toward the House GOP increasingly taking the upper hand on this issue, at least in the court of public opinion. But the CNU poll does illuminate one particularly worrisome possibility. An overwhelming 73% of respondents favor government-by-executive order in the event that the stalemate on the budget cannot be settled by July 1.

“If Governor McAuliffe wakes up on July 1 and finds the Commonwealth without a budget, Virginians very much want to see him lead by executive order,” Kidd said.

“This may be the silver lining for the governor. While a shutdown would mean he has not succeeded in the Medicaid expansion debate, a shutdown may also give him the opportunity to lead boldly.”

It’s possible, then, that Republicans win the public opinion game in the short term, while the longer term may be won by a Governor acting to cut through the legislative impasse with executive action on the budget–including potentially unilateral Medicaid expansion.

Clearly the Governor runs a huge political risk if he goes this route, but public opinion can be fickle. As we’ve said previously, “the Governor’s interests are clearly better served by a deal—any deal—that expands coverage without him having to take the political and legal risks of unilateral expansion.”  Now, CNU’s poll may help convince him the political risks aren’t so bad as he thought.  The canary in this coal mine will be McAuliffe’s treatment of fellow Democrats in the General Assembly in the coming weeks. If he sells them out in favor of positioning himself as a moderate centrist who can “lead boldly” when the knucklehead legislators from both parties can’t get their act together, you’ll know what’s coming next.

Does the governor of Commonwealth of Virginia have an “EXECUTIVE ORDER” right????? Has it ever been done before???? If we allow the governor to pass an EXECUTIVE ORDER with Medicade Expansion in it, we will have financially bankrupt Virginia and it will be the SAME as SHUTTING DOWN GOVERNMENT. The good people of Virginia must understand what is at stake!!! It will be better to have shut down everything for a time until people see that evil people in politics/government have us between a rock and a hard place. Obamacare has already broken America. At least Virginia is financially sound. The Virginia Senators who favor expansion of Medicade must get lots of mail, phone calls and messages from those who sent them to Richmond. They must be reminded that they are to represent the people who sent them to government. Madge Eicher

Reply
WaPo Finally Catching on to the Medicaid Expansion Endgame - The Bull Elephant May 6, 2014 at 1:19 am

[…] We’ve written extensively about how the Governor will believe he has the authority inherent in the executive to manage the state’s Medicaid plan many times, and how the same appropriations that would allow Medicaid expansion through the special legislative commission established last year (as part of the Governor “Rolex” McDonnell’s deal to secure his taxportation plan) to expand Medicaid would be available to Governor McAuliffe. Our latest efforts on this subject are available here and here. […]