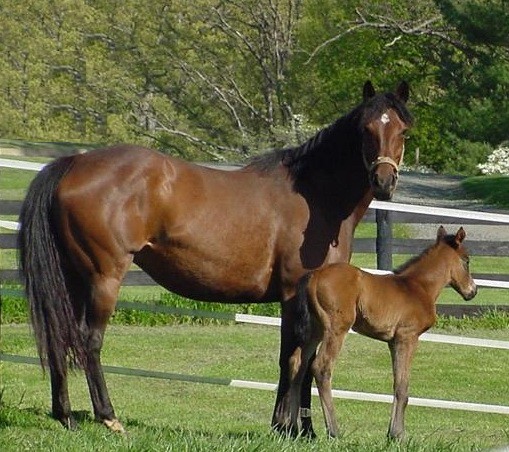 In December of last year Chuck Kuhn, President and CEO of JK Moving company, bought Egypt Farm in western Loudoun county. Â His purchase included an old farm house and 540 acres on Watermill Road in Philomont, the North Fork area.Â Â According to Loudoun property records he paid $5,179,700 for the land. Â He hopes to put a helipad in the middle of those 540 acres but the idea has not been popular with the neighbors. [read_more]

KuhnÂ intends to purchase an adjacent 400+ acres. Â He will place most of the nearly 1,000 acres into a conservation easement to protect the land from development and to reduce his taxes.Â  He is building a 7 bedroom home on the property to accommodate his nine children. Â The house is expected to be completed next year.Â JK Moving is the third largest moving company in the US. Â Kuhn currently commutes to his office in Gaithersburg, Maryland, at least 80 minutes by car. Â Eventually he will move to his company’s office in Sterling. To shorten his current commute to 11 minutes Kuhn intends to commute by helicopter. Â To do that he has applied to Loudoun county for permission to build a helipad on his property for his Eurocopter EC130.

If Kuhn is granted permission by the board of supervisors it will be the first residential helipad in Loudoun county. Â Currently there are only two such pads in Loudoun, one at the Loudoun hospital center and one in Bluemont owned by theÂ Federal Emergency Management Agency. Â

Residents living near Egypt Farm are strenuously objecting to the helipad which will be built in the middle of Kuhn’s 540 acres. Â Kuhn’s neighbors have a Facebook page opposing the helipadÂ  and a petition to be sent to the board of supervisors. Â  It is a very rural farm area, residents say a helicopter would disrupt the peaceful nature of the area and would spook their cattle and horses.

â€œWe strongly oppose a helipad on Egypt farm,â€ Purcellville resident Louis Boink wrote. â€œWe have cattle and horses, all of which will be disturbed by low flying helicopters.â€

â€œNO HELIPAD!â€ wrote Roy Beach, who said he was also a neighbor of Egypt Farm. â€œUpon acquiring Egypt Farm, Mr. Kuhn repeatedly flew over my house, spooking my horses and creating a noisy disturbance.Â .â€‰.â€‰.Â And I fear it would negatively impact my property value.â€

Kuhn says he has also received support for his purchase of Egypt Farm because of the easement which means the property will remain as a working farm.

â€œThe good news is we have a great number of supporters,â€ Kuhn said. He plans to win more.

Kuhn intends to talk with the community to share his plans for his property including the helipad.

Loudoun board of supervisors will hold a public hearing before making a decision on Kuhn’s special exemption. Â It’s likely the hearing will be in November although it has not yet been scheduled.