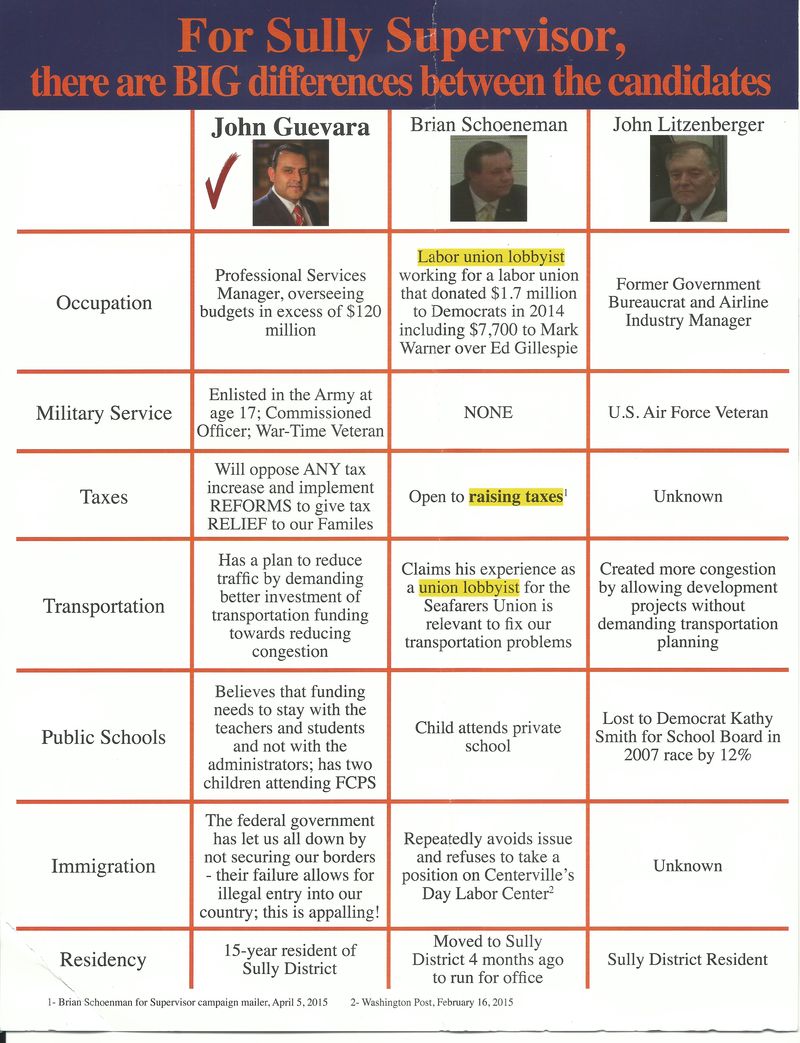 Recently candidate for supervisor in Sully District of Fairfax, Brian Schoeneman, released a flyer with ridiculous lies about John Guevara that included Guevara had never mentioned his pro life stance or his support of the 2nd Amendment, among many other distortions. Guevara has talked about each of those issues extensively. Guevara is solidly pro life and pro 2nd Amendment. Both issues are very important to him.  MasonConservative.com has published this mailer that responds to some of Brian Schoeneman’s other absurd allegations and distortions.[read_more]