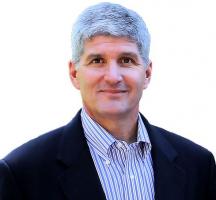 Politicians running for elected office in Virginia should look like the Virginians they represent.  Right?  So, the Republican Party should have more ‘diversity’ among candidates to win – right?[read_more]

It depends on whether we look at the hearts and minds of Virginians — or their skin.

As more and more of the 8.4 million Virginians don’t fit into the former white-black paradigm of a Southern state, shouldn’t that force the Republican Party to start recruiting Hispanic, Korean, Indian, Chinese, Filipino, Christian, Muslim and other Minority candidates, simply for their hyphen or their skin?

The Republican Party of Virginia should never engage in the identity politics of race, gender, class or sexual behavior.  Leave that to the Democrats to divide, label, pander and polarize people.  The only identity that should matter – and it should really matter greatly – to the Republicans, is the identity as a “Virginian.”

Virginian as an identity has been an ascending idea for 400 years.  It’s ascending still.  It’s who we are – not how we look.  It’s shared ideas held by people who live in one of the most beautiful places on Earth.  It’s the common experiences of people who live, work, raise families, play and do their duties in our Commonwealth.   It’s one consensus culture and one common history – even if you are new Virginian by choice. A melting pot. E Pluribus Unum.

The legacy of the English-Speaking People started a new branch here.  Representative democracy in America began here.  The fundamental trust in education for all citizens and the service obligations for college graduates is Virginian.  The ideas written into the Declaration of Independence and the Constitution flowed from the minds of Virginians.  And our Revolutionary battle for separation was lead by a Virginian.

Believe it or not, on issue after issue – if the questions are asked without political labels – 60% of Virginians agree, over and over, about what is right and wrong.  Republicans need to run candidates who share that distinct identity.  Not professional politicians.

For a Republican candidate to look like Virginia their allegiance must be to our ideas of lower taxes, less government, live and let live, personal privacy, clean water and air, better education, marriage between one man and one woman, strong families, personal safety with the right to keep and bear arms and profound individual freedom of thought and words.  A great place to start would be the Republican Creed found here.  Not politics as a business, a career and crony, corrupt business as usual.

A Republican candidate who looks like Virginia should have many shared experiences.  No one can have them all.  Shared experiences like military service stand out.  And volunteering – really volunteering – in community service.  Contributing with sleeves rolled up in a giving and working church family.  Virginian’s own real businesses, not consulting firms. They farm the land, help our government work smoothly, take risks and want to be rewarded for the value they bring to others.

As Dr. Martin Luther King, Jr. would remind us, Virginians should strive to focus on content of character, not color of skin.

The only color that counts in looking like Virginia is the red blood of every Virginian.  Republicans need candidates who give their blood, as well as their sweat and tears for their fellow Virginians.

I respect Mr. Hill’s desires but contend his conception of the modern state of Virginia is a fantasy. A Republican candidate that looks like (the entirety) of Virginia today would be a total contradiction in both governing philosophy and beliefs, a walking bipolar condition in terms and behavior. This ideal candidate is not going to happen in the 21st century where the clear political direction is towards polarization of political affiliation and identity. I’m not saying its good or that I care for it but when the facts are in front of your face its best to deal with them realisticlly then operate off of a non existing context. . The idea that their is a Virginia “identity” that has somehow maintained some form of tradition is not totally off base its just that it resides almost exclusively today in only specific pockets of Virginia locales, primarily in more rural, non urbanized regions.

In reality there are two Virginia’s one that has been spawned out of the massive growth of the “federal government enterprise” based around what was once a rather sleepy, slow-paced national capital and spreading in the past two decades into the northern Virginia suburbs and the federal program contractor dependent tidewater area. This Virginia (or as we refer here locally in my county as over the mountain) is massively based on relocated populations drawn to the tax dollar prosperity spawned by the federal enterprise and far more diverse, transient and liberal then the traditional Virginia. Spend some time in Northern Virginia and you could be in any location on the northern mega metropolitan I95 corridor. The Republicans failure in Virginia electoral statewide politics over the past decade has largely been their inability to effectively adapt to these rapidly shifting circumstances without simply becoming a different, slightly less liberal version of a Democrat lite. The answer is out there but not in the direction Mr. Hill is looking to. The constitutional conservative candidate that can come up with the correct strategic mix will see statewide success but they will have to be willing to leave some social conservative baggage behind or we can wait for my godfather’s former recommendation that we just rotate the location of the Nation’s capital regionally every decade. I wouldn’t hold my breath on that one.

you should take your show on the road to every Republican unit in the Commonwealth. maybe some would see the wisdom you have. thanks for this post

i re-read this to make sure not to mis-quote him. He said that Virginia Republicans, to look like the rest of Virginians, should believe in marriage as between one man & one woman. First, our creed mentions “equal opportunity”. Discrimination on the basis of sex is not equal. Secondly, most expect the Supremes to rule on this in 2015 & strike down gay marriage bans countrywide. At that point, should Republican candidates keep their discrimination mantra in violation of law?

‘Marriage’, from the first mention I am aware of, thousands of years ago, is the union of a MAN and a WOMAN. Any person today has the opportunity to enter into a ‘marriage’. Some people today want to have another type of relationship and CALL it ‘marriage’. It’s not. Find a different word for it: ‘marriage’ is taken.

here is what I expect to happen. of course, i could be wrong, but even the homophobics agree with me on this. the Supremes will declare bans on gay marriage unconstitutional. at such time, the General Assembly will have to amend the Code striking our ban on gay marriage. The General Assembly will also have to amend family law language (& other marriage type language) referring to parents as “spouses” rather than husband or wife or mother or father.

at that time, the term “marriage” will apply not only to men/women, but also to women/women & men/men.

Just curious. If both political parties are the same on fiscal issues, (big spending, big government, financed through higher taxes) and both parties become the same on social issues, at what point do you say there is really only one party?

Other than name, just what difference will there be if the Republican’s cave on social issues? Right now, the numbers seem to indicate that the Republcan’s lead in tax and spend government? And tax increases.

Assuming that you are a Republican now, would you please tell us why?

i am not alone in my opinions on social issues. but you know, i do seem to be the only one beating my fist on the blogs.

Judging by the current $e$$ion of the GA, the Republican’s have no intention of increasing the middle-class in their party.

2) The Sen. from the State Police. Liberal Republican Sen. Carrico. He wants to grow government at the expense of the middle-class, through a 10 year, massive percentage, tax increase for registering vehicles to finance the growth of the State Police. More government. SB754.

WHY DOES VIRGINIA EVEN NEED STATE INSPECTION? How many other states have annual vehicle inspections? Why does a brand new car need to be inspected?

Let’s take government out of our lives! END STATE INSPECTION IN VIRGINIA!

The problem is the State Police do not want to give up the power. They want growth, and middle-class money to grow with, of course.

This $e$$ion is nothing but a job killing, middle-class wrecking, money confiscation, grow government $e$$ion.

And it is owned by the Republican’s.