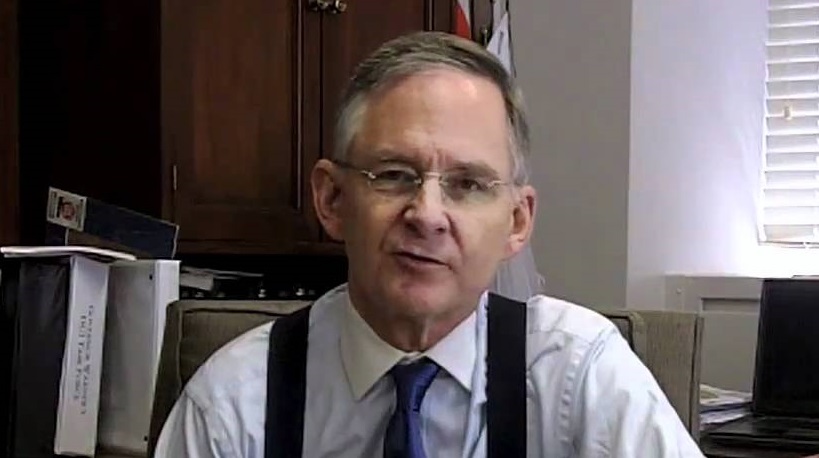 As we enter into 2016, many are asking Presidential candidates what they stand for and how will they govern if elected.

This prompts an interesting question: What does the Republican Party Stand for? What is our Brand?

While speaking on the John Frederick Show, Monday November 9, Virginia Senator Tom Garrett (22nd) asked Senator Tommy Norment (3rd) to resign as leader of the Senate Majority Leader.  Why did he make such a request?

According to the Lynchburg News and Advance, Garrett said in the Frederick interview, “I do hope if he (Norment) chooses to pursue that finance chairmanship that he will step aside and let somebody else take that majority leader position.”  With both Senate Majority Leader and Chairman of Finance being run by one person, power and control are significant.

Retiring Virginia Senator John Watkins concurs – too much power in the hands of one man is not a good idea.  Even though Garrett and Watkins represent the conservative and moderate sides of the Republican Party in Virginia, they agree – Norment needs to step down.

But as Republicans, is there another concern not mentioned?  is there a brand that we need to protect?

Those who truly believe in the Republican Creed of Virginia recite that “faith in God, as recognized by our founding fathers, is essential to the moral fiber of this nation.”  Senator Norment’s dalliances mocks the Republican Creed and should disqualify him from a leadership position.  According to the Richmond Times-Dispatch, Norment was paying for sex via a website [Ed: He was apparently paying a website that specializes in arranging affairs for married people.  The linked article does not substantiate that the Senator was paying for sex.]. Additionally, the report reveals that Norment has admitted to a long personal relationship with a lobbyist.

This behavior does not reflect the Republican Brand that Virginia wants.

Your Republican Senators need to hear from you.

Norment’s behavior, as well as the enormous power he would wield, does not reflect the values of Virginia Republicans.  Call your Senator.  Ask him or her not to vote for Senator Norment as Majority Leader.  This decision will be made on Thursday November 19th.

When it comes time to make difficult decisions, we need men and women of character making those decisions.

When we restore the Republican Brand, we will Restore Virginia.

UPDATE (11/16/15 3:20 pm): This article is not about Senator Norment or his behavior. It is squarely about yous. Your morals and your standards are on display here.

While others reported that he was a paying member of a website that lead to extra marital sex, the mere fact that he was a member does not mean that he did pay for sex. For this misuse of words, I am sorry and apologize for the possible mischaracterization. From what I understand, Senator Norment has neither confirmed nor denied paying for sex. (But why else would you join the site?)

I do not accuse Senator Norment, nor do I judge him for the actions he has behaved himself into. I merely bring out the fact that as Republicans, actions of our leaders ARE ruining the Brand. If our Republican State Senators elect him to leadership, then what do we as Republicans stand for? I remind the readers, we need men and women of moral character when it comes time to make difficult decisions.