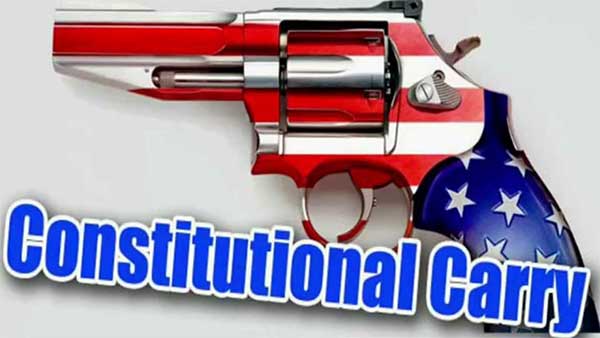 Restoring the 2nd Amendment in Virginia

written by Guest Contributor S. Chris Anders January 23, 2019
Thanks to all the phone calls and emails from all over Virginia, Constitutional Carry has passed both the Senate Committees for Courts of Justice and the Finance Committee, with a notable lack of support from key Republicans, unfortunately.

Nowhere in the United States or Virginia Constitution does it state you can bear arms only if you pay a fee, ask for permission and are put on yet another government list.

However, so called ‘conservatives in the State Senate are openly opposing passing Constitutional Carry, Senate Majority Leader Tommy Norment (R-3) and Senator Emmett Hanger (R-24).  In fact, Senate Leader Norment’s opposition to restoring the 2nd Amendment was very clear when he double referenced the SB1158 (Constitutional Carry) and by doing so he doubled the hurdles the bill would have to face before getting a full floor vote in the Senate.

And then just today, Senator Norment was the lone ‘Republican’ vote against the bill, while Senator Hanger, who killed Constitutional Carry in 2018, refused to vote on it in the Finance Committee.
But it still passed the Committee by a 9-6 vote.

Isn’t it funny how those who claim to support the 2nd Amendment in speeches on the campaign trail fail miserably when they have a chance to actually work to restore it?  With only a two vote majority in the State Senate, it is key that either Norment or Hanger stop their anti-gun antics and support your right to bear arms.

Thirteen other states have already passed Constitutional Carry, and violent crime has dropped dramatically in all of them.

While Norment and Hanger have shown their backstabbing ways, grassroots conservatives all over Virginia have been calling their offices by the hundreds, demanding that they support Constitutional Carry.

Will you be one of them?

I don’t know about you, but I find it particularly upsetting when conservatives have to fight Republicans on issues the Republican Party is supposed to support.  I can understand the anti-gun liberals, not that I agree with them, but at least they are honest about their intentions to tread on your Constitutional rights.

But when those in the so called conservative party do so, it clearly shows why primaries are far more important than the general election.

We here at the Virginia Constitutional Conservatives will continue to send out thousands of phone calls to conservatives all over the state, informing them of the actions of their elected servants.   I look forward to a full floor vote in both the State Senate and the House of Delegates on Constitutional Carry, taking us one step closer in restoring the  2nd Amendment protected rights of the citizens, not subjects, of the Commonwealth.