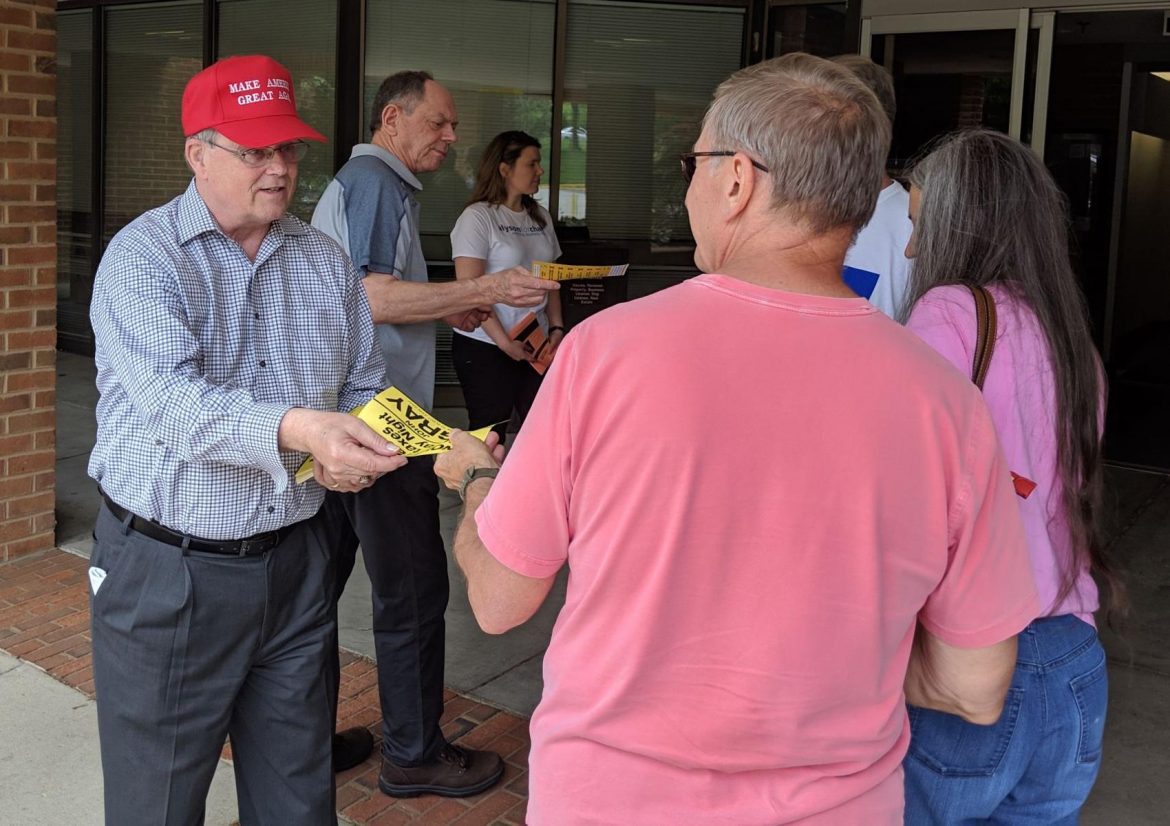 John Gray in MAGA hat at the polls

Other results from InsideNova.com:

Gainesville District Supervisor Pete Candland fended off a primary challenge from Ray Mizener, 73% to 27%, with 881 votes to 324 votes.