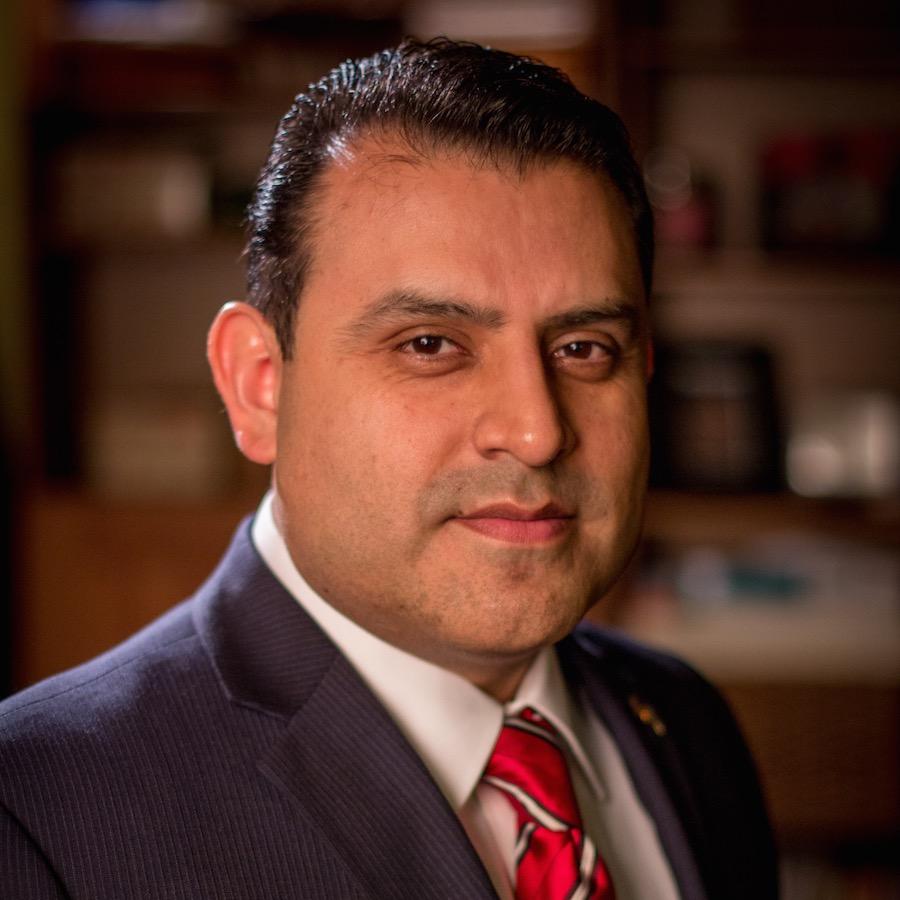 Congratulations to John Guevara on a hard fought election!

Guevara was indeed humble in victory. Now on to November.

The Republican Hispanic Queen of Virginia Theresa Speake and I congratulate John. The power of the press and a large independent turnout for John make this a significant victory. Indeed congrats to the other candidates for a fine effort.

Daniel, a quick point of clarification: are you saying that non-Republicans voted?

I think there were voters for all candidates that signed their pledges and were not Republicans. They may be conservative and they may not. It just politics Stephen not an exact science.

And I believe many conservatives may carry the name but vote their “independent” conscience.

In Virginia, it’s been realized over the past several election cycles that anyone stepping through the polling or party place door is independent. The courts have shown only incumbent politicians are real Republicans or Democrats.

John Guevara celebrating his win with his friends Theresa Speake and Daniel Cortez.

I have a suggestion for all our candidates for Fairfax County board of supervisors. Real estate taxes are too high. I never appreciated how high they were until I paid off my mortgage. When you do that, you get a nice big bill from the county every six months, because your taxes are no longer taken out in the monthly mortgage payment. I found it quite a shock. The county has a list of folks who have paid off their mortgages which it uses to send out the bills. If a candidate had such a list, he or she could address an eloquent appeal about reducing taxes to folks, perhaps both parties, of who are particularly ready to hear that message.

John Guevara just announced a congratulatory phone call from his Democrat opponent, Kathy Smith. The Washington Post has also called to called to offer congratulations. Neither Brian Schoeneman or John Litzenberger have called to congratulation John Guevara. Some folks were raised with manners and grace, some weren’t. Sad.

Jeanine – atre you self identifying as a person with no manners and no grace.

You have an amazing amount of hate and bitterness welling up inside you and it spills out with every word you write.

You can posit that Jeanine is a hater….but one thing is certain. By using a fake name, you are a coward.

Yeah, I guess I am a bit of a coward. It is because I have seen the vitriol and hatred that has been spewed by people who say they are conservative Christians. I have seen supposed Christians completely destroy people who don’t agree with them 100%. So, yeah, you can call me a coward, Christian, I don’t care.

Oh hush, we’re all happy and having fun here. We don’t need a Negative Nancy raining on our parade!

Update, John Litzenberger just called John Guevara and was very gracious. He’s behind John Guevara all the way and will help him win against Kathy Smith. Thanks John L.! Still waiting for a call from Brian Schoeneman.

He is probably busy packing his parachute for a jump into another district? Just hasn’t had the time to use the phone.

Is there a rule somewhere that requires defeated candidates to call the winner immediately? If they call say…tomorrow morning after church, do they regain the manners and grace you so quickly dismiss?

Two things about this primary race I’m sure about; 1) Steve Albertson can write a victory congratulations comment without a qualifier embedded in it 2) Thank God it’s finally over.

Congrats to John Guevara, and to all three candidates for running a good race and putting themselves out there in the public arena to further the cause!

Agreed. Let’s now put our energies into getting John elected.

I heard it was late surge for both Johns … word is Schoeneman appeared well ahead by 1pm but the other candidates kept churning the phone calls. Ironically, it was Brian who requested the original time to be changed from 10-3 to 10-4 … one could argue Brian may have won if the polls closed at 3

Hopefully your supporters will be as gracious as you in your victory (though no one believes that will actually happen)!

Stephen, will you join Jeanine and I in helping Guevara take the general? Oh wait, Jeanine’s working for the Smith campaign sooooo I guess we will be running solo.

don’t be a ungracious sore loser…. now is the time for the party to come together and work together for the election of John Guevara.

What was that you said about you were winning a couple of days ago?

If you think Jeanine had ANY impact on this race, then you’re a lot more clueless than you already come off as.

why are the two of you here whining about how mean and irrelevant everyone is ? why not go to that other blog where everyone pats each other on the back, tells each other how relevant and important they are while they lick their wounds and watch their readership dwindle.

Let’s stop giving credence to the notion that Jeanine is relevant. She’s already lost that battle at home. The question is — will she now dedicate the same vigor to attacking Smith as she did Schoeneman? Because Ben plays a whole different kind of game for which Guevara is ill-prepared.

gee stephen you sound bitter…. Now is the time to come together as a party and work to elect John.

I agree! I’ve always liked John Guevara, which is why I’ve never found a negative thing to say about him. Kathy Smith is certainly going to have her hands full.

Unfortunately, his supporters have set dramatic new lows in conducting themselves this race. It remains to be seen if they will continue to post about the race now that their vendetta has been settled.

Could you perhaps share those dramatic new lows with us? Should be easy to give a few examples.

As not tito has said, this is the time to come together. Guevara is a great candidate who has worked hard and earned the nomination, and will be a good supervisor if elected, and he’s going to need all of our help to do it.

1) Most of her lies were about Brian himself, including his house, how he made the decision to run, and taking a few tiffs Brian has been in previously as being “anti-conservative”. Most of her smears were based on second- or third-hand hearsay or just plain invented outright.

2) She took an accusation against John Litzenberger, made by a fellow Guevara supporter, and with literally no evidence accused Schoeneman of being behind it. Her “proof” was how positive Guevara’s supporters have been, despite posting, as a Guevara supporter, a dozen negative articles about Brian (and many more comments on various sites and social media).

3) Her vendetta against Brian was so all-consuming she didn’t care who she dragged through the mud, including when she made baseless accusations against FCRC and Pat Herrity, posting that the executive committee was in Brian’s pocket, and more incredulously, claiming that Herrity’s basic act of an endorsement was trying to “choose for voters” (ironically, she applauded Whitbeck’s statement of support for Guevara).

4) She lied about me, claiming that I “attacked Guevara constantly”, when I’ve never said a single negative thing about the man, and have wished him well repeatedly both in person and online.

5) She saved her most appalling actions for last with the ill-advised mailer that Guevara’s campaign distributed that attacked Brian’s family for enrolling their four-year-old in pre-school. Not only did she defend this line of attack, she repeatedly brought it up unprovoked in unrelated conversations, and used the language of class warfare accusing Brian of making too much money. It’s literally one of the most disturbing things I’ve ever seen from a Virginia blogger.

I’ll be the first to admit: I do not like Jeanine Martin. I think she is an awful human being, and I think anyone with a shred of decency or self-awareness would have dialed it back months ago. She made it clear that she vehemently hated Brian Schoeneman, and I believe she let her loathing influence what she posted, trusting that others would just shrug and treat it as another political or ideological debate. It’s more than that to me. It was bullying, straight up. It was negative and nasty, and as someone who values the truth and honesty, I felt compelled to confront her lies. I don’t apologize for it.

But I’m hoping it’s all over, that we’ll unite for November and defeat the Democrats. I’m hoping to read some *positive* coverage about a candidate, for once, in Sully District. And I’m hoping, for everyone’s sake, that Jeanine doesn’t get it in her mind that Barbara Comstock deserves the same despicable treatment Jeanine gave to Brian Schoeneman.

God bless you Spiker, you are a true patriot.

The fact that you don’t take seriously the truth, or bullying others, or attacking someone’s family, proves how awful and full of shit you are.

“Lighten up”? How can you say that, when this is someone’s life we’re talking about. This is real, Jeanine. Only a sociopath would treat someone else’s family like a game.

For heaven’s sake, your spin hasn’t worked and isn’t going to work. No one attacked Brian’s adorable little boy. That was one of the most lame spin jobs I’ve ever seen.

Jeanine, when you attack me and my wife for deciding to sacrifice to send our kid to the best school we can, it is an attack on our son.

That’s how I viewed it, and don’t think I will ever forget it.

There was no reason to bring up any family decisions my wife and I made in this campaign. We are working four jobs between the two of us to pay for his education because we want him to have all the benefits we didn’t have growing up.

I’m sorry you and others seem to think that was a character flaw.

Nice! First out of the gate with a preemptive strawman attack. Congratulations?