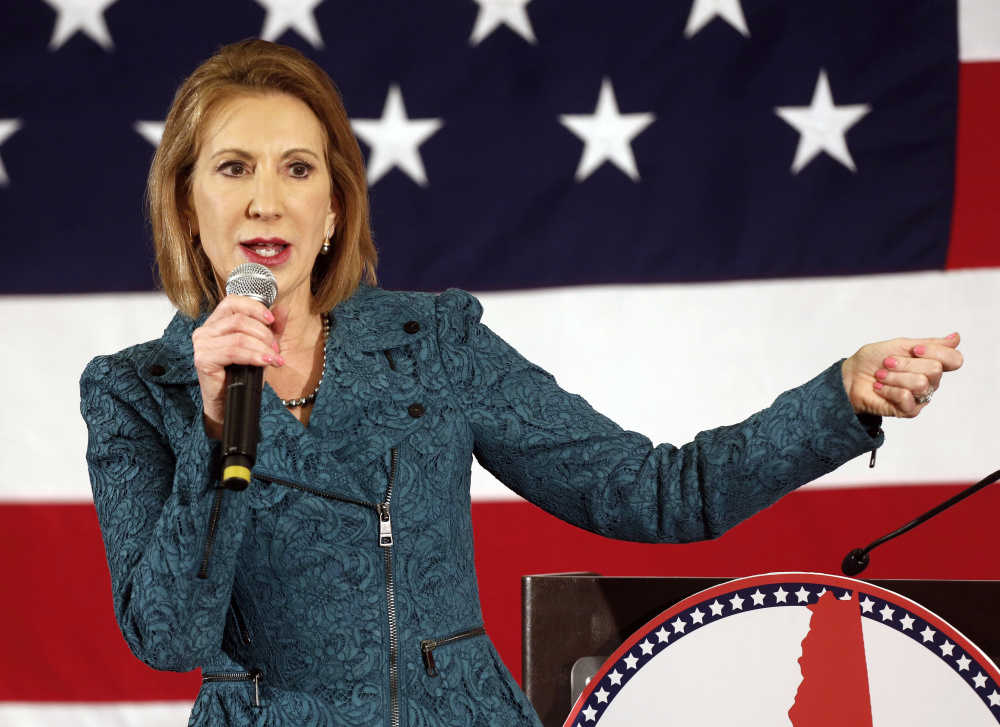 Results of the First Poll After the Debate

Trump was second with 18% but his negatives far outweighed that, 29% thought he was the worst in the debate.

Results of the First Poll After the Debate was last modified: August 13th, 2015 by Jeanine Martin

Morning Consult poll, whoever the heck they are.

Thank you! PPP also had a poll out today. I will try to get all three up on the blog soon. Thanks for posting this information. I’ve never heard of the Morning Consult poll either.

Here is a view that comports with my assessment of the Trump candidacy. I know Trump supporters are frustrated. So am I. But check out what Matt Walsh has to say. I think that he nails it.

Good article, thanks for posting the link. I understand what he’s saying and his anger but I also understand Trump’s fans. I continue to think that it will short lived, Trump will be a big flash in the pan and just as quickly flame out. That’s my story and I’m sticking to it.

Perhaps it is time for supporters and antagonists both to put Trump the “person” aside and engage in a serious discussion on the underlying issues that propelled him on the national scene in the first place. As a non Trump supporter sitting quietly in the core Republican base observing the reactions to date from the establishment wing and others this has all been about Trump the misanthrope, Trump the bore, Trump the non conservative, Trump the evil manipulator with little to NO discussion on what brought him into national focus: immigration policy, big money in politics, the budget and economic policy, foreign policy and free trade. It appears to me the media is very intent on destroying his candidacy but their motivation in my opinion is to remove his messaging from Republican primary consideration, they will be hitting up the man again in the future for investment cash or joint business opportunities. For all except Cruz and Carson (and perhaps Fiorina) the remaining field has spent less time addressing his message as the current front runner then marching to the orchestrated drum beat of the national media criticizing the messenger, as he meanwhile has clearly shoved the entire group and process grudgingly to the right. I don’t much care what happens to Trump the man and with his business influence and wealth he can take care of himself, but I DO care about those in the media and the party that what to see him go away because he brings to the forefront national issues they would prefer not to put under discussion. Do a gut check and make sure you can confidently say you are not being manipulated would be my only advice.

You may be right. I’m waiting for the more valid polls to come out today. Please let us know if you see any,

I’m not clear why you would say that exactly. Polling techniques are very standard, margin of error is 3.4% among likely Republican primary voters and the polling methodology is published along with the reported results, something that is generally not done. I looked through the published methodology briefly and didn’t find anything that would warrant it being called worthless. Why do you believe that to be the case? I enclose the URL for the poll’s published methodology below for those that are interested. But I’m not seeing the worthless comment in my quick review.

Not only was it a non-probability, but the possible sample size was only users of Survey Monkey (not exactly a representative sample), which they then weighted to represent US Demographics which will not necessarily reflect the sample of Republican primary voters.

They even admit that because it is a self-selecting poll (you had to sign on to Survey Monkey and choose to take the poll) that they cannot even weight it for sampling error.

This poll is slightly better than the Drudge Report “who won the debate” radio button poll. Not scientific.

Ahh, I think you may be a little confused on now non-probability polls are typically used and operate in the polling business, they are most certainly NOT a non scientific radio button poll, but I think it may be your distaste that is driving your opinion here as much as the logic. Others will be out soon and after looking at how they did this one my guess is it will fit the trend line not be an outlier. The good part here is we will be able to see who is right and who is wrong in a few days at the most because this will be a heavily polled effort as I believe we all realize and if I’m wrong I will gratefully stand corrected.

Trump has enlivened the Republican Party. The RINOs have tried dignified for the past 30 years and dignified has gotten us a string of losses – and I consider Bush 2 a loss which required the Supreme Court to intervene.

My candidate choice is Cruz but many Republican pundits and authorities criticized him for shutting down the government. Give me a fighter with the ability to make substantive interesting and compelling to the American electorate. So far, Cruz and Fiorina are leading the pack in this regard while Trump is bringing in the crowds.

I remain stunned that Trump retains support after his boorish behavior during (and after) the debate. There was a profound contrast between Trump’s bombastic arrogance and vacuous responses, and the substantive and dignified presentations by Rubio, Fiorina, and Carson (to name a few). While Trump professes to be a “tough guy,” he spent part of the night and the next few days tweeting and whining about his ill treatment at the hands of Brett, Megyn, and Chris. Even the erudite Charles Krauthammer did not escape The Donald’s rage. It feels like Trump against the civilized world, and he is fast running out of people to call stupid and incompetent.

Stuff happens when you try to rig a debate.

Exactly. #FoxPuppets tried to take Trump out of the race. #EpochFail. Bottom line is Trump represents a movement that the DC Elitists and the elite Media conglomerate don’t grasp. John

I do note that all of you are blaming the debate format and moderators for Trump’s embarrassing behavior. What happened to accountability?

I don’t think we watched the same debate. The Donald survived the sustained attack put on by all three moderators and came out unscathed if you look at the latest poll from NBC. As far as him running as a third party candidate, I think that threat is the only thing keeping the squishy establishment types leading the GOP at bay. Only a weak minded namby-pamby would give up that kind of leverage. The Donald is no pansy, no matter what else you think about him.

Oh man when FOX becomes the enemy of the crazies we are in an alternate universe.

This election is already wild and wooly! Just wait until Biden jumps in! We’ll have fireworks on all sides!

Unfortunately, I have to agree. The entire controversy was staged for ratings and to embarrass Trump. Those who hate Trump point to his apparent inability to handle Kelly. Those who understand the dynamics of a debate and the role of a moderator are a little less inclined to be critical.

Well said, can’t help but agree and laugh at your last sentence.