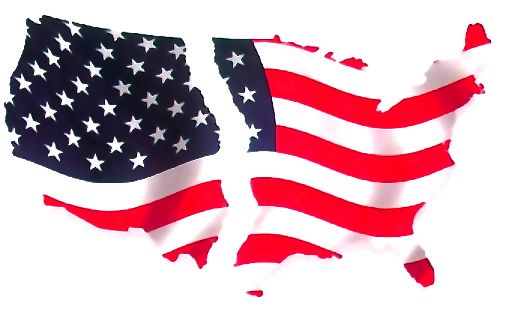 The Cold War between the United States and the Soviet Union (1940s to 1991) operated under a doctrine called Mutual Assured Destruction (MAD), where both sides were armed with enough nuclear weapons to destroy the other.  In both nations most citizens did not like the situation, but out of fear of the other nation, they supported leadership that embraced the MAD doctrine.

The current presidential election between the Democrat and Republican parties seems to be following this same MAD doctrine.  The Republican Party is armed with Donald Trump, while the Democrat Party is armed with Hillary Clinton.  The majority of Americans do not like either candidate.  Yet most voters are feeling compelled to support one or the other of these undesirable candidates out of fear that the other will become president.  Both candidates have stoked the fire by focusing their campaign on their opponent’s unpopularity.

Either party could have nominated a more favorable candidate, but the drive for power overruled what would be best for our country.  The primary process showed that both Trump and Clinton will do whatever it takes to gain power – “the ends justifies the means”.  Neither seems bound by any ethical or moral guidelines.  Both embrace a quite authoritarian view of the presidency.

Now voters are stuck with trying to figure out which one of these unsavory options is the least dangerous.  For the most part the focus of this decision is based on the next four years: nominees to the courts, battling terrorism, civil rights, immigration policy, tax and regulatory policy, etc.  However, should either be elected, and our nation survives, the 2018 congressional and 2020 presidential elections are very likely to swing hard toward the party not occupying the Oval Office.  So be careful what you wish for this election because, as has often been the case, it might be setting the stage for a hard swing in the other direction.

For those of us who recognize the dangers posed to our nation with either Hillary Clinton or Donald Trump becoming president, we have a bigger choice this election than choosing what we hope will be the lesser of two evils.  Our bigger choice is whether our vote supports or rejects MAD elections driven by fear rather than hope.

Thirty minutes on the Internet looking at the other options is almost certain to provide a candidate that is more suited for president and better represents what you want to see in America.  If any of these win just a few small states Trump and Clinton may be held below the 270 majority delegates needed for an outright win.

When no candidate wins outright, the election for president goes to the House of Representatives to pick among the top three, while the Senate picks the vice president.  So it is equally important to get a commitment from our representative that he or she will reject both Trump and Clinton if the race goes to Congress.

Given the polls regarding how Americans feel toward Trump and Clinton, keeping Trump and Clinton from winning should not be a long shot.  However, the fact that they have gotten this far is a testimony to how ripe America is for fear-driven politics.

The end of the Cold War and the MAD policy was a great day for the world.  Election Day will show whether or not American voters rose up against fear-based MAD politics and instead embraced the ideas and hopes that have motivated people from all over the world to make their home in America.

Will both sides lay down their respective MAD political weapon and put future generations of Americans ahead of this insane political power fight?  November 8 will say a lot about what kind of country 2016 America is.  “A [nation] divided against itself will not stand.”

So, the American people should throw away their vote so that our f*%^*}-ed up Congress can cast the vote for President instead?

Heck, I bet if you count up the RINOs on the wall you can find a block that have publicly prostrated that they won’t vote for Trump or Clinton — so they then will vote Green?

Or they will reject Trump and Clinton in favor of Aleppo in the Third???

So the new Libertardian campaign slogan is “Maybe we can trick you?”

There is no greater proof that we still have freedom of expression than articles such as this. The downside is that it also shows even Shak can become a Senator.

I have considered that and to your point our biggest problem is Congress, because that is supposed to be the most powerful branch, but has no idea or simply does not want that responsibility. I say, let shove the responsibility that they are supposed to have right at them and watch them squirm all over. At this point it really cannot do worse. And yes Johnson might win the House, but Pence would win the Senate. I am not at all thrilled with Johnson, but he is not more ignorant than Trump, even with his Aleppo moments. Trump rarely says anything of substance. If conservatives will bail on Trump, maybe Progressives would gain the courage to bail on Hillary. Just a few states is all we need. Stay the course and Trump likely loses and even if he won do you really trust that he will follow anything his campaign has put forth. He might, but he might not. The country will be severely divided if either Trump or Clinton are elected, and neither has the capacity or interest to bring our nation together. There has to be a better path.

I think I’ll pass. I’m going to trust the people as sovereign.

You do realize the house caucuses to chuse, and you think they will pick Johnson or Hillary and that’s OK with you?

Maybe some day the American people will insist on candidates who have read, understand, and believe in our Constitution. How do you run a country without a rule book?

Well said. We live in hope.