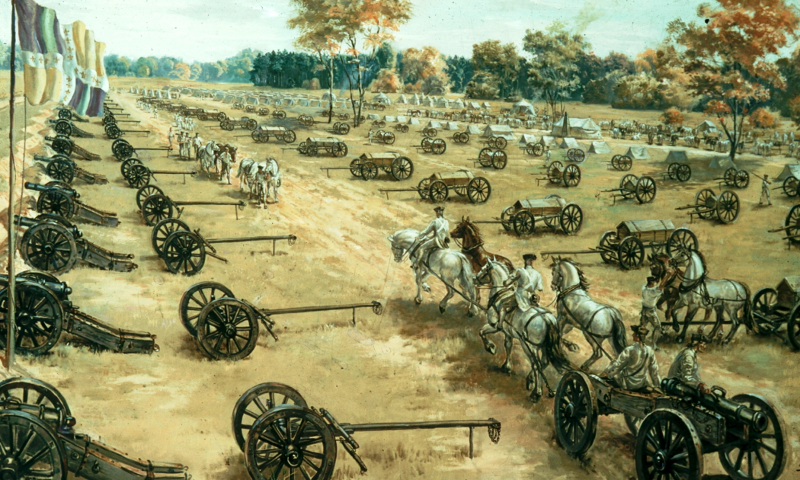 It is often said war is when the politicians tell you who your enemies are, and revolution is when you figure it out for yourself.

And right now in Virginia we are in the middle of a new Revolution, one based upon the founding ideas of our Republic and led by the people, not the political class.

The true result of the November 2019 election is not the ‘blue wave’ of power in the General Assembly as Democrats have taken the majority in both Houses, but rather best seen in the town halls, meeting rooms and gun shows where a sleeping giant for liberty has awakened.

And this is not a re-hash of the ‘Resist’ movement the political left has adopted since President Trump’s election, but rather a full scale political revolt.  We are not simply playing defense against tyrannical laws, but rather going on the offense to take Virginia back.

One not led by politicians, nor talking heads, nor the establishment, nor political parties or even the media, but rather a movement unlike ever seen before in this century, a true revolution of the people.

Now some may argue the 2008 Tea Party movement was such, and at its beginning it may have been.  But the Tea Party was shortly neutered by aligning the Republican Party and its politicians. The fact is that the Tea Party Movement held the most power and sway when both Democrats and Republicans feared it.

And that must be the lesson we apply to the new movement for liberty and freedom in Virginia; never be co-opted and manipulated by a political party for its gain.

All across the Commonwealth a growing grassroots army of activists have worked to pass “2nd Amendment Sanctuary resolutions, declaring their County will not support any increased anti-gun laws in Virginia.

Now some will say, as a ‘Dillon Rule’ State, these resolutions do not hold the power of law, and they may be correct.  But in doing so they miss the big picture.

One that we must not let be taken over by the Republican Party of Virginia and used for their gain.

This movement is not to help Republicans regain power.  But rather it is a movement of the people, by the people and for the people, against all who oppose their constitutionally protected rights.

And why is this?

Well simply because not only have Virginia Republican Politicians, time and again, refused to pass Constitutional Carry, thus giving the Government a list of gun owners in a state without firearm registration. Not only that,  but they have also introduced legislation to create Red Flag Gun Confiscation Laws, legislation banning firearms from government buildings and parks and then also voted to expand socialized medicine in Virginia in 2018 by voting to fund the Obamacare expansion.

And if you think for one second that the current crop of Republican politicians is different, they are not.

Just a few weeks before the November election, a state delegate in Loudoun County led the fight to stop the Bill of Rights Resolution many of us had crafted in to state our opposition to Red Flag Gun Confiscation Laws.  This Resolution was intended to send a clear message that the Republican Party stood for the Constitution as written for all voters before the election.

The particular delegate argued that not only standing for the Constitution, the Bill of Rights and our God given liberty would actually help the Democrats, but also that if the Loudoun County Republican Committee passed the Bill of Rights Resolution, it would hurt Republicans like Tim Hugo, David Yancey and Jason Miyares in their re-election campaign, since they sponsored and supported their version of Red Flag Laws.

Let that sink in deep.

Now of course, after the election, the Bill of Rights Resolution passed with virtually no opposition.  Why? Because many of the Republican politicians now see it as a method to regain their power.

But I must remind them that is not the case.

It is time the Republican Party learns a hard lesson, one that Presidential Candidate Barry Goldwater expressed, in that ‘Extremism in defense of Liberty is no vice’, but I would also add that moderation in the face of tyranny is.

If we hope to restore and preserve freedom and our individual rights, we cannot be, as the Tea Party was, taken over by the political class and end up being loved and manipulated for the personal gain of elected officials.  Instead we must always be feared and respected by both major political parties if we hope to defend the Constitution in Virginia.

That this new revolution must never be co-opted but instead stay true to the course of opposing all who attempt to gut our freedom, no matter what letter politicians hide behind.

As the Democrats take power in Richmond, let us not fall prey to enterprising politicians who want to use our efforts to increase their power.

From Red Flag Gun Confiscation schemes, Semi-Auto weapon bans, universal gun registration hidden as universal background checks, banning firearms and self-defense training and a host of other Democrat sponsored legislation that is being introduced, do not forget that many so called ‘Republicans’ have supported the same in the past.  Including the leadership at the National Rifle Association.

Don’t believe me?  Just look up the US Senate Hearings in 1999, after the Columbine shooting, when the executive president of the NRA spoke in support of universal gun registration through universal background checks.

Perhaps this is why many of my friends in the liberty movement and defenders of the 2nd Amendment have termed the NRA as “Negotiating our Right Away”.

There must be no compromise, we have lost too many of our constitutional rights over the past 100 years to compromise, be civil or ‘reasonable’ any longer.

And as Virginia stands on the precipice of total and complete authoritarian destruction of the 2nd Amendment ,we must not back down, but instead stand united as a free people defending their liberty against all those who attempt to trample it.

And in the end, to paraphrase a great American Statesman, may future generations of Virginians, look back on our efforts, and say that ordinary men and women, in a moment of great crisis, stood up against their politicians, the establishment, the media and political class, and saved Virginia.

And if so, the election of 2019 was exactly what Virginia needed.