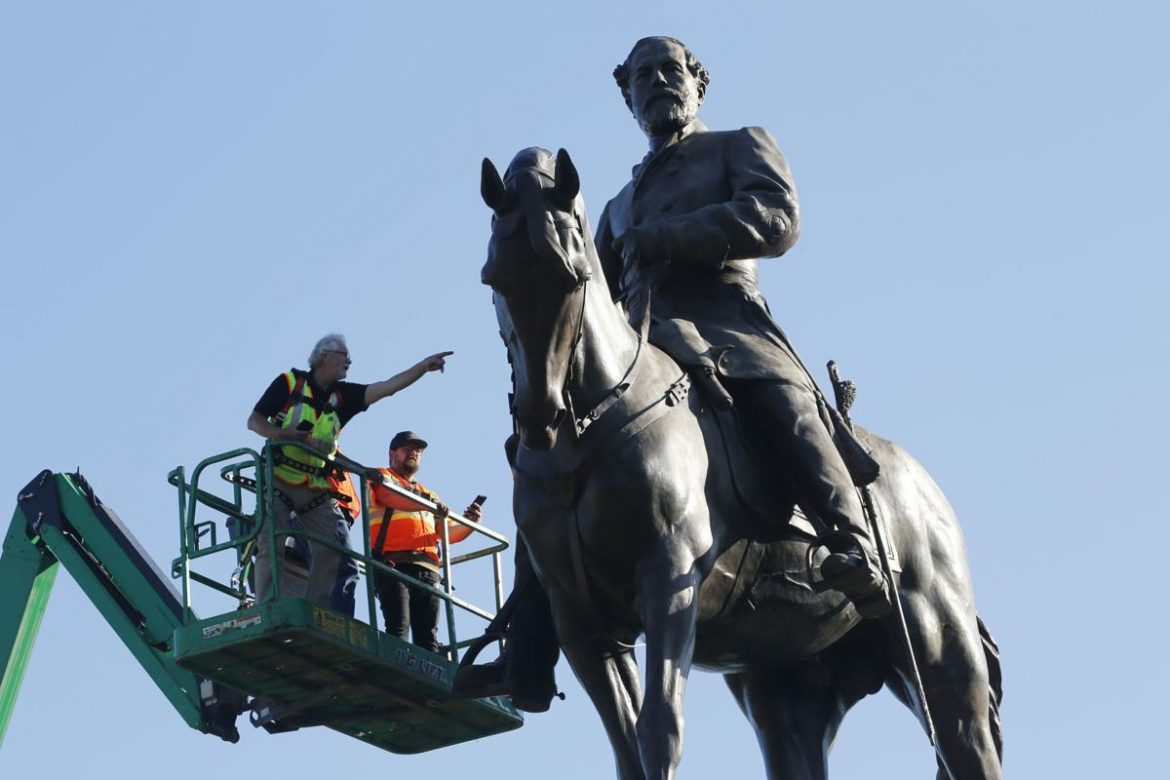 Richmond Circuit Court Judge Bradley B. Cavedo has issued a temporary injunction to bar the removal of the statue of Robert E. Lee on Monument Avenue in Richmond. The injunction will be in effect for 10 days.

Governor Northam has ordered the statue, which he considers divisive, be taken down as soon as possible but the judge said there is “a likelihood of irreparable harm to the statue”.

The injunction was sought by William C. Gregory who maintains that the state promised to “affectionally protect” the statue when they annexed the property from Henrico county. Gregory is the great-grandson of a couple who signed the deed.

More details on this story here and here.