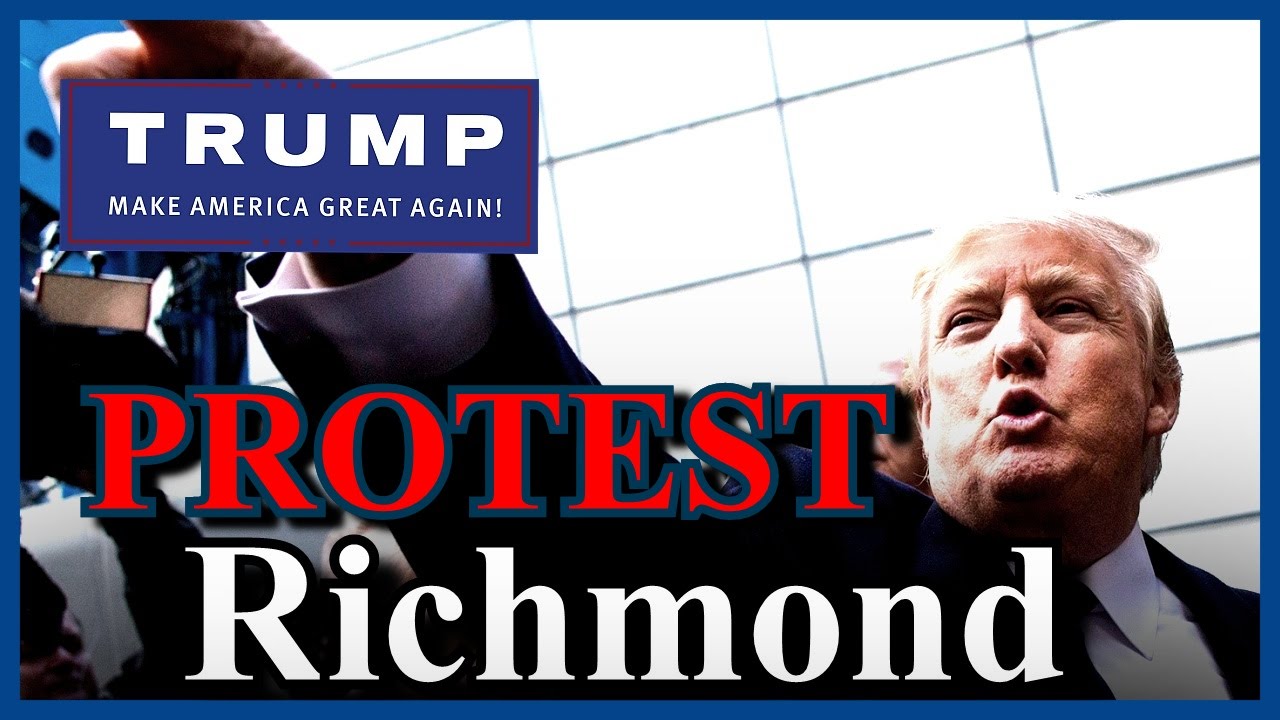 Students at Virginia Commonwealth University were given the day off yesterday so they could mourn and soothe their feelings over the Trump victory on Tuesday.  Such Special Snowflakes!

But that wasn’t enough for these poor babies. They had to take to the streets of Richmond, blocking traffic, and vandalizing the headquarters of the Republican Party of Virginia.  They also vandalized monuments on Richmond’s famous Monument Avenue.

The parents of these hoodlums, who pay for their children to behave this way, must be so proud of their rowdy offspring. Ten of them were arrested when they refused to leave and continued to block traffic on I-95 with their little protest:

Republican Party  headquarters at the Obenshain Center was vandalized with graffiti on the walls, windows and doorbell broken.  Party Chairman John Whitbeck issued the following statement:

The violent protests that led to the vandalizing our headquarters are unacceptable but not unexpected.  The Clinton campaign, the Democrat Party and their supporters in the media spent the entire presidential campaign calling Trump supporters such terms as racist, sexist, mentally ill and a ‘basket of deplorables.’  Our candidate’s signs were stolen, vandalized and even at times defecated upon and we heard nothing from Democrats to demand this behavior stop.  The hateful rhetoric we have seen these past few months is the cause of this violence.”

More bullying from the left, just as we have come to expect.

Clinton is to blame for this.

She was the one who decided to run away from her own record and make the campaign about maligning Trump. That was her whole strategy, make Trump so toxic he could never win, and she wins by default. That was how she avoided talking about her own record, because the last thing she wanted to do is defend the ACA law, talk about the economy, or anything like that. Instead, talk about how much of a racist, etc, Trump is

Outstanding point. Also she had to deflect her and Bubba’s own ethical problems and her record in government. I challenge any Hillary imbecile to give me one success Hillary had in her time in government. Oh except directing government contracts and policies towards her donors. NOW there she succeeded.

I will give you a success. The Ackinton foundation was one of the greatest criminal enterprises in history. If she had won the election, it would have continued albeit under a different umbrella.

I… have to agree with you here… It would have been interesting to see how they would have morphed that foundation had she won.

I grabbed a lot of materials to distribute from RPV HQ this cycle. At least the other states were able to pickup the slack caused by the mischief here. I hope Va redeems itself, one day. Cathy and the rest of the staff there, couldn’t be nicer.

The ones on the interstate – run them down.

They are already run down, publicly berating them will do no further good. Instead, roll down your window and offer them a copy of the Republican Creed — if those enthusiasts at the HQ didn’t run us plumb out of them.

There is a very dark side to how the Democrats have operated with the events beginning in Ferguson. The undercover video from Project Veritas showed the dark side of how the Democrats are operating. Through their Black Ops, often funded more or less by guys like Soros, they are creating action teams to riot and incite violence. Democrat leaders need to call this crap off and now. This country is a powder keg.. Soros is going to set loose his goons and they are going to pick on the wrong guy. That guy will have a conceal carry. Now you are looking at a real problem.

As I posted on BD, the thugs should have to pay for their damage. Make them eat it. I am not donating to the RPV if they are going to refuse restitution funds from the Democrats.

I read BD for the first time in a while… I noticed that Schoenman was trying to make nice for calling everyone racist xenophobes, cracker Klansmen. Shucks they really didn’t mean that… I guess even those dopes got the message that people want a border. It took the lose of their sugar daddy Eric Cantor and Trumps rise for those idiots to finally get the message.

They were probably waiting for Trump to lose so they could explain to all the children how misguided they were. Oops.

A) you posted on BD, so what and no one cares.
B) thugs don’t pay, thugs get paid.
C) Just designate ‘not for windows’ on your frequent and regular checkies.
D) The democrat party doesn’t win positive PR from this.
E) Can we now have our RPV-Cam out the front door?
F) Better yet, give Findlay his window office and he would have dispersed the crowd with his icy stare.
G) Get bulletproof glass replacement and send the bill to VCU. Every month… publicly and forever.

The thugs are students. They have no money. The democrats orchestrated the damage. The State should prosecute (good luck with Herring). The RPV should sue not only for damages but for psychological trauma. Make the suit for $50 million against dpi, vacuum and students.

The list of names suggests that some are college students. If so, then they should be expelled. Unfortunately, too many college administration don’t have the guts to do such a thing because they fear SJW snowflakes will attack the campus. So, they will get some type of fine (maybe) but almost certainly no jail time or requirement to repay the damage.

Yes, they are students at VCU. The school gave them the day off from classes and they took to the streets.

Thus, the college is liable as well. Will be interesting to see if any lawsuits result for damages. The students might not be able to pay, but VCU sure can.

We should start a campaign to call the school and demand they be expelled as a lesson to the others. Our tax dollars support that leftist excuse for a university.

Get in touch with the alumni association and board of visitors. VCU is an embarrassment.

Or they now want to demonstrate that they enthusiastically support the nominee?

Or were just trying to metaphorically break through the glass walls to make the party accessible to all?

We should forgive them, and welcome them back into the party!

Obama has spent his entire administration encouraging division and hatred. This is his legacy, and it is one of failure and anti-American and anti-Constitution actions.

And it didn’t have to be that way.

Obama came into office and his party basically said it’s my way or the highway. Fine. Winner take all politics, if that’s what you want, then that’s what you’re going to get. Had Obama not refused to work with Republicans in Congress he might have actually accomplished something. As it is, his only “accomplishment” was the ACA law, and that is set to be repealed in 3 … 2 … 1 ….

After the ACA law was rammed through there was so much bad blood that Republicans refused to work with him for the next 7 years, not that Obama was out there trying to win support from them.

The trouble with Obama is he really believed his own press, he really does think he’s smarter than everyone else in the room, that he’s the only one who has a vision worth following, and that he really is worthy of all the praise his followers heap on him. Any other President would have made jokes about getting the Nobel Peace Prize, but Obama believed he deserved it. That attitude is what made it impossible for him to negotiate with Congress and accomplish anything. It could have been different if he could have just gotten off of his high horse long enough to establish relationships with Republicans in Congress.

In the end, Obama only represented half of this country, and that was his own choice

Actually, he didn’t even represent half the country. His ideological vision was that of globalism, same as Hillary. As such, he had no interest in America as a country.

Well, whatever the case, it doesn’t matter now. It’s time for him and his wife to pack their *&^% up and find a moving van.

He still has a couple of months to do more damage, and you can bet he will. Probably in the pardon arena.

Starting perhaps with Hillary. But you know… I don’t think he likes the Clintons all that much and now they are useless to him…

Obama was using the Clinton private server. So far, we don’t know how involved he was from a criminal standpoint.

If someone is going to pardon the Clintons and their vast crony foundation, it is obama’s job. If he doesn’t do so, then a new attorney general had damn well better create a special prosecutor.

Trump ran on law and order. No time to step away from it.

Dead on about Obama having emails going through that server. I believe i read he had his own off record account too.