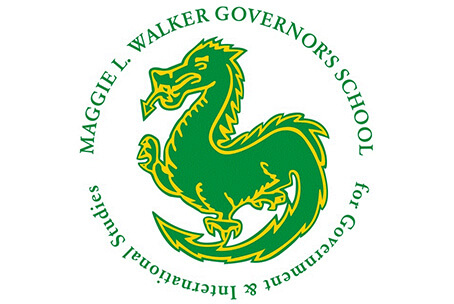 It has come to our attention that the major abortion advocate in America, Planned Parenthood, is attempting to establish a student group to “engage in the political process to win elections and pass pro reproductive freedom legislation” in a Richmond area school. No big deal, right. College clubs are founded all the time by advocacy groups; except this is not being formed on a college campus where young adults are mature enough to decide for themselves what clubs they want to join. Or this must be a private school, with an agenda they want to push, right?

Actually, this “Club” is being formed in a public school. A school funded by taxpayer dollars. A school that, because of federal policy, cannot have prayers or religious teaching of any sort, but they can have a club that advocates abortion.

Maggie L. Walker Governor’s School for Government and International Studies (MLWGS), which proclaims on their webpage that it “is an innovative public high school offering a comprehensive college preparatory program emphasizing government, international studies, science, mathematics, languages, and fine arts.  The school serves students selected on the basis of aptitude and interest in its mission.” So MLWGS is a prime target for a group that wants to push a pro-abortion agenda. With kids a young as fourteen in the high school program taught at MLWGS, what better place to begin an indoctrination process. One has to wonder, in the spirit of fairness, is there a similar club on campus espousing a pro-life agenda, with pregnancy counseling that promotes the rights of the unborn? Several calls to the school Director’s office went unreturned, so we cannot answer that here.

Since the schools that feed students into the advanced programs at MLWGS have no say into what clubs are allowed to be formed there, you may want to speak to the school Director, Jeff McGee, Ph.D. Another person who may be helpful in understanding the thought process behind bringing in the abortion advocate, Planned Parenthood, would be the Club Faculty Sponsor, Dr. Janet Spencer, whose husband just happens to teach at the Baptist Theological Seminary.  The number for the school is 804-354-6800. Since the school is publicly funded, surely they would be more than happy to answer your questions. After all, if you live here in Virginia and pay your taxes, you have a vested interest in the school.

Before you encourage readers to hassle the Director of a local public school with phone calls, maybe you could let them know how this has come to your attention? You note that the purpose of the club is, in quotes, to “engage in the political process to win elections and pass pro reproductive freedom legislation.” From what source are you quoting?

And then finally, I guess I would ask this: do all student groups at public schools need to be vetted by the public? If a majority of the parents/families at Hugenot High School are pacifists, for example, should the school close down the JROTC club?

where is the evidence that they cannot have religious clubs? This is a non-truth(lie). In public schools, kids can have the clubs they want. Your assertion that because it is publically funded they cannot have a club is totally wrong, and you know it. As long as it is a student club, they can do what they like.

SD, read what is written. Public schools “cannot have prayers or religious teaching”.

Public schools cannot make all students participate in religious teaching. But they can (and do) have clubs that they can join. I was part of one myself in a Henrico Public school and prayed on school grounds every morning before class and we read scripture. Can’t allow one and not the other.

Don’t want an abortion? Don’t have one.

Let’s have murder be legal too. Don’t want to murder someone? Then don’t.