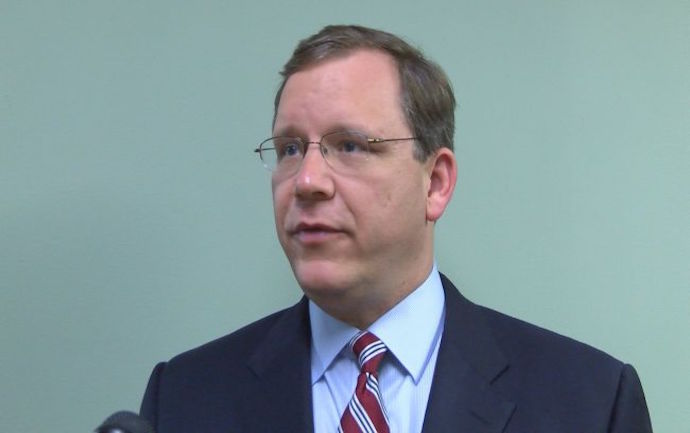 First, he can and will beat Mark Herring. John’s record stands in stark contrast to that of Mark Herring’s. John has never run for political office and has spent a significant part of his life in public service. From his days as a United States Naval Officer to clerking on the Supreme Court for Justice Clarence Thomas to serving as a federal prosecutor, John has demonstrated that service comes natural to him. We don’t need another career politician in the Attorney General’s office, and we must nominate someone who can beat Mark Herring.

This week’s travesty of justice—with Hillary Clinton clearly violating federal statutes and getting off scott free once again—illustrates in grim detail the crucial importance of stopping the lawless Clinton/McAuliffe/Herring assault on our constitutional liberties. Virginia cannot afford another four years of Mark Herring’s open war against our freedom, and I’m confident that with John’s background on the Supreme Court and the pro bono work he’s done for the Little Sisters of the Poor and Hobby Lobby that he will be a staunch defender of our constitutional rights.

This leads me to the second reason I am supporting John Adams. He truly understands the job of Attorney General. While some like to call the Attorney General the “top cop,” the Attorney General’s real role is to be the chief defender of our federal and state constitutions, and be a stop gap between an out-of-control, ever-growing, out-of-touch federal government and the Commonwealth’s sovereignty.

Like Justice Clarence Thomas, I am confident that John Adams shares his dedication to understanding and defending the original intent of our Founding Fathers. Adams is an experienced constitutional lawyer, with a track record to prove that he will be a tireless defender of our civil liberties, defend the laws of Virginia, and push back against federal government overreach.

If you’re tired of career politicians like Mark Herring shredding the very fabric of our liberty, I hope you will join me in supporting John Adams as the next Attorney General of Virginia.