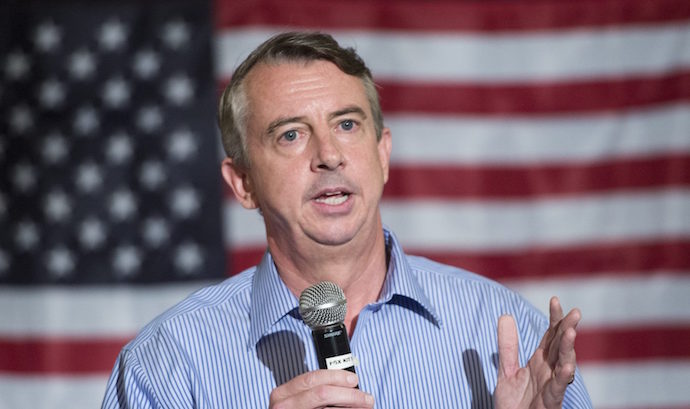 As I’ve gotten to know Ed Gillespie, I’ve been impressed by his commitment to the Constitutional principle of limited government and his support for policies that protect personal liberty and foster freedom in our Commonwealth and our Country.

Ed is a true movement conservative.  He is an ardent advocate for religious liberty, our Second Amendment right to keep and bear arms, private property rights, and the protection of innocent human life.  He and his wife Cathy have demonstrated their dedication to our nation’s founding principles through their generous support (both financially and through over 14,000 hours of volunteer service) of constitutional education programs in the public, private and home school communities.

As Governor, Ed will advance policies based on these principles.  He knows that we must reform our schools and give parents greater control over our children’s education.  He will put an end to McAuliffe’s rolling blanket restoration of rights to violent felons.  He will lay out a substantive plan that includes tax and regulatory relief to spur much-needed economic growth in Virginia.  And we can count on Ed to restore fiscal discipline in Richmond.

Ed is a tireless campaigner who has proven he can share our conservative ideas in a way that appeals to all Virginians.  In 2014, he unified our party to nearly defeat the supposedly unbeatable Mark Warner, despite being abandoned by the national party and so-called conservative super PACs.  He can again bring all Republicans – and all Virginians – together to win in 2017.

Ed would be an honest, ethical and principled servant leader worthy of Virginia. I am proud to endorse and support him to be our next governor, and urge you to do the same.

Rick Buchanan is a small businessman and activist in Fauquier County.  He currently serves as President of the Virginia Tea Party Patriots Federation, and as Vice Chairman of the 5th Congressional District Republican Committee.