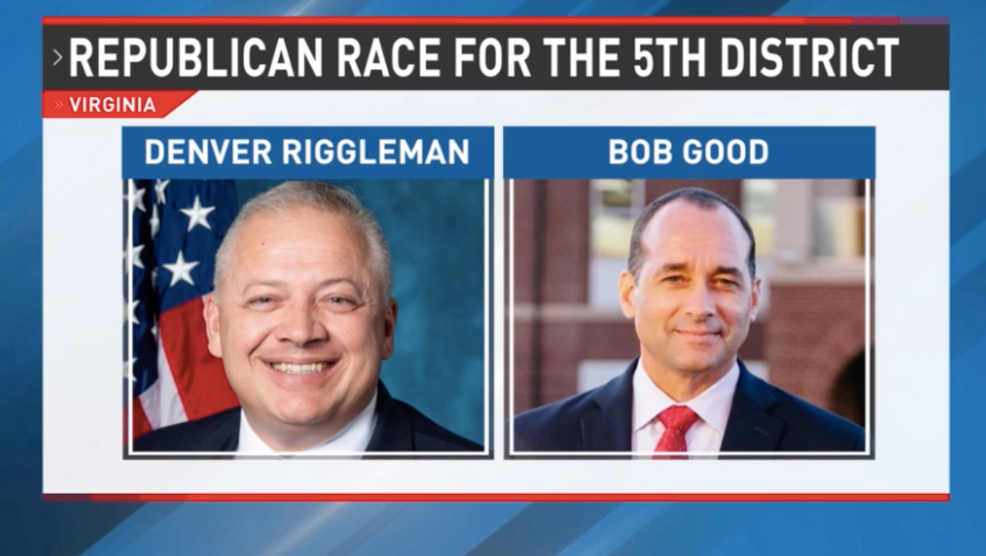 At the 11th hour, Denver Riggleman’s campaign found today what they hoped to be a loophole that would keep his opponent, Bob Good, off the ballot in November if Good wins the convention in the 5th district tomorrow.

“It recently came to light that Bob Good did not turn in his Statement of Candidate Qualification Form as required for any candidate to be on the November ballot. Congressman Denver Riggleman did. Bob Good missed the Tuesday, June 9 deadline. This is amateur hour at its finest and shows Bob Good isn’t qualified for Congress,” Riggleman’s Campaign spokesman Joe Chelak said.

Lynchburg, Va — The 5th District Convention will be held tomorrow at Tree of Life Church in Lynchburg beginning at 8:30 am. Certified Convention delegates exceed 3500 voters from 23 localities which make up the 5th Congressional District. “My campaign is in a commanding lead and I expect a resounding win tomorrow. In fact, our turnout expectations have increased to more than 70% of our committed delegates” said Good.

The Good campaign was notified this evening that the Republican Party of Virginia has issued additional recommendations in light of Covid-19 to address aspects of candidate certification to the Virginia Department of Elections. This communication from RPV Counsel can be found here (https://www.bobgoodforcongress.com/wp-content/uploads/2020/06/2020_06_12_RPV_Communication.pdf).

The convention will be conducted as a modified drive-thru process that has been approved by the Republican Party of Virginia. Voting ends at 7pm. Election results will be announced by the 5th District Committee.

The Republican Party of Virginia has asked for an extension for the candidate forms to be submitted because of delays caused by COVID-19. The original date of June 9th for the political parties to name their candidates, and submit forms to be on November’s ballot, was set before the extensions were granted for party conventions and primaries. June 9th was the last day for primaries, before COVID-19. Districts hadn’t even chosen their candidates, or submitted the candidate’s forms, by June 9th because of the changes in dates for primaries and conventions due to the virus. The date of June 9th should have been changed to July 28th, the new deadline for November candidates to be chosen.

Chris Marston, General Counsel for RPV, explains it all here in his letter to the State Board of Elections. It is being reported tonight that the SBE will grant the extension for all candidates.

Board of Elections grants paperwork extensions to Bob Good and Nick Freitas – The Bull Elephant July 7, 2020 at 3:55 pm

[…] Virginia’s State Board of Elections has granted extensions for campaign paperwork to 5th district Republican nominee for Congress, Bob Good, and Nick Freitas, a candidate for Congress in the 7th district.  We previously wrote on this subject here. […]