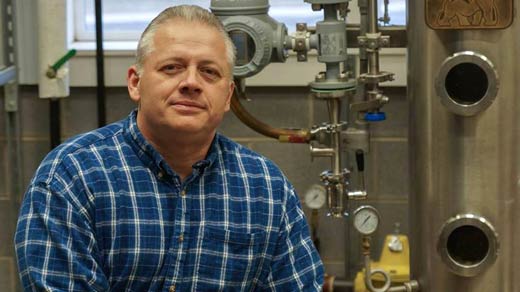 His “take no prisoners” approach is likely to shake up the race.

Riggleman’s military mission planned the first B-1 bomber run into Afghanistan just after 9-11, on October 2, 2001.

This is one serious dude.

“That’s how I got my Intel street cred,” Riggleman said.

Riggleman shook things up on my radio show this morning.

He shared the Richmond regulatory horror story he experienced in his attempt to launch a spirits distillery business in central Virginia and hire workers.

“Richmond is rigged for the elites and wired for the cronies,” the upstart candidate said. “They either try to tax you out or regulate you out of business. Existing businesses donate big money to have legislators write rules to crowd out competition.”

Riggleman blasted the inherent system in Richmond as “the biggest self licking ice cream cone in history” while promising to “drag them all into the sunlight.”

He concluded with this one-liner: “It’s the stratification of business taxes, benefiting those in power and the privileged few.”

VA has become a cesspool. It is quite sad.

I am taking a hiatus from State and National politics. We have a crop of Republicans running for Statewide office who have never done anything for the conservative cause. I do have hopes for John Adams, running for attorney general. But an uncontested nomination is not worth the time it would take from my kids.

At the national level and the state level, we have two apparent choices. The Establishment Republicans of the old Bush machine, or the new personality worshipers of the Trump brand. For those of us looking for foundational principles of Liberty, neither offers much.

I am not one of those who feels I have to endorse candidates just to have my name in the headlines. Or just because it’s that time of year.

For this year, my political efforts will be devoted to local candidates whose principles I share and whom I can enthusiastically endorse without compromising my soul to do it.

I have a lot of trusted friends rushing to embrace one candidate or another of a useless bunch for governor and lieutenant governor. The reason I usually hear is that perhaps it gets you listened to, it gets you access. That’s not how it ever works in real life.

Here’s how it really works: The politician borrows your credibility, built up over years of fighting for things that matter. He uses this to co-opt the folks who trust you into supporting his agenda, namely his own acquisition of power. I can’t do it anymore. It doesn’t make me feel special anymore. I want my endorsement to mean something, and this is not how that gets done.

For those who want to argue over the differences between Democrat-lite candidates and a cult of personality utterly failing to approach anything remotely rooted in transcendent principle, knock yourself out. I don’t have the energy. I’m looking for black and white. For those who think you can see enough difference between the shades of grey to make yourself feel better, more power to you. It makes no difference to restoring our constitutional republic, and politically that is all I care about. I’ve worn myself out pretending this stuff matters.

So except for local candidates, I will see you all in 2018.

The heroic Jim Valvano said it best: “Don’t give up. Don’t ever give up.”