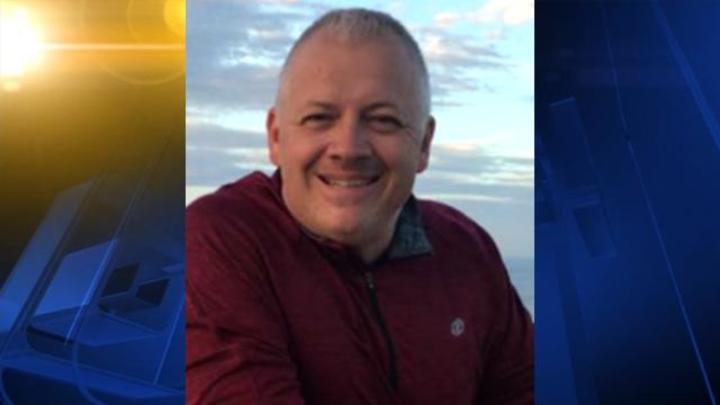 This morning, reflecting on some troubling and disturbing blogposts that have been popping up amongst a fringe alt-right element intent on influencing Republican Party Politics in Virginia, I wrote,

Alt-right underground sites will use this wedge-issue within the Republican Party, however, to empower themselves and their liberal tactic of identity politics. Promoting them will lead to a rejection of the Republican Party by the vast majority of the rest of the country.

One of these posts indicated that potential Republican Gubernatorial candidate and REFPAC Founder, Denver Riggleman, was a secret Gillespie operative with covert, recondite intent. Mr. Riggleman has just taken to Facebook to clear the air.

To summarize quickly it implies that I am an Ed Gillespie operative injected into the campaign for the express purpose of splitting the vote so that Ed wins the nominationâ€¦among other things.

It is rarely wise to give publicity to subversive, white-pride organizations. No doubt, they will be overly excited that I have decided to publicize Mr. Riggleman’s response to their unfounded and insane accusations. However, like Denver said in his response, “As I’ve said about defeating corruption, ‘the best way to kill a vampire is to drag it into the sunlight.’ The same thing applies to these folks.”

Virginia’s Underground Railroad should be condemned by all Republicans who wish to remain a majority (or even a minority) party. Here is their wacky “Alt-Right” manifesto.

Our slogan is “Virginia’s Alt Right” and you can expect the tenets of this philosophy to be imbued in our content. So what is the alt-right? Credit to Vox Popoli for outlining the core principles of the alternative right.

It is important for elected officials to understand that any association with this blog or the people who post on this blog will be considered inflammatory and anti-Republican. No candidate can get elected in Virginia if they remain silent about these fringe nationalist groups looking to exercise influence over the Republican Party.

I agree with Denver Riggleman’s response, which stated:

This Virginia Underground Railroadâ€™s charter reads like an excerpt from Mein Kampf. No serious candidate wants a single vote from a looney tune bastion of xenophobic, bunny slipper and robe wearing (maybe) disgraced political operatives that believe in UFO abductions, faked moon landings and that the 9/11 attacks were an inside job.

The Republican Party is a party for all Americans, regardless of religion, gender, ethnicity, or sexual preference, and we are obligated to come out publicly and condemn fringe elements that threaten our message of economic prosperity and liberty for all.

This is the work of the disgraced political operatives that worked for Michael Del Rosso (Hedlund, Chris Doss, Gray Delaney). They literally include the neo-Nazi’s infamous “14 words” as their 14th bullet of beliefs.

Reminds me of the ‘Sons of Liberty’ that periodically surface from time to time.

Usually, the kooks are what makes politics interesting, but #14 knocks them into being less relevant than BD (that’s twice now that BD has been less than worst, nowhere to go but up.)

I don’t buy it having any purpose other than embarrassing the GOP and the pseudo-populist ‘alt-right.’

I’m cynical enough to consider this a fake blog that perhaps tries to be a false flag.

Every conservative, Republican, TP whatever, sees item 14 as just plain stupid & the fast path to political suicide, and for that reason, this lame attempt is out.

I’m looking foward to Denver Riggleman going public soon – making his official announcement of his gubernatorial run, and getting his website live, with all his specific policies and positions laided out.

THAT will be excellent sunshine, and a definitive counteraction to cravenly, anonymous mudslinging.

What’s a Virginia election without a Sarvis for controversy?

That link goes to the goofy site. Did Ron send it to them specifically or did he just broadcast mail it to a bunch of folks who happen to include the conducting bozo?

These guys are the real nuts.

They were the top of the putrid food chain of a diverse host of nuts populating the mountains of the Western US in the 80s. The mountains were full of cults, sects, and drugs. Armed survivalists, Scientologists surrounded by concertina wire, the Synanon drug rehab cult who delivered a live rattlesnake to a critic, Rajneeshee cult followers who tried to poison an entire county of voters to gain political advantage. None came close to Hayden Lake.

You and Riggleman would better serve the party by sticking to conventional politics instead of playing bogeyman tactics. That way you wouldn’t sound like Dems scaring their children.

Don’t think that the nut bar cannot be transcended — we make a pretty good showing every year.

Do note that the propaganda purpose of the article referencing the goofball site is to associate by guilt and inference; Trump supporters, populists, Corey and Corey supporters, alt right, and any of our regular ragtag fleet of Republican weirdoes orbiting the RPV and its units.

Someone or something has influenced Denver into thinking a governor run is a good idea and that he can win or revel in the bully pulpit for some reason or another — a spoiler doesn’t necessarily have to be overtly cajoled into becoming a spoiler… sometimes a gentler campaign of encouragement is a better tool of persuasion.

You know how it works for sure. In bed with Ed.

Okay. In bringing this up, this nobody is creating more questions than he is answering. I’ve never heard of “Virginiaâ€™s Underground Railroad”, but now, thanks to this guy’s publicity, I’ve got to check it out, because there is a lot of cryptic stuff here. More political intonation, which I assume is aimed at an opposition gubernatorial candidate. If this organization is truly as disreputable as this guy claims, then he shouldn’t be giving it credence.

He explains himself. I agree with you and I agree with him. You can’t ignore really nasty stuff when Republican State Central Members are posting there can you?

Are they posting there or being quoted there? I never heard of it before your article and I don’t think it’s worth the time of day because of how it identifies itself.

However, “broken clock, twice a day” if that POS is the only avenue for exploring issues, then they will get attention.

But cheap-shotting Whitbeck is like a Kardashian clawing for headlines — gets old really fast (unless you do it with flair and/or a Shak verbification.)

Ron Hedlund pushes this on his personal FB page and in numerous groups and has written for this “blog”.

I can’t get that URL to work and I don’t give Facebook anything other than an outstretched finger.

This is ‘Primary Ron?’ The guy who who kneecappED Gillespie and Adams before they got out of the locker room??

Bet he’d be smoking in the Cranberry Velvet someday.

I couldn’t get the link to work either, but I did go to Ron Hedlund’s facebook page and found this.

“The person who used my name without my permission, to create a domain (RONHEDLUND.COM) and linked it to VAUNDERGROUDRAILROAD.BLOGSPOT.COM apparently has taken it down early this morning, I am informed.
I am told the domain was registered July 23.
It was taken down, only after I spread it far and wide to show the culprit, I will not be bullied into submission.
I do not believe in white supremacy. I don’t believe in promoting white supremacy. I don’t know how much more I can say than that.
I also don’t believe in tactics of the left being employed by keyboard warriors to intimidate, shame, and suppress the 1st Amendment. That is, perhaps, even worse than promoting racial supremacy.
With that, at the risk of certainly offending a share of the leftist population, MERRY CHRISTMAS!”

Ron should pursue this investigation — I’m sure it violated the TOS and any implied privacy.

Time for the purchaser of ronhedlund.com to come clean here and now on TBE!!!

Unless there could possibly be another scoop venue for such a…
B log D issemination???

Wow! These guys are nuts.

Take a good look around every Republican event you attend, I have #NEVER seen/heard anyone advocate #14 — I’m pretty sure that’s agitprop.

They represent a tiny minority, but one that needs to be condemned.

No, not condemned, run out of town on a rail — there is none of that crap in the 10th or in any of the RPV.