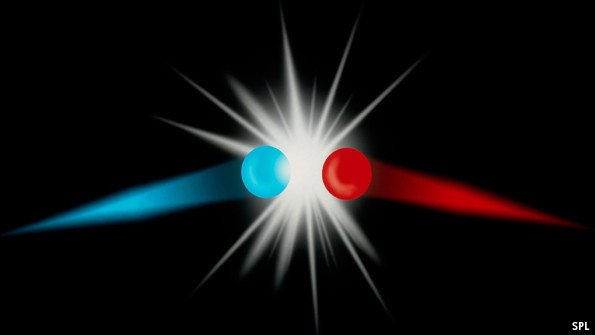 Right From The Start: A Cold Civil War

America has slid into what can only be described as a cold civil war. However, the nightly news videos of cities and communities on fire from the torches of Antifa and Black Lives Matter suggest that the term “warm” may be a better description.

In 2004, then-candidate Barack Obama declared at the Democrat convention: “There is not a liberal America and a conservative America. There is the United States of America.”

Last year, we were told at the same Democrat convention by Michelle Obama that “We live in a deeply divided nation…If you think things cannot possibly get worse, trust me, they can.” And the Democrats have made it a point to make it so.

At the heart of this cold civil war, America is increasingly divided between two rival cultures, two constitutional definitions, and two ways of life. This mutual separation has manifested itself for a long time, but the pace accelerated beginning in the 1960s and again after the Cold War era.

One narrative, proffered by conservatives — written in 1787 and ratified in 1788, is steeped in the Declaration of Independence’s natural rights and practical wisdom, interpreted in The Federalist Papers and defined by subsequent courts and statesmen. This Constitution is amended in keeping with its own provisions — some vital improvements such as racial and gender equality, some not — but is still broadly the founders’ work.

The other narrative is based on what progressives and liberals for nearly a century now have called “the living constitution.” The term implies that the original Constitution, in order to guarantee “life, liberty and the pursuit of happiness,” must continually redefine definitions, duties, rights, and powers to be a fair document.

A “living constitution” must evolve with society, they say. This new regimen would favor new kinds of bureaucracies, which concentrate legislative, executive, and even judicial power in so-called “expert hands,” even though the founders warned that such concentrations would satisfy “the very definition of tyranny.”

American conservatives have set out to limit and reverse the damage caused by liberalisms’ incursion into our constitutional framework. “Original Intent” was the buzzword for these attempts to repair the torn fabric of our constitutional republic.

Conservatives had contemplated a return to the founders’ Constitution via both jurisprudence and elective politics. But, until the Trump administration, attempts to cure the disease of redefining the Constitution seemed politically unpalatable.

The two camps of American politics, Conservatives and Liberals, were propelled further apart. As a result, we increasingly read different books and newspapers, watch different shows, get our news from different networks. We worship in different churches and synagogues, live in different parts of the country, attend different colleges and study different disciplines, admire different sports and athletes, and, in some cases, have to eat at different restaurants to avoid ugly, partisan harassment.

President Reagan used to say that it would take the arrival of space aliens to transcend our differences and unite humanity. Similarly, one could surmise, if some jarring event occurs like a major war or a natural calamity, it might change the focus and thus reset our politics.

Wrong! Covid19 was a pretty severe shock to the system, and it did not succeed in redrawing our political lines. On the contrary, liberals immediately militarized it and used it in our cold war.

Whatever President Trump suggested, the left immediately knee-jerked in the opposite direction. Even medical science took sides. Thousands may have benefitted from Hydroxichloriquine, but since the president championed it, it was dismissed as a fraud. Now we know it would have worked, but for the politics.

The original concept of American Exceptionalism and unity is still available to us. Civility and citizenship are still possible between the two warring factions if we could get back to some of the fundamentals we used to agree on. However, we must first reintroduce ourselves to that nature and how the founders tried to encourage it.

The Declaration of Independence indicted tyranny as the destructive end for which government is instituted, namely securing equal “unalienable rights,” defined as “Life, Liberty, and the pursuit of Happiness.” The ends of government include the people’s “safety and happiness,” which is the people’s right to decide when their safety and happiness have been violated and what they wish to do about it;

“..whenever any form of government becomes destructive of these ends, it is the right of the people to alter or abolish it and to institute new government.”

Our founders argued that our inherent rights ran through every human being equally. They discovered the basis of political obligation in the right of each individual to consent to a just government. Thus was “natural-rights” and “divine-right” democracy born.

This concept is where we run afoul of our friends on the left. They believe rights and outcomes are the work products of the state, not God-given rights. They reject that by virtues of this Constitution, people could be at the same time good members of their religious community and good citizens of their particular earthly city or country, without prejudice to either.

America’s founders enshrined both law and liberty in our Constitution. They elevated a rare and lawful liberty that blends rights and responsibilities, which over time helped Americans make good on that “promissory note” so movingly invoked by the Rev. Martin Luther King Jr. on the steps of the Lincoln Memorial, of racial equality.

Our rediscovery of this America is our best hope of avoiding another civil war, extolling the nation founded in freedom and civil liberties, and cultivating the far-reaching virtues of citizenship and patriotism found in our constitutional DNA.

Right From The Start: A Cold Civil War was last modified: July 6th, 2021 by Frank McDonough

WTF, posts criticizing the best delegate in Richmond, Dave LaRock, will be deleted. Also, bluevirginia is not a credible news source.

Pretty heavy handed censorship there, Jeanine. New TBE comment rule… you can’t criticize Dave LaRock. Should we just extend that ban on criticism to all Conservatives to be safe, Comrade?

The young lady is correct in her assessment.
The instigator was calling out a Representative for possibilities (NOT FACT) that may happen with contributions for which the Democrat Majority and the Democrat Governor allow within current Virginia Law.
Please be aware of all the facts but at any time feel free to place your foot in your mouth as you have done once again.

So you are saying, it is fine then to point out that LaRock only has like a 0.09 average in legislation passing then. Since such criticism is demonstrably factual it won’t be censored…??

Speaking of a cold civil wr — isn’t this special??

Rocky Mount, VA, deputy arrested for taking part in the Jan 6 terrorist attack on the US Capitol. Ordered by the court to turn in his firearms and not possess any more until his case is adjudicated. Fired from the Sheriff’s Dept.

So, what does he do? Goes to his local firearms dealer in Roanoke and purchases 34 guns along with armor-piercing ammo — many of the purchases disguised as “wedding photos”. The dealer agrees to hold the guns for him so he can claim he did not “possess” them . . . but he did go to the dealer from time to time just to “hold my guns.”

He’s back in the slammer where he belongs.

So? Does he have something to do with politics in Virginia? The US? Please try to stay relevant.

I find it interesting that you are belly aching about contributions possibly being used for personal use yet with the Democrat Majority and the Governors Office these Democrats apparently don’t want to give up their cash cow.
It is more profitable to sell your soul, demonize the other side only to laugh and say; what it ain’t me.
It was good for you to call out the Democrat majority for being corrupt.
I know that it is hard for a Democrat to look in the mirror at the beauty salon that they mandated closed but somehow can still purchase services there.

WTF,
From me personally;
Shut the hell up!