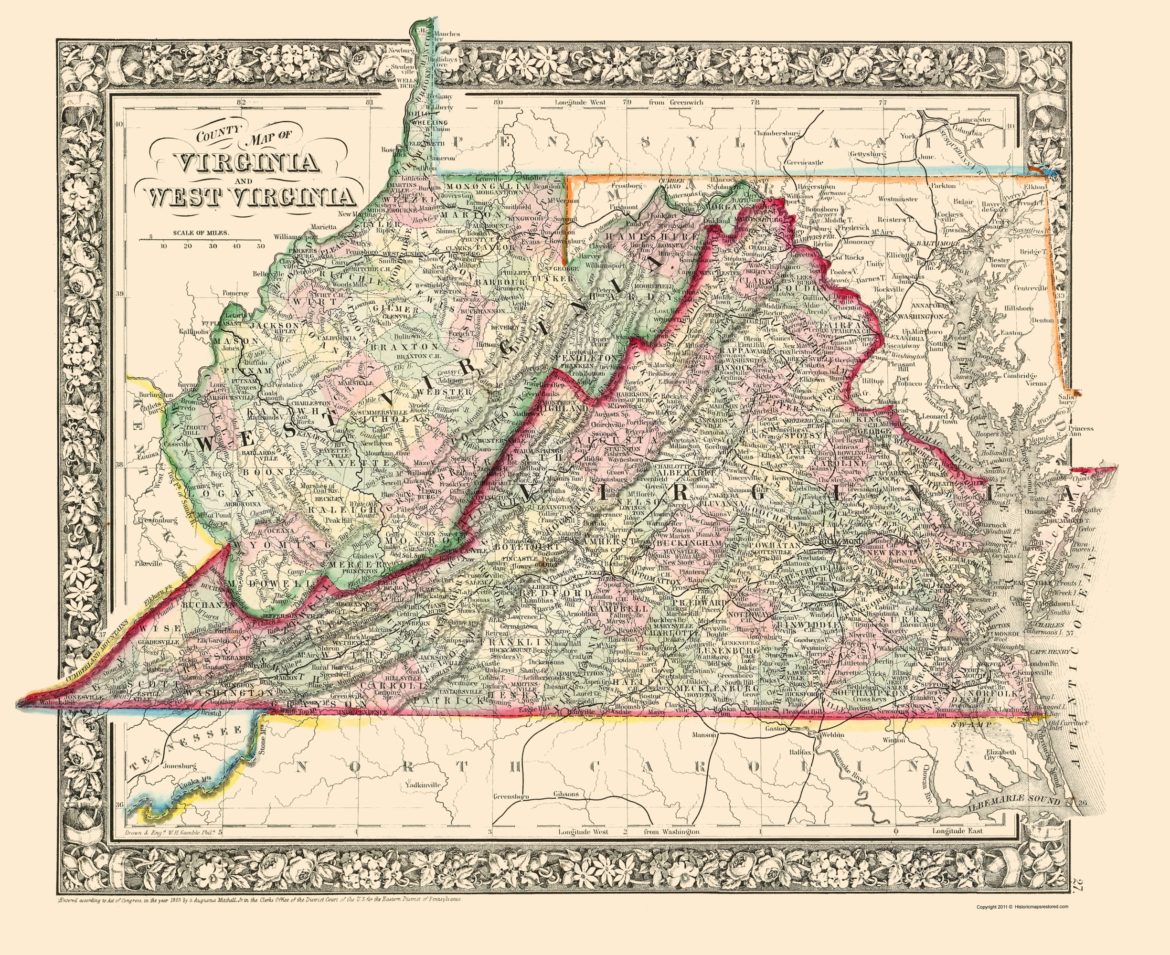 Right From The Start: A Tale of Two Cities

Charles Dickenâ€™s timeless classic mimics real life in 2021 in ways that seemed impossible only a few years ago. Rather than compare Dickensâ€™s England and France time, letâ€™s look at modern Virginia and West Virginia.

More specifically, the Legislative sessions occurring in the two capital cities, Richmond and Charleston, are a mere 316 miles apart.

Both states have bills on similar issues moving through their respective processes. Issues ranging from Education and Tax policy to Law Enforcement and Public Safety.

On public safety, it was â€œit was the age of wisdom, it was the age of foolishness.â€ Democrats in the Virginia state Senate foolishly included a proposal to â€œdefelonizeâ€ assault on a law enforcement officer (SB 1532).

In West Virginia, a bill wisely enhancing criminal penalties for offenses committed against law-enforcement officers or first responders is on the fast track to being passed and signed by the governor. (HB 2378)

Education reforms are the true embodiment of â€œsurely it was the spring of hope, it was the winter of despairâ€ for the children of the states split by the civil war in 1863.

In West Virginia, the hope is in the form of â€œHope Scholarships.â€ Thatâ€™s just another name for Education Savings Accounts, or ESAs, where parents can set aside a portion of their public tax dollars to pay for private schools.

The despair of Virginia students is magnified by a General Assembly intent on furthering LGBT political demands, namely allowing those born males to compete in womenâ€™s sports, requiring teachers to call a student by that studentâ€™s preferred gender pronoun, and no longer restricts bathrooms to those of a specific gender.

Healthcare bills in the two states prove that â€œIt was the epoch of belief, it was the epoch of incredulity.â€ West Virginia, believed its Constitutional responsibility to protect the lives of all citizens with SB-337. The language states: â€œTo implement equal protection for the right to life of each born and preborn human personâ€¦we  hereby declare that the right to life guaranteed by the Constitutions of the United States and the State of West Virginia is vested in each human being.â€

But in Virginia, taking the turn of incredulity, lawmakers voted to repeal a state law that prohibits plans on the stateâ€™s health insurance exchange from covering abortions.

The biggest difference in the two statesâ€™ legislative priorities can probably be found in the diametrically opposing tax proposals; â€œwe had everything before us, we had nothing before us.â€

The Commonwealthâ€™s tax policies offer Virginians more of last yearâ€™s nothing. The Virginia General Assembly is proffering a spending increase of 20% with tax inflations including a gas-tax increase, a cigarette-tax increase, and some business-tax increases. The Thomas Jefferson Institute estimates these increases will cost the average taxpayer about $500 a year.

On the other end of the scale is WV Governor Justicesâ€™ plan to eliminate personal income tax. Everything a West Virginia worker would want. To make the deal even sweeter is the $25 million in budget cuts needed to make the numbers work.

Unlike West Virginia, Virginia has urban populations in Richmond, Norfolk, and the Washington DC border area of Alexandria and Fairfax County. Those populations, solidly Democrat, are now significant enough to outvote the rest of the state.

West Virginia is different since it is nearly all rural and emerging from a political dark age of almost a hundred years under the thumb of the powerful labor arm of the Democrat Party. As a result, the state was generally last in all of the metrics that convey success.

I live in the northernmost municipality in Virginia, about 10 miles east of Harpers Ferry, WV. I grew up in the South Hills section of Charleston WV. My dad’s family moved from Fauquier County, Virginia, in the early 1800s. Most of my parentsâ€™ families still live in West Virginia.

West Virginia is coming into its own, figuring out how to attract new residents with low taxes, safety, and the beauties of nature and simple people trying to get to heaven and its government reflecting that desire. I hear her voice in the morning hours, she calls me. The radio reminds me of my home far away.

Virginia has reached its zenith. If Demographics continue as predicted in the urban centers, it will begin to descend into an unsustainable, undesirable political hellhole like New York, New Jersey, or California.

â€œBut that Woodman and that Farmer, though they work unceasingly, work silently, and no one heard themâ€¦â€

Right From The Start: A Tale of Two Cities was last modified: February 18th, 2021 by Frank McDonough