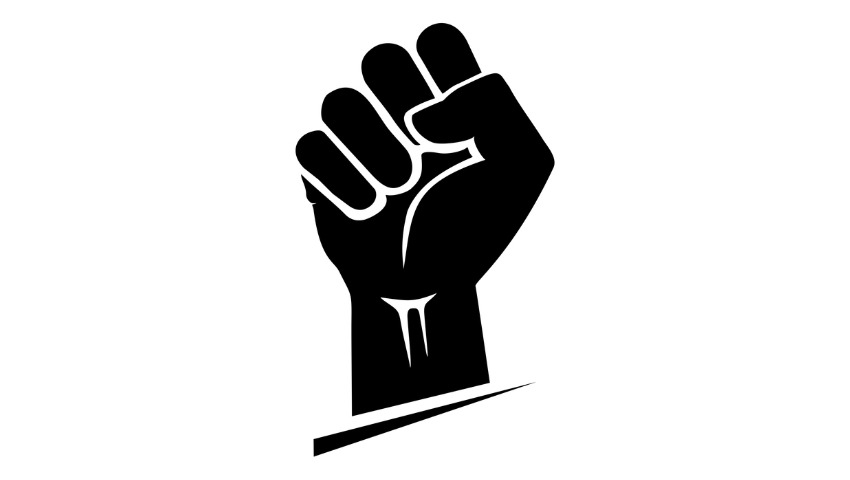 Right From The Start: Black Lives Matter…For The Most Part

Let that sink in for a minute. I had the unmitigated nerve to qualify the statement “Black Lives Matter.” Is that the sure sign of the white supremacist? No, but it is a sure sign of intellectual honesty.

Lyndon B. Johnson signed the Civil Rights act, even though, as Snopes confirms, “he reportedly referred to the Civil Rights Act of 1957 as the “ni***r bill” in more than one private phone conversation with Senate colleagues.”

The relevance of Black lives has fluctuated in the Democrat party since 1859. For over 100 years, the party kept its knee on the necks of black Americans, using the KKK to incite terror and violence in the Black community.

After 1965, as the Democrat party began evolving, the KKK was left without its historic benefactor. The Republican party refused to associate with it, or any other White Supremacy group and those disgusting groups began to wither, now nothing but shadows of their former selves.

As Democrats began to ascend to power in inner cities into the 1970s, political machines started to take hold of the major US cities powered by the support of the Black voter. New York, Chicago, Detroit, Minneapolis, San Francisco, Atlanta, and New Orleans, to name a few.

The astute reader will notice the word “system” beginning to occur. It’s a widespread word in the news these days. You may recognize it as the root word of “Systemic.” Systemic racism is the cause du jour in popular culture, liberal political circles, mainstream media outlets, and inner-city rioting.

The death of George Floyd at the hands of an allegedly racist Minneapolis police officer gave a face to the innumerable American people of color who have been abused by racist police officers.

These abuses were institutionalized by prosecutors who routinely ignored excessive force complaints against police and judges who handed out excessive sentences to Black offenders.

Over the last 60 years, those abuses have been gradually declining in most places in America. While any abuse is too much, especially involving a death, the declining number of incidents is a much welcome trend in the right direction.

The eight-plus minutes that George Floyd’s neck was crushed under Minneapolis Police officer Derek Chauvins’ knee was one of the lowest points of American law enforcement. Unscrupulous politicians and community organizers were ready and waiting to hijack the ensuing national discussion.

While legitimate protesters marched and began a much-needed national discussion on race relations, Antifa and Black Lives Matter started a scorched earth reign of destruction and violence, even “capturing” a six-block section of downtown Seattle.

The whole discussion kicked off a Marxist, Socialist, Fascist frenzy as these leftwing groups went on binges to out-do one another in radicalism. History began to be canceled, Founding Father attacked, monuments toppled, and even historic civil rights icons like Abraham Lincoln, challenged.

Because of these distractions, the narrative was twisted into yet another attack on the president and conservatives. The same party of the Emancipation Proclamation, the Civil Rights Act, and President Trumps’ massive criminal justice reforms, somehow found itself blamed for systemic racism.

This narrative is entirely vacant of truth or history. Democrat appointees have run officer Derek Chauvins Minneapolis Police Department since the 1960s, like most of the rest of Minnesota.

The cities I listed above, New York, Chicago, Detroit, Minneapolis, San Francisco, Atlanta, and New Orleans, have all been run by Democrats since the Civil Rights Act of 1965. Democrats own those systems lock, stock, and barrel, and they have for decades.

In fact, nearly all major US cities’ Police, Judicial systems, and Corrections departments have been wholly owned subsidiaries of the Democrat party since before most of the people of color who are being run through them were born.

I’m not going to tell you that Black lives only matter to Republicans, or that all Democrats are racist. I am going to ask you to consider making George Floyds’ death mean something other than an excuse to riot, pillage, plunder, and assault.

Refocus on ending the SYSTEMS that are problematic. You can do that by ending the political machines that caused them at the ballot box. This fall is the best time ever to “Throw The Bums Out” as Miss Reilly repeated in Lester Cohens, The Great Bear.

The “Bums” in this case, are the career politicians. The Joe Bidens of the world, the men and women of every race and color in major cities whose careers have nothing to show for derailing systems of racial disparity.

If you are being led along by the nose and told that President Trump, who has been in politics all of five-plus years, is the problem, your intellectual honesty is in question.

A famous science fiction Captain said, referring to our Constitution, “(these) holy words were not merely written for chiefs, but for everyone..they must apply to everyone, or they mean nothing.”

There is truth in those words that can drive the Black Lives Matter ideal. That the constitutional protections for all races do not reach their full force until the baked-in racism in America is confronted. Not by toppling statues or canceling history, but by having robust discussions.

Black Lives Matter is an excellent ideal for ALL Americans to get behind. The group by the same name is evil, Socialist, Marxist, and fascist organization aiming to destroy America as founded.

Support the noble ideal. Its another chance for Americans to come together in the shining city on the hill, the beacon to the world for justice and fairness. Racial equality will cement us as the moral home of freedom in the world and entitle us to the blessings our divinely inspired Constitution affords us.

Right From The Start: Black Lives Matter…For The Most Part was last modified: July 16th, 2020 by Frank McDonough