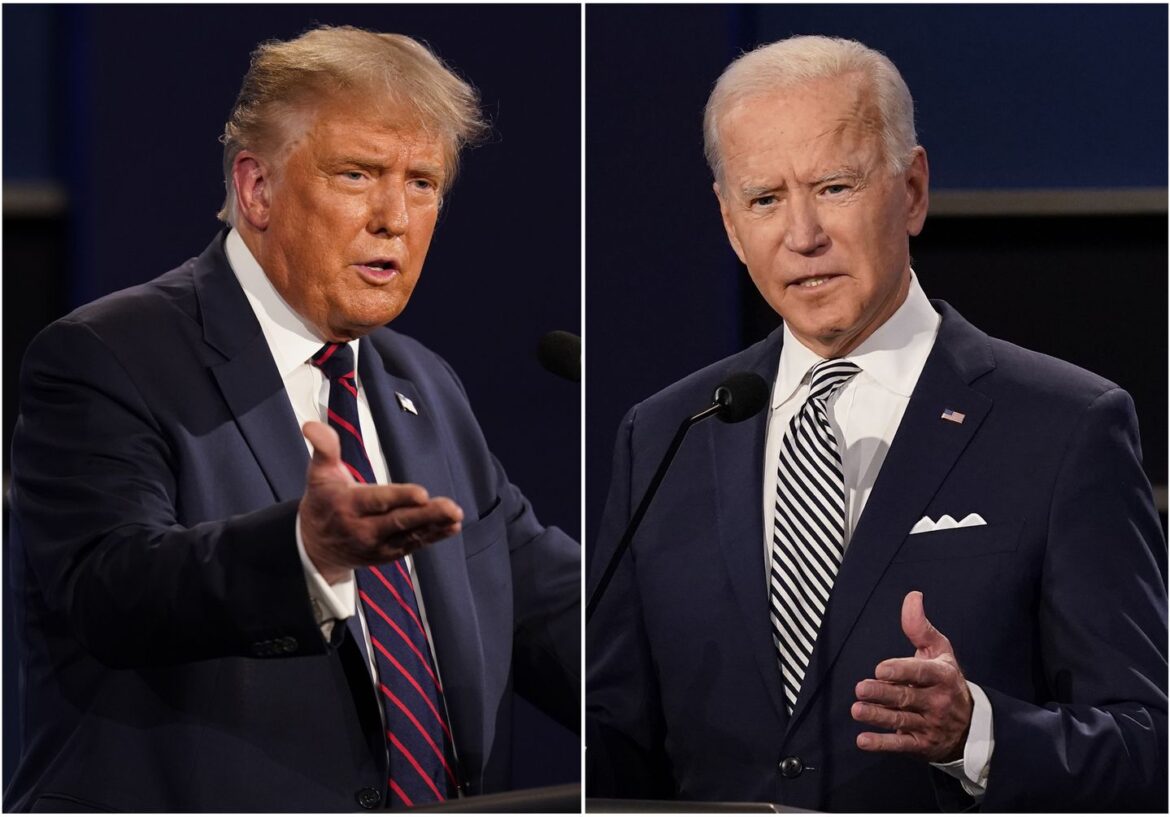 The US Presidential election of 2020 is direct causation for the Russian invasion of Ukraine. (source: Patrick Semansky/Associated Press

Right From the Start: Deadly Consequences

“Elections have consequences,” and, in case there was any doubt, “I won.” President Obama infamously observed shortly after his 2009 inauguration during a meeting with congressional Republicans about his economic proposals.

The consequences were larger than ever as a result of the 2016 election. The incoming Trump administration went on in two short years to usher in an economic tsunami that had a positive effect on every demographic and every tax bracket.

Before the pandemic in 2019 gas prices were averaging $2.33 a gallon. Wages across the board were rising and the US was energy independent and a net exporter of oil. Seems like a lifetime ago.

We tend to think of our presidential elections in domestic terms, how they will affect the average Jane or Joe. We think of the economy, environment, Cabinet picks, and Supreme Court nominees.

The 2020 election proved that the US presidential election can literally kill Americans and others around the world. This cold reality should affect the way we view our elections this year, 2024, and beyond.

We were warned by Robert Gates, former defense secretary in the Obama administration, when he said, Biden has “been wrong on nearly every major foreign policy and national security issue over the past four decades.” Now we know his domestic policy is just as bad.

Biden’s open borders policy has allowed 1.66 million unlawful crossings that Border Patrol caught nationwide over the past 12 months but does not include the “gotaways” that the Washington Times estimates at 1,100 every day.

Illegal aliens are the victims of 2,200 deaths, 118,000 rapes, 138,000 assaults during their travels and first year in the US. Politifact’s fact-checkers confirm at least 300 homicides BY illegal aliens in the US last year.

But that’s not even close to being the worst policy posture by this octogenarian president and his sycophants. Vladimir Putin, having analyzed Biden’s policies and leadership characteristics has decided that he will no longer be deterred by US commitments to Baltic states and has invaded Ukraine.

To be clear, I am saying that the US Presidential election of 2020 is direct causation for the Russian invasion of Ukraine. As of press time, thousands of Ukrainian civilians have been killed in the war. Also to be clear, I believe Vladimir Putin is personally responsible for those deaths and should be held accountable.

But Putin never would have invaded Ukraine if Biden had not been elected president. 62% of Americans are lined up behind me to support that point of view. For all of the hot-air lies about Putin-Trump collusion, the undeniable fact is that President Trump had the gravitas to deter Putin, Biden does not.

It is more than fair to say that elections have consequences. The dead-serious conclusion is that more people have died because of the 2020 US presidential election than might have otherwise. Both domestically and most assuredly internationally, from Afghanistan to Kyiv.

The 2022 and 2024 elections should be America’s apologies to the world, not Obama-style apologies for America’s strength and leadership in the world for the last century, but its lack of leadership right now.

Every single Biden supporting legislator at every level should be relieved of that embarrassment and burden at the ballot box. Remember, making America great again means making the despots of the world less powerful. President Trumps’ leadership proved it!

that “scandle” is horseshit

“To be clear, I am saying that the US Presidential election of 2020 is direct causation for the Russian invasion of Ukraine” Well, you’re wrong

Since they are done fixing everything in DC after 3 weeks of driving in circles and pissing their pants, send the truckers in.

Gradually the truth about why Russia had to act to prevent the citizens of the Ukraine from being completely corrupted by a band of woke criminals determined to turn the entire country into a criminal enterprise controlled by the Obiden Junta and their Soros and Davos allies. The so-called hero Zalinskyy is an LGBT pervert who gained notoriety by leading a chorus of gay performers. Here is an 2012 videos of one of Zalinskyy’s gay pride productions. Prior to being “elected” President of Ukraine Zelinskyy was the star of a gay Ukrainian pop group: Here is the video:https://twitter.com/i/status/1506661229342908425. Urge all to copy this and send it to those who feel Putin is a butcher when his mission is to free Russians from the woke liberalverminthat inhibit our society and are crushing our culture as they eat us alive with their deranged worship of Satan.

How did you manage to cram this much derp into one paragraph?

It is truly amazing that the Deep State with Hillary and Barack at its helm was able to sell the Russian collusion shit and that POS Hillary is still at it. Who colluded with the Russians? Hillary had more shitty dealings with them than Trump ever did with her stinking foundation and Bubba’s deals there. Yet idiots like you will see in these comments.. who’ll be here soon enough continue to believe the swill fed to them…
How about that laptop Erica and Johnny Martin??? Looks like Huntie was doing the dirty work of the Bribem family all over the world wasn’t he you two dungheads…
But that laptop was Russian disinformatoin… there is a montage of the idiot journalists who recite this over and over and over using the same phrase for duimbasses like Martin and Erica to parrot back…
I would guess you need to provide some source for your stats on illegals, one point of order. The Democrats are hell bent on eliminating any sort of law and order and why would the damn border be any different….Their crap Supreme Clown Court nominee wants to make child pornography a misdemeanor…
The next couple of years are going to be interesting led by the Corrupt Clown in Chief… Very interesting