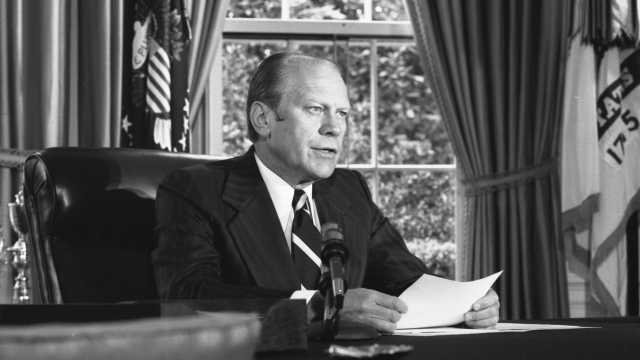 Since 1976, Black History Month has been celebrated every February to commemorate black Americans’ accomplishments throughout history.

President Gerald Ford (R-Mi) officially recognized Black History Month in 1976, urging the public to “seize the opportunity to honor the too-often neglected accomplishments of Black Americans in every area of endeavor throughout our history.”

Removing the political filters from the historical plight of the 388,000 plus slaves brought to America and their descendants should be a non-partisan, non-political endeavor.

But that’s not what is happening, and the big loser is our progress’s historical context. We are continually told, especially every February, that the only hope for racial equality is the Democrat party.

Selective education based on partisan power struggles hurt all of us, especially those in academia who advocate for this shortsightedness.

Part of the ugliness of racism has been the white supremacists. No group has been more rightfully criticized and eschewed as the repugnant poster child for narrow-minded bigotry than the Klu Klux Klan.

What is generally not taught are the KKKs party affiliations. The fact is, there has never been any formal or informal connection to any white supremacy groups by the Republican Party since its inception in the mid-1850s.

Another fact that escapes public attention is that the Democrat party practically owned the KKK until the mid-1960s. Eric Foner, DeWitt Clinton Professor Emeritus of History at Columbia University, proffered: “In effect, the Klan was a military force serving the interests of the Democratic Party.”

President Woodrow Wilson, a Democrat, shared many views with the Klan. He re-segregated many federal agencies and even screened the first movie ever played at the White House – the racist film “The Birth of a Nation,” originally entitled “The Clansman.”

A few decades later, the only serious congressional opposition to the landmark Civil Rights Act of 1964 came from Democrats.

When all of their efforts to enslave blacks, keep them enslaved, and then keep them from voting had failed, the Democrats came up with a new strategy: If black people are going to vote, they might as well vote for Democrats. As President Lyndon Johnson was purported to have said about the Civil Rights Act, I’ll have them n*****s voting Democrat for two hundred years.”

Assertions that groups such as QAnon, the Klan, Proud Boys somehow are linked to the Republican party are preposterous. Have they supported Republican candidates? Probably. Were they welcomed, taking “codes” or encouragement from President Trump? Of course not.

Let’s face it, the easiest way to impugn someone’s character is to prove they are a racist. Politically they become orphans of both political parties. The second worst thing you can do is to imply racism without proof, as a ploy to gain political advantage.

That is too often part of the political rhetoric running 24/7 in the constant partisan battles constituting the culture war. It’s especially nasty when the opportunity to bridge the partisan gap is left unleveraged.

The right of African Americans to vote and serve in the United States Congress was established after the Civil War by three amendments to the Constitution:

Since1960s, racist planks have been removed from the Democrat party platform as the party embraced the Civil Rights act of 1965.

Neither the Democrat nor Republican party welcomes racist candidates, denying them access to party mechanisms such as donors and other resources.

Let us teach and celebrate what was real—the heroes and villains of the civil rights movement. Let us use the term ‘racist’ thoughtfully and with gravitas if it is accurate. What better use of Black History Month than to bridge the partisan divide with non-partisan education.