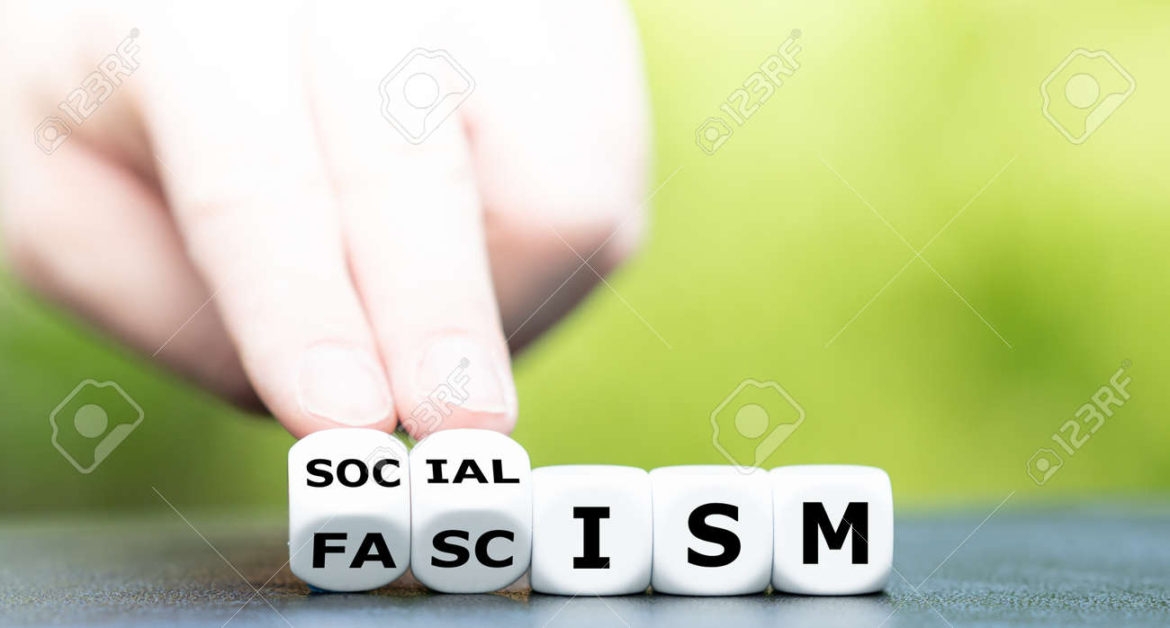 Right From The Start: Redefining Fascism

This is the first of a three-part series on how the political left redefines words to accommodate their long-term plan of suppressing opposition groups. Part two will be redefining Racism, and part three will be redefining Socialism.

Fascism – “a political philosophy, movement, or regime (such as that of the Fascisti) that exalts nation and often race above the individual and that stands for a centralized autocratic government headed by a dictatorial leader, severe economic and social regimentation, and forcible suppression of opposition.”

That definition has been the dictionary definition since 1961 in the Merriam-Webster dictionary. At that time, the last fascist governments of the world had collapsed from either WW2 or internal revolt. The point being, Fascism was still fresh on the minds of the body politic and easy to define.

In 2021, the reality is different. One definition used by more than a few leftwing sources, including BLM and Antifa, is:

Google takes the definition even further off track with their meaning:

“Fascism – An authoritarian and nationalistic right-wing system of government and social organization.” with a secondary meaning of “(in general use) extreme right-wing, authoritarian, or intolerant views or practices.”

Words mean things, and we cannot simply redefine a word to accommodate political goals or as “grenade” words to hurl at our adversaries.

This political power grab concealed as a Wokeness is very reminiscent of Germany’s History known as the Weimar Republic, a period between 1919 and 1933, immediately before Adolph Hitler took control of the country and the German Constitution became effectively meaningless under his Third Reich.

No, you are not confused. I just said that under the guise of Wokeness, America is on the same path as Germanys’, leading up to its envelopment in Fascism.

Hitler also employed a strategy of Class Warfare. By stirring up resentment by Germany’s poor and working-class citizens toward other groups of German Citizens, who were perceived to be wealthier than the rest of their countrymen, they were “responsible” for the horrible economic plight that German found themselves. This resentment morphed into the Holocaust.

Hitler chose the Jews because they were easily targeted and identified due to their strict moral code and the unique rituals of their faith. In America, the equivalent targets would be evangelicals and the “bitter clinger to guns and God.”

America’s Liberal Leaders and their lapdog Mainstream Media have systemically fabricated, obfuscated, ignored, and downright lied about the systematic erosion and elimination of societal norms, which have been imposed on the American Public through social unrest, Judicial Activism, and Executive Order.

What does Fascism really mean? Unfortunately for American progressives, the four fingers pointing back while they point at President Trump are closer to Fascism than anything associated with Conservatism.

Mussolini said in his autobiography: “The citizen in the Fascist State is no longer a selfish individual who has the anti-social right of rebelling against any law of the Collectivity. The Fascist State with its corporative conception, puts men and their possibilities into productive work and interprets for them the duties they have to fulfill.”

Adolf Hitler, whose National Socialist (Nazi) Party adapted Fascism to Germany beginning in 1933, said: “The state should retain supervision and each property owner should consider himself appointed by the state. It is his duty not to use his property against the interests of others among his own people. This is a crucial matter. The Third Reich will always retain its right to control the owners of property.”

Neither of the parents of Fascism has described the soul of Fascism as anything close to Conservatism. In fact, those descriptions could easily be defined as the soul of Socialism by any 19th or 20th-century definition.

It is even arguable that fascist economic policies directly influenced Democrat President Franklin Roosevelt’s New Deal. Mussolini praised the New Deal as “boldly . . . interventionist in the field of economics,” and Roosevelt complimented Mussolini for his “honest purpose of restoring Italy” and acknowledged that he kept “in fairly close touch with that admirable Italian gentleman.”

Substituting Socialism for Fascism in many statements from fascists would bring instant approval from socialists. Many Antifa agitators would be surprised to realize that they are espousing Fascism unknowingly, just as Democrat party leaders do daily without being aware of it. (or are they?)

The similarity between the two ideologies is that both want to impose politically chosen ends on everybody. The only discernible difference is that each system coercively favors and harms different groups of society.

The conclusion is the same whether viewed from a political, economic, or cultural vantage point. Real Fascism is not found in Trumpism or Republicanism, or Conservatism. Its most dangerous tenants are located in Socialism. Its champions in America are Antifa, BLM inc, Bernie Sanders, AOC, and the other members of her “Squad”.

The left is desperate to redefine Fascism as a conservative premise. Using history as the guide, redefining the lexicon is the only way to accomplish this since Conservatism, by definition, stays the same.

Right From The Start: Redefining Fascism was last modified: May 23rd, 2021 by Frank McDonough