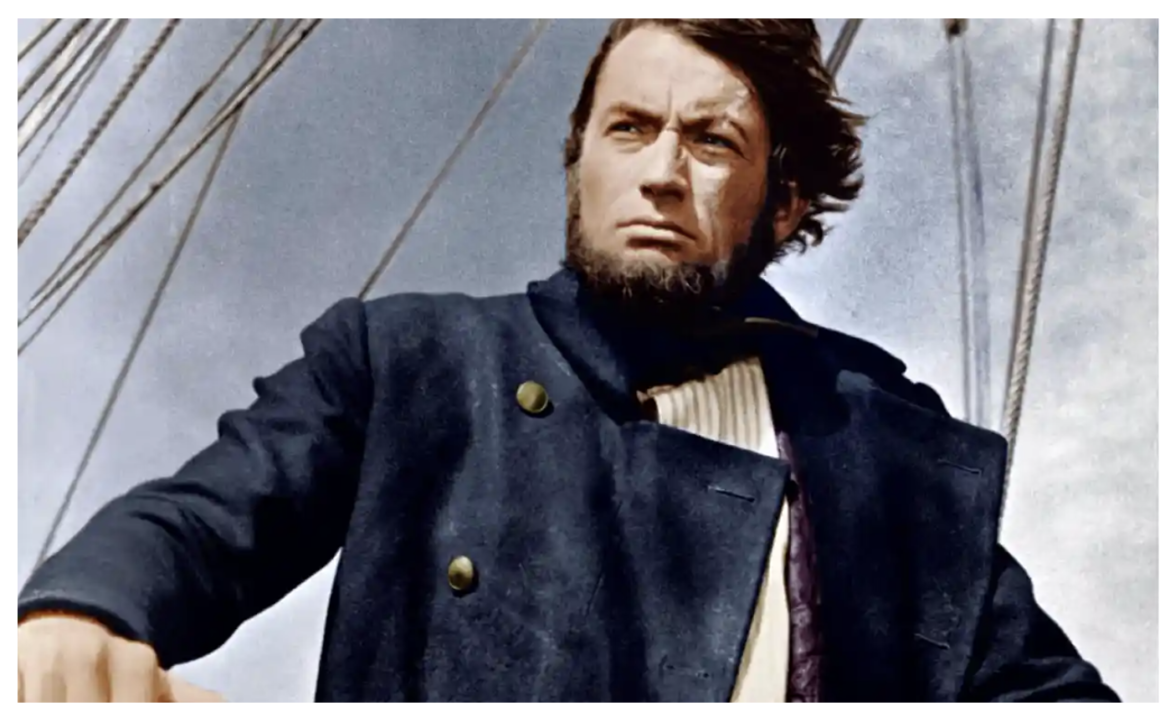 Right From the Start: The End Justifies the Means, Captain Ahab

The current political narrative from the last six years could be compared to Herman Melville’s 1851 novel, Moby-Dick. In the story, whaling captain Ahab is obsessed with killing Moby-Dick.  This obsession is traced back to an earlier event when Moby-Dick took one of Ahab’s legs.

Blind hatred took over Ahab, blotting out reason and common sense.  So when he sets out on his final voyage from Nantucket on the Pequod, killing Moby-Dick and boiling his blubber into oil is all Ahab could see.

Now to the present day.  Like Ahab, Trump severely traumatized the Democrats by defeating their anointed one, Hillary Clinton, in 2016.  Since then, the party has lost its mind.  It could only see the Republican President through the lens of hatred and became bound and possessed with destroying Trump to the exclusion of everything else.

So here we are with yet another “Trump Scandal,” the supposed unauthorized removal of classified material by the former President. An accusation so acute to national security that it took nearly a year and a half to determine they were missing.

Just like the Trump-Putin collusion narrative and the Trump-Ukraine phone call that resulted in impeachments, this scandal will likely fall apart under scrutiny. These challenges to the Trump presidency have been thick with political overtones.

The socialist left has been rife with calls for impeachment after impeachment and threat after threat of imprisonment of the President and his family. Though none of the previous accusations bore fruit, there is no boundary these zealots will not breach to remove Donald Trump from the body politic. Why?

Because if Donald Trump were to regain the presidency with a Republican Congress and complete his agenda, it would take Democrats a generation to take power back in Washington.

Remember, pre-pandemic unemployment for minorities and women was just reaching its historic lows. Moreover, median household income for those groups was rising significantly for the first time in decades.

Trump’s tax cuts for nearly all Americans had kicked in, and retirement income for seniors was up due to a soaring stock market. We were the economic envy of the world.

The southern border was closed. ICE was removing criminal aliens at an impressive rate. Russia, China, Iran & N Korea were held in check. American pride was recovering, and we were becoming great again.

At the rate we were progressing, there was no way President Trump could lose the 2020 election, and Republicans were likely to pick up more than enough seats to control Congress and the legislative agenda comfortably.

Democrats, however, were not interested in trading power for these comforts and success. Even before Trump was inaugurated, they realized how much his agenda would set back their socialist, authoritarian plans. So, Trump had to go by any/every means possible.

The first try was the Trump/Russia collusion narrative. Most Americans did not believe Donald Trump enlisted, assisted, or encouraged any assistance from Vladimir Putin in the 2016 Election. There was no plausible evidence. But the end of the Trump presidency justified their means.

Next, a second impeachment trial over the Trump/Zalinski phone call was so transparently pathetic that the Supreme Court’s Chief Justice declined to preside over it. But don’t forget, the end of the Trump presidency justified their means.

For the last 18 months, the focus of the Democrat party has been to send money to their core constituencies and prevent Donald Trump from running in 2024. Since he can no longer be impeached (God knows they have tried), a disqualifying felony must be prosecuted.

Undoubtedly, the FBI supposes, in all the documents removed by Trump when leaving office, there must be a few classified documents from whence a prosecution could be affected.

A section of the federal code says anyone determined to have improperly removed government documents would be disqualified from holding federal office. Trump’s estate was searched in connection with a probe into whether he did just that when he left the White House.

In 2015 former Attorney General Michael Mukasey argued that Hillary Clinton could be disqualified from the presidency due to the storage of classified materials on her private email server if convicted.

However, most legal scholars have concluded that the Constitution only allows Congress to disqualify people from holding office in impeachment proceedings but grants no such power to ordinary criminal law. It is unlikely this Supreme Court will create a constitutional exception. Disqualifying Trump justifies the nuclear option Democrats have implemented as a means to their end.

In the novel, Ahab passes down his obsession to most of his crew. But unfortunately, the Democrat leadership has done the same to the executive branch. The road to the political weaponization of the IRS, EPA, DHS, and even the FBI by this or any administration can only result in one destination. That road to authoritarianism has been stripped of constitutional protection for individuals and paved with mandates, regulation, and martial enforcement.

No matter how laudable or morally framed, ends are no justification for using questionable means to achieve them. Either we engage in the delicate balancing act prescribed by the founding fathers to preserve our freedoms, or we do not. Either we follow our moral compasses in any situation or do not.

Ahab’s hatred and obsession destroy himself and his ship. The ends justified neither self-destruction nor the loss of his boat & crew. Unfortunately, that looks like what will befall the Democrats (Ahab) and the party itself (the Pequod).  As for the former President, he will have the scars from spears thrown by the haters, but he’ll live to swim the ocean free, just like Moby-Dick.

Right From the Start: The End Justifies the Means, Captain Ahab was last modified: August 14th, 2022 by Frank McDonough

The following is from a family member who is a white-collar defense attorney in a white shoe DC law firm.

Trump’s passports have been confiscated — two (one expired tourist passports as well as his official diplomatic passport.

A sealed docket has been filed in the US District Court for Southern Florida citing “national security matters” as the reason for sealing the indictment.

A question: Does anyone know if the Federal Prison System stocks orange jump suits in size 4XL?

It is bound to get worse. I am waiting for the indictments for criminal violation of the Espionage act against him. The trial will keep him occupied and out of the races in 22 and 24. And that’s the entire purpose. As with Newt Gingrich who was hounded out on false charges, verified false by the self same FBI, Trump will be hounded 24/7/365. I haven no faith ion free and fair elections anymore. Our Republic is lost.

Did you know that Yesli Vega voted against Prince William County police funding?

Not once, not twice, but three times.

She voted against Prince William County police and sheriffs.

Prove it. Kind of funny that she would have voted against the Prince William County Sheriffs she she WAS ONE! Like your half “brother” you seem to be just another democrat liar.

Each of her NAY votes involved funding in current FY for PWC police, EMS, and/or fire.

Very good analogy. The desperation on the part of the Democrat socialists and communists has been exposed. And they will most certainly employ the powers of darkness to advance their tyranny.

Aside: Did you know that for the 61st straight day, average gas prices are down…??

Only $1.75 to go to get to Trump lowest. Why that means the average cost of a fill up is about $20 higher than it was just a coulple of years ago. And, an EV charging station for a house is only about $2300 while and average EV car is now approaching $47,000. The bargains under Biden are everywhere (SARC)

So in a nutshell;
The average American family can almost afford to drive to the grocery store to charge food on a credit card for food they can’t actually afford.
It’s only going to get worse.
(Reality)

I am thinking of getting an e-bike but they are expensive and I fear committing a Biden in traffic.🤡