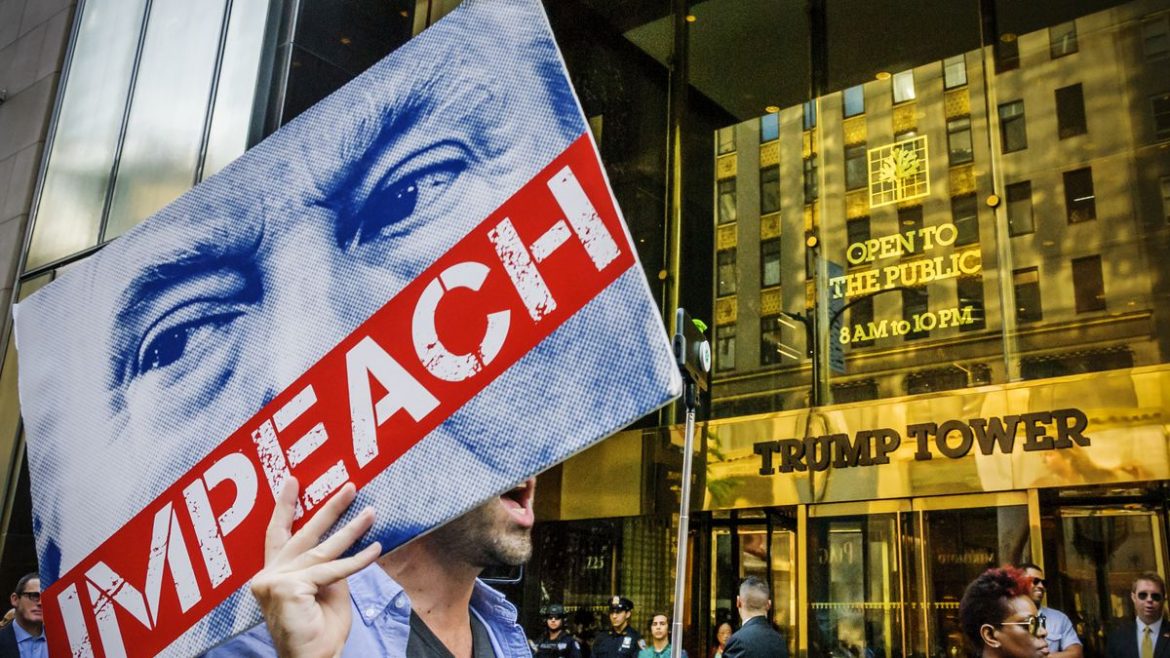 Right From The Start: Why the President Must Be Impeached!

To anyone but a socialist, leftwing Democrat, the Articles of Impeachment against President Trump are paper thin and have very little legal merit. The infamous phone call does not contain an actual quid-pro-quo or even an implied one. No new investigations of the Bidens were announced by Ukraine and no military aid was withheld by the US.

What impeachment does have to do with is power and American values? In fact, It has everything to do with these things. Democrats are desperate to keep power and change our values.

In December 2016, I wrote that if President-elect Trump is able to put his economic plan in place, lowering taxes for individuals and corporations and level the trade imbalances with our global partners, he will be president for 8 years.

Adding comprehensive immigration reform to that package and you have the perfect scenario for making America great again. Democrats know that America’s success through President Trump could be the end for them. If all of these things zenith for the president during the next two years, they may not come back to national power for a generation.

Why? Simple. Money. No matter what your race, creed, color, religion or national origin, if you and your family are working, medically insured and safe, you will not, as a group, upset that status quo. If unemployment drops below 3% and wages continue to rise, why would we want Democrats to throw an economical hand grenade at us?

That is the core of impeachment. If President Trump is re-elected and his party takes back congress and finishes his “keep America great” agenda, Democrats may not return to national power for 25 years. That is why President Trump must be removed from office in their minds; it’s their very political survival at stake.

By controlling immigration, the United States then controls its own destiny. That is an economic pillar. There are only so many jobs that unskilled, illegal immigrants that do not speak the language can do. If the spigot that supplies these immigrants is cut off, then the wages to keep them employed and other benefits increases. The political credit would go to Trump.

USMCA, China, and other trading partners, working with us rather than off of us, provides American manufacturing the impetus it needs to lead the world again in quality and innovation. With all of this comes confidence in ourselves and a return to American Exceptionalism.

Success by the President and a Republican Congress would soon flow down to statehouses around the country. Politicians in states like New York and California, who have forgotten what it means to put family, God, and country first, will face the wrath of their people if they continue to put partisanship first.

Impeachment is just a tool for Nancy Pelosi, Adam Schiff, and the rest of the Democrat leadership to bludgeon the Americans that voted for the president in 2016. It is a “voter nullification” tactic that our founding fathers would be embarrassed and angered.

Think about this for just one minute. The economy is the key to the election. The president still has arrows in his quiver to keep the economy roaring. Democrats will fight all of them to political death. In a nutshell, President Trump must be impeached in hopes of derailing this economy and therefore prevent his re-election.

Not one single Democrat Presidential candidate has an economic plan that will build on the current successes that we currently enjoy. Not one.

But they do all agree that they will reverse all Trump economic and social policies and start over with their own. They promise to throw it all out and replace it. What is it they say, throw the baby out with the bathwater? Trump isn’t the baby, we are!

Right From The Start: Why the President Must Be Impeached! was last modified: December 10th, 2019 by Frank McDonough