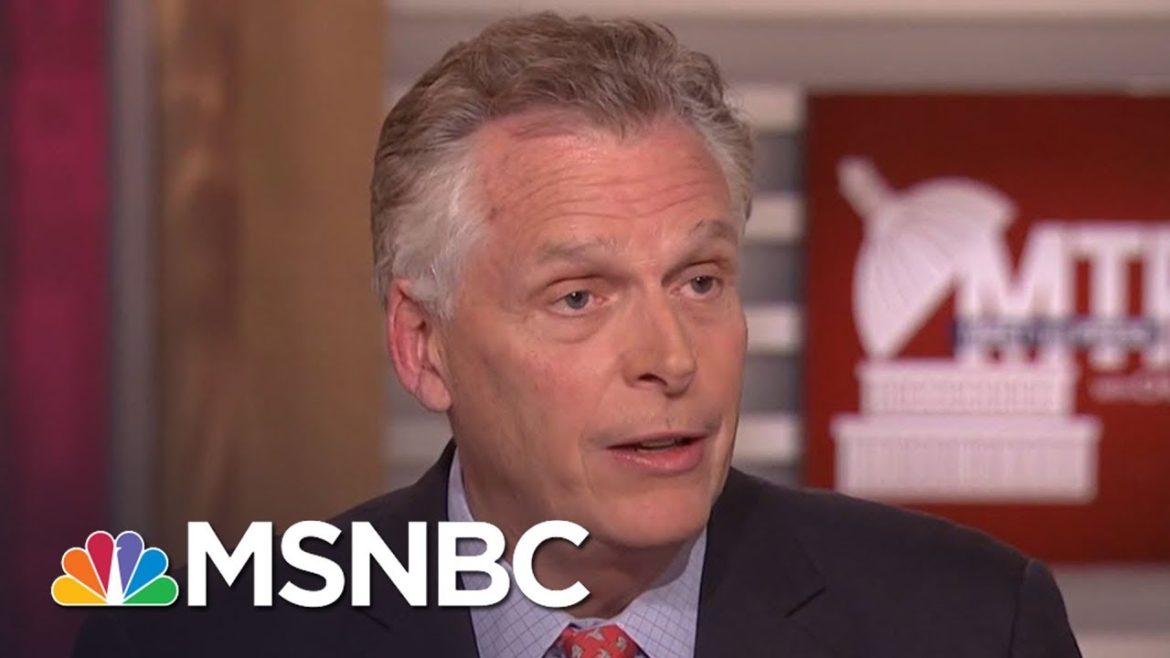 Just as a refresher, here is my column from 2017 in the Purcellville Gazette concerning the not so honorable Terry McAuliffe:

Is Terry McAuliffe the worst Governor in modern Virginia history? There is certainly a case to be made for it. As I have chronicled here before, McAuliffe never wanted to be Governor in the first place, but for being ordered to do so by the Clintons to help secure Virginia for Hillary’s presidential run.

While most politicians are beholding to their party to a certain extent, McAuliffe was always up for throwing Virginians under the bus to satisfy the needs of the Democrat party. Unborn Virginians and those who defend them should consider McAuliffe, a genuine terrorist.

When the duly elected representatives in the General Assembly acted per the wishes of its citizens and passed a religious freedom bill that stated:” No person shall be required to participate in the solemnization of any marriage–or be subject to any penalty by the Commonwealth–solely on account of such person’s sincerely held religious belief or moral conviction that marriage should be recognized as the union of one man and one woman,” the Governor kicked Virginians to the curb in favor of the national Democrat parties favored position with his veto.

When it was believed that Hillary might only be able to pull off a razor-thin victory in Virginia in last year’s general election, McAuliffe restored the voting rights to 200,000 convicted felons to aid in her chances. Not what the people or the General Assembly intended when they gave the clemency authority to the Governor.

The Governor is no friend to gun owners and sports enthusiasts. He moved to restrict handgun purchases and was praising the Brady bill. 93% of Virginia is rural. Average, hardworking Americans live there and do not need an aggressive state or federal government intruding on their constitutional rights. Again, the Governor puts national party politics above his constituency.

On immigration issues, the Governor is, wellâ€¦I guess I need to be honest, he is stupid. Virginians again spoke up through their elected representatives and passed a law prohibiting sanctuary cities. McAuliffe rebuffed Virginians and vetoed it again in favor of party politics. Another piece of legislation prohibits jailers from releasing any undocumented person that is wanted by federal immigration authorities. Common sense federal law, easy to enforce to protect Virginians, panned by the Governor to pander to the DNC.

The Governor’s veto pen was wielded like a sword against Virginia women. He vetoed a measure that would allow a woman protected under a restraining order against an abusive spouse to carry a concealed firearm for 45 days provided they met the other requirements for concealed carry.

To add insult to injury, McAuliffe then vetoed a bill that would have provided funding to businesses that offer free gun safety and training programs for victims of domestic violence, sexual abuse, stalking or family abuse.

Politicians that will place themselves between Virginians and out-of-state interests are the preference, not the ones that kowtow to political parties instead of protecting and supporting their constituency.

I write a lot about traditional Virginia values on this page. I often point out the Democrat Party does not have a place for traditional Virginia values. They better represent California and Oregon and Chicago or New York City. I’m sure our Governor would be much more comfortable in those political environments. He was elected on a sea of lies about himself and especially his opponent.

As a result, his administration has failed at issue after issue. Opportunity after opportunity to do the sensible thing and act justly have been missed. It’s not too late to align the Governor’s office with our General Assembly that has acted time and again to protect Virginia’s best interest, in effect doing their job and fulfilling their oaths, while McAuliffe ignored his.

Terry McAuliffe–Worst Governor Ever? was last modified: May 14th, 2021 by Frank McDonough