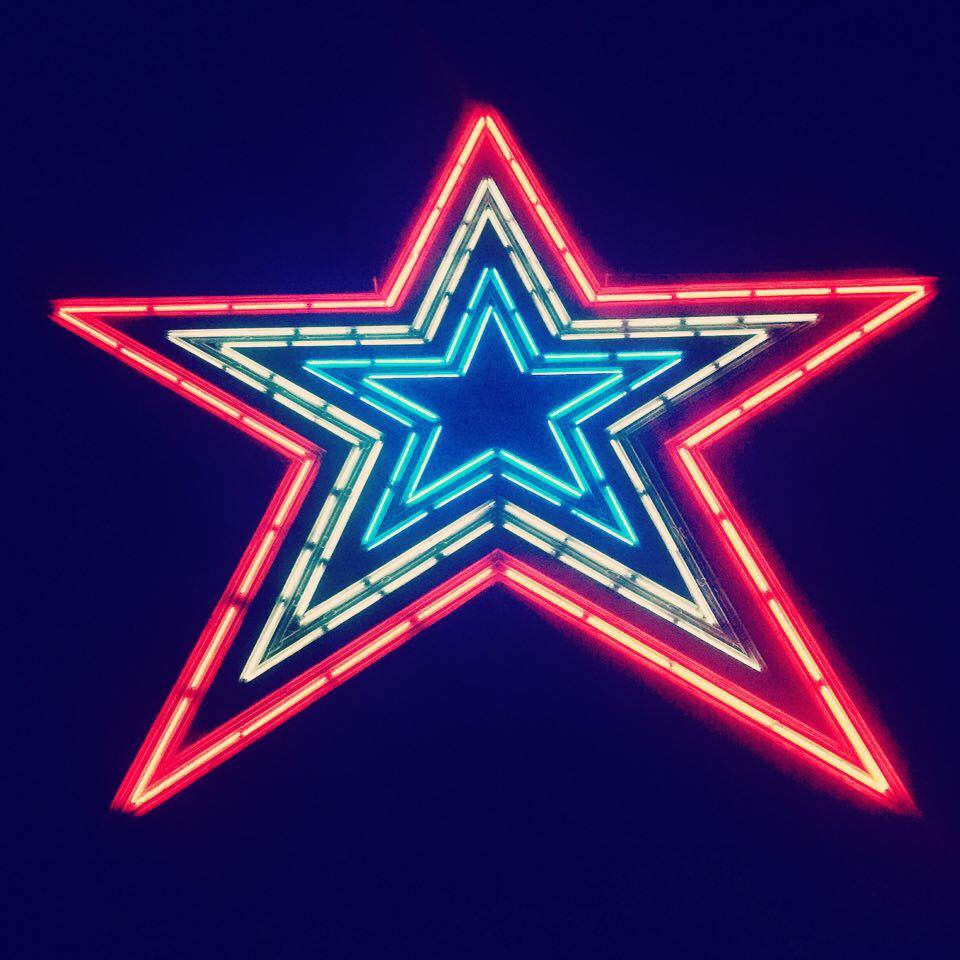 Roanoke Star Lit Red, White and Blue.  The city of Roanoke has lit their Mill Mountain Star in Red, White, and Blue in solidarity with the people of France.   It is the first time the city has used the colored lights since 9/11.  The Star is the world’s largest, man made, standing star.