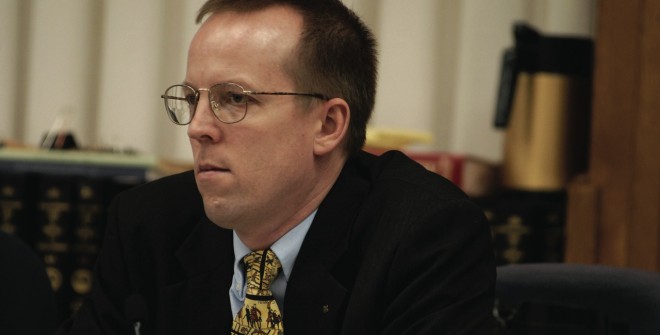 In contrast, his putative Republican rival’s Rob Bell for Attorney General account shows a whopping amount of cash on hand of $634,196!

Herring’s deficit to Bell may help explain why the Attorney General is working hand-in-glove with organizations from out-of-state who are pushing radical anti-gun policies. Herring recently capitulated to these groups by denying concealed weapons permit reciprocity with 31 other states (See part 1 and part 2 of Paul Prados’ exclusive investigative reporting for The Bull Elephant, which broke the story of Herring’s coordination with the Coalition to Stop Gun Violence). Clearly, Herring expects to be rewarded as his 2017 race draws near.

Bell still has to secure the Republican nomination at the 2017 Republican Party of Virginia State Convention. However, if his performance in his 2013 race (when he narrowly lost to popular Republican Sen. Mark Obenshain) is any indicator, Bell will likely be the hardest working candidate in the field, which together with his fundraising haul gives him clear frontrunner status against any other candidates who may emerge.

That’s a good thing for Republicans. As we’ve seen since Herring first took office, elections have consequences. In this case, Herring has abused his powers and tied the law into knots at every opportunity. The 2017 election is where that’s all going to stop.

I supported Bell at the convention and flipped several votes for him while I was there. Rob is a true law and order type of guy.

I agree with Cathy that he is one of the Commonwealth’s finest.

Just saw Rb on Monday speaking before the VCDL rally in Richmond.

Yeah, well, $455,000 of it came from his Delegate account which he accumulated during his tenure in the HOD. It’s impressive that he saved that much, but I wouldn’t call it a “fundraising haul” when 71% of the cash on hand came from his own account.

Didn’t I see Bell on the TV at a Jeb Bush fundraiser?

No, he was initially a Walker guy buy has not endorsed or supported a Candidate after walker dropped out.

No, that was Rob’s purported challenger John Adams of McGuire Woods. He worked for Jeb!’s brother.

Are you sure? I could have sworn Rob was at some fancy pants winery for Jeb, it was a while ago, back when Jeb was the guaranteed winner. It was on the local news, and I remember saying “ugh” to myself that he was there. It was a bunch of local RINO’s. I don’t care enough to go look it up though, Rob would be better than what we have now.

Do you think that he will understand unlicensed contracting , employee misclassification and illegal immigration are married in Virginia ? Honest question , and given Trump’s support a darn good one.

How much of Bell’s money has been raised specifically for this race (meaning since he announced) vs. how much of it has just been sitting there (from previous cycles)?

Rob Bell is the real deal. I look forward to supporting him.