First District Congressman Rob Wittman is serious about holding the Obama administration accountable for their mishandling and coverup of the murder of the American ambassador in Benghazi, Libya on September 11, 2012, less than two months ahead of the 2012 presidential election. 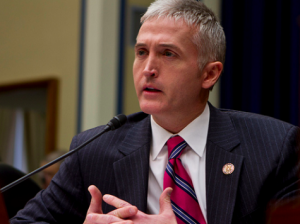 Tuesday night (June 3), Wittman is hosting a tele-townhall for his constituents and will be joined by Rep. Trey Gowdy (R-SC). Gowdy serves as Chairman of House Select Committee on Benghazi, which is tasked with investigating the events surrounding the attack on the American consulate in Benghazi that left our ambassador and three other Americans dead, and the election-altering coverup that followed. Gowdy has recently made waves for insisting that his committee will hear testimony from former Secretary of State Hillary Clinton about her role in the affair.