Robert Sarvis Qualifies for the Ballot, this Time Without Liberal Funding?

Last year, conservative stalwart Ken Cuccinelli narrowly lost his bid for Governor of Virginia.Â  Although I believe that other factors, (press coverage predicting a McAuliffe landslide) tipped the balance away from electing one of the most freedom loving governors in our time, many laid blame on the libertarian candidate Robert Sarvis. 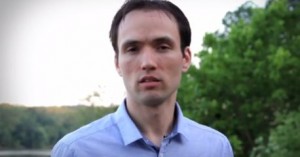 In 2013 Sarvis (a former Republican candidate) repeatedly took positions unorthodox to libertarian principles casting doubt on whether he actually believed in the platform underlying his nomination as a libertarian.

He further came out in support of a vehicle miles driven tax, a tax that would require constant monitoring of driver behavior.Â  Breitbart.

He also expressed openness to Medicaid Expansion in Virginia as long as it was connected to more state level control.Â  MSNBC.

In response to these statements voluntarily made by the candidate and reported on by media, conservative publications, and conservative bloggers, supporters of Sarvis acted as if this was a smear campaign as opposed to vetting.

It turns out that â€œLibertarian Booster PACâ€ was the single largest contributor (outside of the candidate himself) to the Sarvis for Governor Campaign, providing in kind services to gain ballot access for Sarvis.Â  Libertarian Booster PAC received almost 2/3â€™s of its funding from a known Obama bundler, Joe Liemandt in 2013.

This news came out the day before the election, too late to reach anyone but the most involved activists.Â  Blaze.

Sarvis is running for Senate now, but have the democrats come out again in support in order to dilute the Gillespie vote?

Given the timing of Sarvisâ€™ announcement, he has not had to file a campaign finance report until now.Â  The just now available FEC quarterly report filed by the Sarvis Campaign reflects that no funds were spent on petitioning to be on the ballot.Â  The question then becomes, does Sarvis have an amazing volunteer base, or is something missing from the report?

Sarvis submitted over 19,000 signatures to qualify for the ballot in Virginia this year.

Only two candidates for statewide office in Virginia (Governor and Senator) have qualified from the Libertarian party in the last ten years.

In 2008 William Redpath qualified as the Libertarian Party for Senate.Â  In that election year Redpath spent a little over $13,000.00 on petitioning for ballot placement.

In 2013 Robert Sarvis qualified as the Libertarian Party for Governor.Â  Sarvis received $10,000.00 in ballot petitioning services as in-kind contributions from â€œLibertarian Booster PAC.â€

Given the negative fallout from last yearâ€™s last minute revelation, if funding for ballot petitioning was funded by a not-so-libertarian group, there may be delays in reporting such donations.Â  If the money came from truly libertarian individuals or organizations then there will be an amendment and this will not be an issue.

But, as over 19,000 signatures were gathered, either the Libertarian Party of Virginia is far more organized than in the past ten years or something is missing from Sarvisâ€™ report.

Robert Sarvis Qualifies for the Ballot, this Time Without Liberal Funding? was last modified: July 23rd, 2014 by Paul A. Prados

As notbent suggests below, following the money can be interesting. From what I can tell, Joe Liemandt was not the Obama-bundler… his wife was. This may seem a minor point, but if you look at the breakdown of their donations from 2000 through 2014, there was a period (mostly with Joe as the named donor) where 60% to 80% of their joint donor-dollars went to Libertarian Party causes. This can be traced to a time when Joe called up some Libertarian group in Texas, and asked what they could accomplish given a million bucks.

Now, in the years since that phone call, Joe and his wife didn’t donate a million bucks, but they did donate a couple hundred thousand bucks to Libertarian Party groups/candidates/etc. More than they donated to the dems, during the same time, uniformly. With the rise of Obama in 2008, and even more so in 2012, the joint donor-dollars going to the Libertarian groups have gradually dried up, and most of the money they give is now going to the dems, it looks like. Not sure if this is because Joe has lost faith in the Libertarian party, or if it is because his wife’s ideology is getting a turn with the family finances, or what exactly. But it is clearly wrong to say Joe is a stooge for Obama, not a libertarian at all.

At the end of the day, I take no position on whether Sarvis is “really a Libertarian” candidate or not, since I don’t know his positions deeply enough. However, it seems reasonably clear from the public record of Liemandt donor-bucks, that Joe really was a died-in-the-wool Libertarian donor (albeit currently lapsed) when he gave the money to the Libertarian PAC, which later found Sarvis in VA. There are some papers which have Joe listed as the bundler, not his wife, but my digging indicates those are mistaken (or just sexist) notations.

As for Cuccinelli, sorry he is not in the Senate, but kinda glad he is running the SCF. On that subject, McDaniel filed an election-challenge with the MSGOP state SREC body on 8/4, and they have ten days to decide whether to unseat Cochran voluntarily, or if they will force McDaniel to take them to court. http://mcdaniel2014.com if you want to see the 200 pages of evidence

Most of us supporting Sarvis do so because we cannot stand Warner or Gillespie. Whether or not he is Libertarian-Enough isn’t an issue. That said, I have gotten many clarifying remarks back from Mr. Sarvis regarding supposed non-libertarian statements and now do believe he is, mostly, libertarian-enough.

The Republican message for the past years has been nothing but mushy and wimpy. Even Cuccinelli’s message wasn’t what he normally puts out. Why? Because of consultants who preach that they know how to win and most of them don’t. Republicans have strayed away from Republican principles and will not proudly proclaim them. Republicans will not recognize the danger that Democrats and Obama portray. They can’t get past the fact that this is not your father’s Democrat Party. They have gone all radical all the time and Republicans can’t seem to figure out a way to fight it. Same with Libertarians. Their message is just as convoluted and people just can’t seem to tell who is lying and who isn’t..

When will Republicans start taking responsibility for their loses? Cuccinelli lost because of Cuccinelli, not Sarvis, or anyone else. Stand up, quit whining, take it like a man.

it pains me to do so, but I agree with you

I don’t know why Ken lost, but Virginia is paying a heavy price for his having done so.

What say you now?

that is a myth not based on facts. I have gone over the election results… over and over. Sarvis actually took votes away from McAuliffe!

I’m sorry but I find that really hard to believe…it would be nice to think that but I find most times the voters are very “uninformed” and do almost NO homework before they vote. They use the MSM and print headlines along with talking points to decide. My prime example…ask anyone who voted for Obama, in either election, if they read either/both of his books? I don’t think that I have ever found ONE. I read both and also had read Romney’s book just after it came out. I had know a lot about Mitt long before he ran for office. I was interested in how he ran the Olympics and how he does business. A very principled and interesting man. Would he have been my first choice…NO…not as Conservative enough for me but a whole lot better than what we have. McAuliffe is/will be a disaster. IF Hillary does run…I can see him leaving to hopefully be her best buddy.

Here’s that damned operative spewing the “talking points”. I was wondering where he was. Cooch had it wrapped up…and of those 7% of votes that McAwful and Cooch did not secure (this jagov’s votes)– the 2% that separated Cooch from McAwful were assuredly in Sarvis’ portion. Cooch would definitely have secured enough of the Sarvis vote to have saved us the embarrassment of McAwful’s idiocy.

Good, interesting points and well worth looking into. You put your finger on the crux — follow the money. I Wonder how the Libertarian Party feels being used that way? Did they not care or were they just so happy to have their party on the ballot nothing else mattered?

Big shame on the Republicans and Cuccinelli’s campaign for not outing Sarivs before the 11th hour last Nov. At the least they should have hammered the areas where Sarvis held definitely un-libertarian views; and painted Sarvis as a self-serving sheep in wolf’s clothing.

Two questions come to my mind – 1) have we Republicans learned our lesson and are vetting/digging into all other candidates, esp in races which might be close? And 2) why don’t we Republicans take a play from the Dems’ dirty but oh-so-successful playbook and run our own quasi-green/lib/nutty spoilers OURSELVES?!? Why don’t we try and dilute the Dem vote?

Where are those Greens when you need them?

It could be that the Dims are even more vulnerable to this tactic.

Agreed. Warner is going to run away with this one.