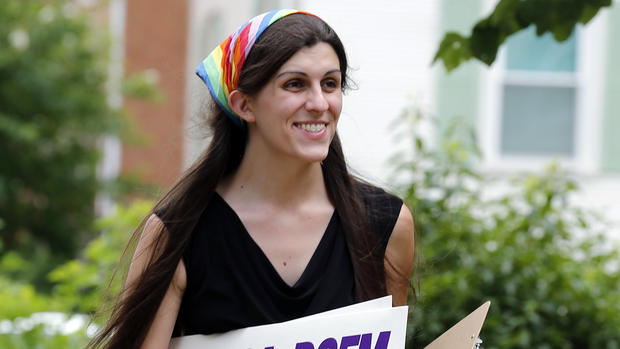 Roem to push insurance companies to pay for genital mutilation

When the new Delegate-elect Danica Roem goes to the House of Delegates she intends to work with the Democrat caucus for the passage of laws for people who think they were born in the wrong body.  She wants all insurance companies to be forced to pay for hormone treatment, genital mutilation surgery, and whatever else these disturbed people think they need to cure their mental health problems.

Those mental problems have convinced these sad people that the problems they have in their minds can be cured by changing their body.  Changing the outside doesn’t fix the inside. Roem should be asking insurance companies to pay for mental health treatment for these unfortunate souls, and not genital mutilation.

“LGBTQ health care is health care,” Roem, who will be the first transgender elected official in Virginia, said Friday during a conference call with reporters. “It is not cosmetic. It is not elective. We are following our doctors’ orders.”

Seriously?  Doctors order people to have surgery to alter their bodies forever? The first rule of physicians is “Do no harm.”  I do not believe any doctor is telling a patient they MUST have breast augmentation and genital mutilation.  No physician would write such an order.

While Republicans in the House of Delegates want to focus on improving the economy of Virginia, roads, and schools, this ‘woman’ wants to focus on having the rest of us pay for her gender mutilation surgery.  How sad for those people in the 13th district who have real problems that have nothing to do with Dan Roem wanting to become Danica Roem. It appears their problems will not be the focus of their delegate.