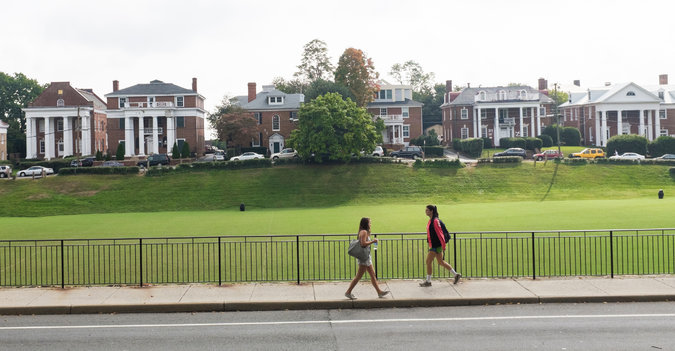 After many questions arose about Rolling Stone’s article last fall about a brutal rape at a fraternity at the University of Virginia, the magazine hired the Dean of Columbia’s school of Journalism, Steve Coll, to investigate their report and what went wrong. The magazine has now retracted the story and printed Coll’s report here. [read_more]

The author of the magazine’s  article about the rape, Sabrina Rubin Erdely, issued this statement,

“The past few months, since my Rolling Stone article “A Rape on Campus” was first called into question, have been among the most painful of my life. Reading the Columbia account of the mistakes and misjudgments in my reporting was a brutal and humbling experience. I want to offer my deepest apologies: to Rolling Stone’s readers, to my Rolling Stone editors and colleagues, to the U.V.A.(sic) community, and to any victims of sexual assault who may feel fearful as a result of my article.

“Over my 20 years of working as an investigative journalist — including at Rolling Stone, a magazine I grew up loving and am honored to work for — I have often dealt with sensitive topics and sources. In writing each of these stories I must weigh my compassion against my journalistic duty to find the truth. However, in the case of Jackie and her account of her traumatic rape, I did not go far enough to verify her story. I allowed my concern for Jackie’s well-being, my fear of re-traumatizing her, and my confidence in her credibility to take the place of more questioning and more facts. These are mistakes I will not make again.

“Reporting on rape has unique challenges, but the journalist still has the responsibility to get it right. I hope that my mistakes in reporting this story do not silence the voices of victims that need to be heard.”

The President of UVA owes an apology to fraternities and students for her overreaction to the story.  President Teresa A. Sullivan immediately suspended fraternities on the UVA campus when she read the fake story. She was quick to think the worst about UVA fraternities. Now President Sullivan has issued another statement about the phony article,

“Rolling Stone’s story, ‘A Rape on Campus,’ did nothing to combat sexual violence, and it damaged serious efforts to address the issue. Irresponsible journalism unjustly damaged the reputations of many innocent individuals and the University of Virginia. Rolling Stone falsely accused some University of Virginia students of heinous, criminal acts, and falsely depicted others as indifferent to the suffering of their classmate. The story portrayed university staff members as manipulative and callous toward victims of sexual assault. Such false depictions reinforce the reluctance sexual assault victims already feel about reporting their experience, lest they be doubted or ignored.

“The Charlottesville Police Department investigation confirms that far from being callous, our staff members are diligent and devoted in supporting and caring for students. I offer our community’s genuine gratitude for their devotion and perseverance in their service.

“Sexual violence is a serious issue for our society, and it requires the focus and attention of all in our communities. Long before Rolling Stone published its article, the University of Virginia was working to confront sexual violence. And we will continue to implement substantive reforms to improve culture, prevent violence and respond to acts of violence when they occur. Our highest priority is to ensure the safety of our students so they can learn and achieve their personal potential in an environment of trust and security. We will continue to work tirelessly in pursuit of that goal.”