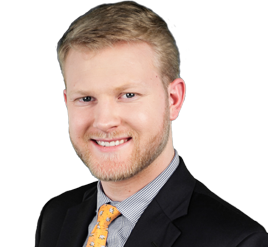 The young Ashburn Republican brings to the race an energetic campaign style and deeper roots in the district than the incumbent (who moved to the district at this time last year in order to run for the open seat). [read_more]

Wexton won the seat vacated by newly elected Attorney General Mark Herring in a special election earlier this year. Her narrow victory over John Whitbeck, in a race with a “splitter” candidate in the form of Joe May, was frought with problems that Meyer is undoubtedly poised to exploit this time.

From the Loudoun Times article with the scoop:

“Whether it’s transportation, healthcare, technology, or education, voters are looking for innovative solutions and results – not ideological partisanship focused on divisive issues,” he said.

Meyer is a former spokesman of Young America’s Foundation and the Reagan Ranch. Another key campaign point, he said, will be accessibility. He said he will “respond to all messages on social media and offering a phone number where I will respond personally.”

“Wage and job growth have slowed thanks to Washington’s disgraceful dysfunction. Wage growth was nearly flat in Fairfax County, and while it has improved in Loudoun, I’ve talked to dozens of recent college grads who are still struggling to find work,” Meyer said. “The only way to build an economy for the future that isn’t reliant on Washington is to attract new businesses by improving infrastructure, higher education, and our tax structure.”

Meyer is the only candidate so far to announce an intention to seek the GOP nomination. The Bull Elephant will keep you apprised of developments. More can be found here.

Does this mean the 33rd District voters will once again have to suffer from Ron Meyer’s narcissistic comparisons of himself to the Founding Fathers (0:55)?

In what way was it a narrow victory? She beat Whitbeck by over 3,000 votes. You don’t get to call it a narrow race with a splitter unless the splitter got more votes than the margin of victory or at least within a couple hundred. Even if every May voter went for Whitbeck, which is highly unlikely, she still wins by about 1,200 votes or about 5%. Narrow is Gillespie losing to Warner or Wayne Coleman losing to Lynwood Lewis.

I would also point out that because Joe May (who used to be a Repubican) was in the race, the Republican Party donated “lightly” so John Whitbeck was largely left to fund his own race. This meant he was out-gunned by hundreds of thousands of dollars. Had Whitbeck and Wexton been equally matched financially, the race would have been much closer. Most recently, Republicans hung Cuccinelli out to dry and saw how he could have actually won if he had beend properly funded.