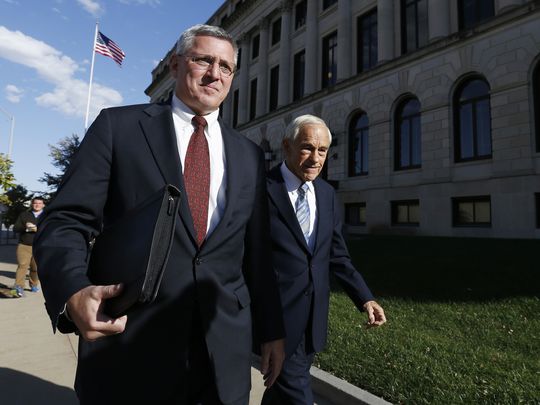 According to allegations in the indictment, former Iowa State Senator Kent Sorenson initially supported one candidate in the 2012 presidential election, but between October and December 2011, secretly negotiated with Benton, Tate, and Kesari to switch his support to their candidate in exchange for money.  On December 28, 2011, at a political event in Des Moines, Iowa, Sorenson publicly announced his switch of support.

The payments themselves were not illegal but the government claims they were structured to avoid reporting requirements for federal campaigns. The specific charges are conspiracy, obstruction of justice, causing the submission of false campaign expenditure reports to the Federal Election Commission (FEC), and engaging in a scheme to make false statements to the FEC.  Benton was additionally charged with one count of making false statements to the FBI.

However, on October 9, 2015, Judge John A. Garvey, Chief Judge of the United States District Court for the Southern District of Iowa dismissed four of five counts against Benton and all counts against Tate, ruling that the Department of Justice violated promises made to Benton and Tate in a “proffer agreement,” that if they agreed to be interviewed by the government, certain statements they made would not be used to try to convict them. Under the ruling, Tate has been dismissed from the case but is not out of the woods yet as he could be re-indicted.

This leaves a single charge against Benton of allegedly making false statements to the government during an interview. Kesari still faces the charges detailed above.

On Wednesday October 14, 2015, Ron Paul testified before a jury in Des Moines, Iowa that he believes the timing of the indictment by federal authorities was intentionally announced one day before the first Republican primary debate on Fox News, that featured his son Rand Paul, in order to damage Rand’s campaign.

So how strong is the Federal government’s case? Ron Paul has taken no position on the matter, limiting himself to questioning the timing of the indictment. Ron Paul’s attorney Steve Webster of Webster Book, LLP in Alexandria, Virginia declined to comment given the ongoing trial.

Sorenson himself pled guilty in August 2014 to concealing payments to himself and obstruction of justice. He has not yet been sentenced.

Sorenson has been testifying this week in the trial pursuant to a “cooperation agreement” with the government. The end-game for defendants who enter into such agreements is the hope of leniency at the time of sentencing. His credibility is sure to be a central issue in the case.