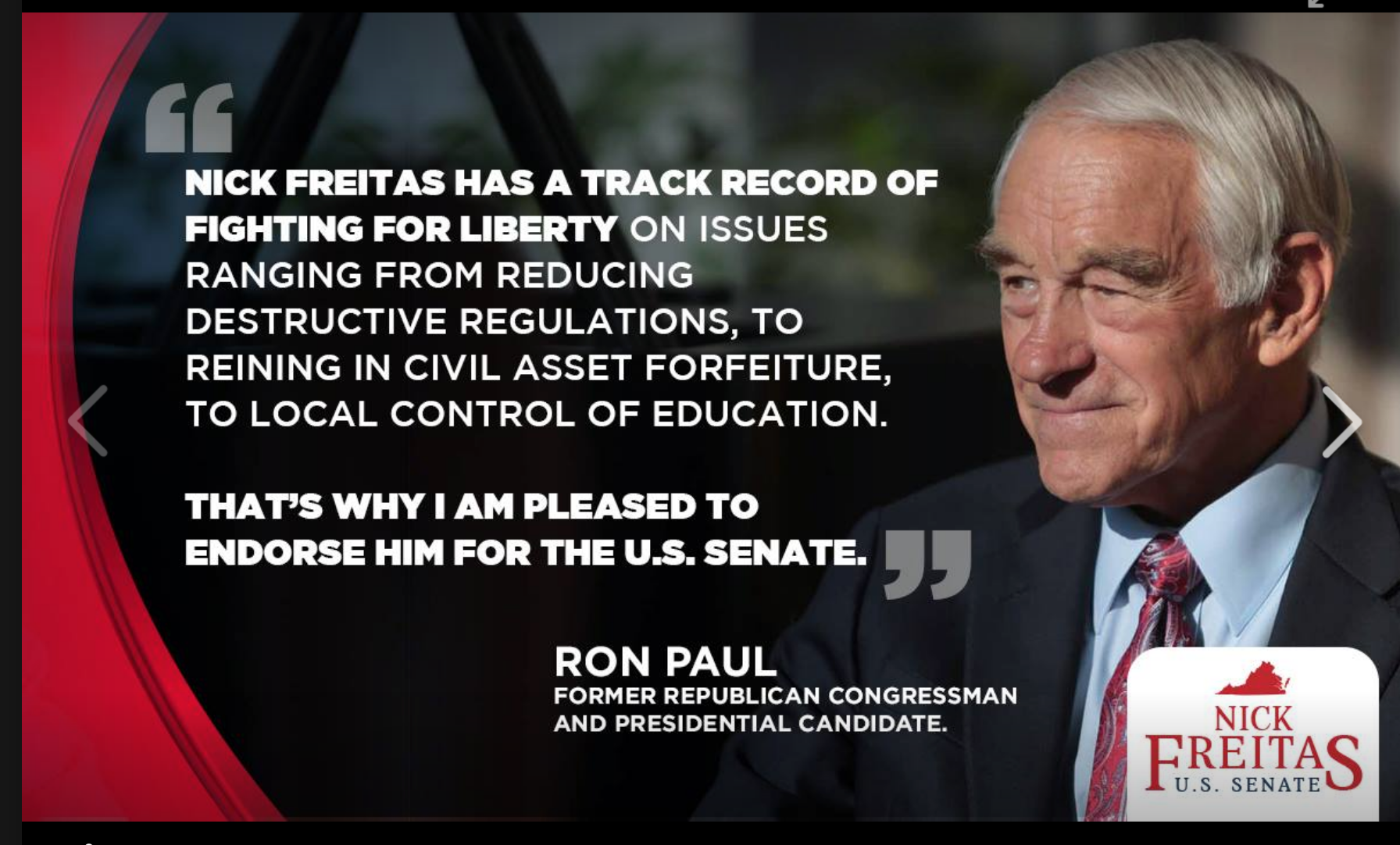 “Nick Freitas is the real deal and I urge liberty conservatives and those who believe in the constitution and limited government to rally to his cause and campaign. Through his involvement in politics and as delegate, Nick has stood firm to principles while showing he is willing to work hard and fight for what he believes in.”

[…] am impressed by the endorsement by BOTH Ronulus Magnus II (Ron Paul) and his son, US Senator Rand Paul.  (Ronulus Magnus I is President Ronald […]

[…] very often I agree with the Other Sanders or the NYTimes.  But Ron Paul is golden for me.  (Paul endorsed Del. Freitas and so did US Senator Rand Paul, […]

My Liberty came from God.
I am smart enough to know that to allow either Democrats or Republicans to have total control in representation or that will take away my Liberties as a Freeman.

And evidently Liberty for some is a free flow of Labor not adhering to the same laws that our Liberty created.

How can you Broaden the Tax Base when you allow illegal employment and don’t know how to collect the tax?

There is nothing in the “Liberty Movement” in its real application (less Fed. gov. control, 2nd A, all those things) that Stewart doesn’t also stand for. One gets the feeling w/Nick that he has just hijacked the buzz phrase “Liberty”.

How come 5 Va Republicans Delegates (political comrades of Freitas) voted to kill hb1106, thus not prosecuting Federal and State employment and tax fraud?
Delegate Freitas is correct Goverment is the problem and if he holds a seat belonging to the people of the Commonwealth and remains complicit there is no logical need to advance his political aspirations, for that is all he has political aspirations.

Awesome, Ron Paul is the Godfather of the liberty movement!