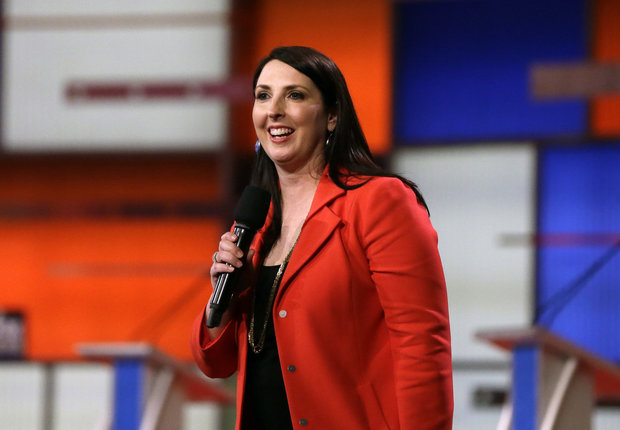 RPV Chair John Whitbeck thought Ronna Romney McDaniel would be the next RNC chair.  Looks like he was right, she is Trump’s first choice for RNC chair.  McDaniel is Mitt Romney’s niece and Michigan Party Chair.

Republicans carried Michigan for the first time since 1988 with Trump winning Michigan by 10,704 votes. A few weeks ago Green Party candidate Jill Stein instituted a recount of Michigan’s 4.8 million votes. On Wednesday a federal judge halted that recount.  Trump has officially won Michigan and Jill Stein has conceded there will be no recount.

Ronna McDaniel is Reince Priebus’s choice to follow him into the Chairmanship of RNC.  From the Hill.com,

McDaniel is the favored choice of current RNC Chairman Reince Priebus, according to two sources with direct knowledge of Priebus’s thinking. Trump has told Priebus that he wants him to take responsibility for ensuring the RNC is put into safe hands under his presidency.
Priebus knows he’s going to have his hands full as the incoming White House chief of staff. So, according to a source familiar with his thinking, he wants his replacement to be somebody that he trusts and who knows their way around the committee.

McDaniel became chair of Michigan’s Republican party in 2015. She won the support of both the establishment Republicans and Tea Party Republicans, beating two other candidates for chair, securing 55% of the vote.
Ronna Romney McDaniel-Trump’s Choice for RNC Chair was last modified: December 12th, 2016 by Jeanine Martin

Ivanka Trump is offering deep-pocketed bidders a chance to chat with her over coffee for a cool $50,000.

In a listing posted last week on auction site Charitybuzz, the daughter of the President-elect and Trump Organization executive vice president volunteered 30-45 minutes of her time for a “private meet and greet.” The two winners, who must pass criminal background checks and be
approved by the Secret Service, will have the opportunity to meet with Ivanka Trump sometime in 2017.

The entire Trump family is white trash. The fact that they poop in gold-plated toilets changes nothing. I’m an old redneck from rural SW Mississippi. I know white trash when I see it and the Trumps are trash.

That can’t be true: everybody knows Trump is a big sexist./sarc

She sounds great. Score another good pick of Trump’s.

That remains to be seen. Any tie to Romney’s clan is not going to go over well.

Especially since Saul Alinsky was an advisor to George Romney.

OK. What happened when the Romney for SOS news
came out? Trump voters hate Romney almost as much as Clinton. Disregard that if you want, but people are already wondering about many of Trump’s other picks.

She’s like their Suzanne Obenshain. Don’t punish the Niece for the sins of the Uncle.