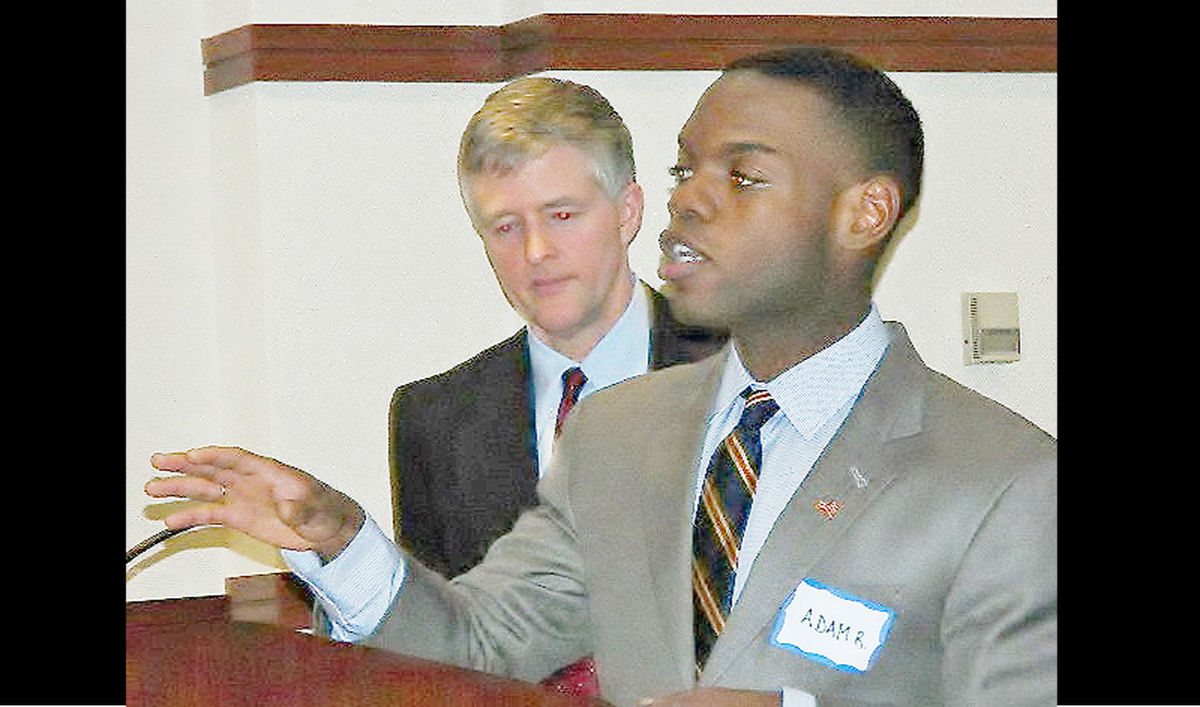 Two well-spoken politically savvy men are running for Delegate at opposite ends of the Commonwealth where government has run out of control. Democratic strongholds are oft left to a ‘sacrificial lamb’ candidate as PAC money is funneled into tight races. This time around, it may behoove freedom loving Virginians to take up the charge and bring the fight to the Democrats’ base. If not, and they don’t see what we’re really about, the same old phony narratives will live on.

Terry Hurst is a no-nonsense Navy veteran with a bachelor’s in Psychology from Old Dominion University. Running as a Libertarian, Terry has long witnessed the abuses of big-government bureaucracy consume Norfolk. Offering free market transportation solutions against expanding a rail system that is hemorrhaging money and increasing transparency in a district whose City Treasurer was indicted on corruption are top priorities. Running in the 89th district, where constituents typically vote Democrat 3:1, Terry is gaining traction in social media and outreach. He has raised more money than his opponent, Jay Jones, which isn’t saying much given that Jones has raised nothing at all.

The Democrats think this is going to be a cake walk. You see, Jones is a lawyer whose father served as delegate in the same district for over 20 years.  I had believed we fought a war against King George in order to get away from divine rule monarchy, but politics is highly susceptible to nepotism. Jones doesn’t offer any solutions on his campaign webpage, just talking points. Terry has specifics for his causes, such as ramping down the war on drugs, decriminalizing marijuana and allowing businesses to compete for solutions to sea-level rise rather than inept bureaucrats. Norfolk voters should think long and hard before continuing their tactless pledge of undying loyalty to the same party.

Meanwhile in Arlington, a citadel of Blue Virginia, Adam Roosevelt wages war on perceptions and narratives on a daily basis. An Army veteran who served two tours in Afghanistan, Roosevelt brings a crisp and enduring presence to the 49th district race. In a district that envelopes the Pentagon itself, Roosevelt tirelessly promotes Veterans rights and businesses. Like Mr. Hurst, Adam’s district went 70% to one of the weakest Democrat candidates for Governor in the past 30 years. It is places like this that the worn out narrative of Republicans not caring is packaged and reinforced to the voter by us not showing up.

I know, I know…you’re probably hemming and hawing at this right now thinking “Aren’t those districts drawn to be Democrat safe?”

To that I say 7,000. That’s how many votes gun-grabbing tax-and-spend liberal delegate Alfonso Lopez gets in a district of 48,000 voters. Lopez, who keeps himself busy peddling bills to grant illegal aliens in-state tuition and drivers licenses, has never faced a Republican challenger in his 3 terms as Delegate.

We need to push these Galapagos Iguanas out of their islands of safety. We need to boldly bring our message where it hasn’t been before, and Mr. Roosevelt and Mr. Hurst are leading the charge.

I dunno. I went to Terry Hurst’s website and, while I may be wrong, he appears to be more on the liberal side of Libertarian.

Yep, I am Terry’s volunteer coordinator and you are absolutely correct.

Garbage article. Also the Pentagon isn’t in the 49th.

Not much of an argument.

You say that like Hurst is a Republican running. Is that why the title doesn’t reflect a plural?

I didn’t write the Sub-title. I will see this gets corrected.

I am Terry’s volunteer coordinator. He is definitely NOT a conservative. More of a left-leaning libertarian.

Great, he should write some articles for TBE Illustrating the best that Libertarians can be.

Bravo, gentlemen! We Republicans should ALWAYS field a candidate, even in “safe” blue areas. Always. Because not doing so is wussy and defeatist.

The Democrat Party is imploding and we should help to further take it down.

Besides this is the era of the non-politician, and lack of insider cronyism is a big plus. Roosevelt and Hurst are a breath of fresh air in a fetid swamp.

Their campaigns, with limited government messages, are already starting to drain their local swamps.

Thanks, Connie. I have met both – Terry deeply cares about Norfolk and Roosevelt is wise beyond his years

We Libertarians are coming for your Republican delegates next 😉

You can have them, love your guy? running against Bob Marshall!