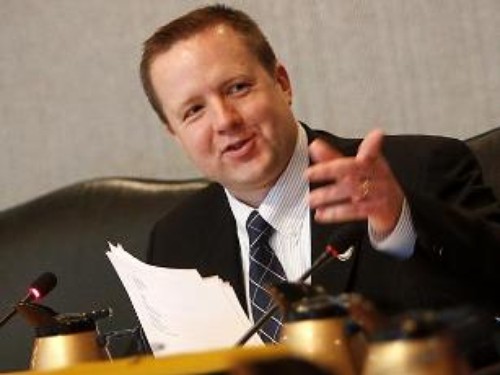 RPV, Be Careful What You Wish For

It’s that time of year again, the time where Virginia Republicans go through the ritual hari kari of fighting over convention versus primary. A more mind-numbing debate there has never been had, but the entire debate has become a giant Christmas tree where everyone in the party gets to hang their own agenda-ornament on it. And here we are again. Everyone has opinions and we are seeing them on both The Bull Elephant and Bearing Drift, some saying keep the compromise while other saying to vote your conscience this weekend as RPV decides how to handle the nominations for the 2017 statewide offices. If you recall, a shadowy agreement was made last year where the presidential contest would be a primary in 2016 (which Donald Trump won) while the 2017 nominations would be, wink-wink nudge-nudge, a convention. Let’s of course acknowledge the irony of grassroots conservatives complaining about getting the short end of a handshake sort-of bargain.

My personal stance on primary versus convention has never really changed, IDGAF. For convenience I prefer primaries but conventions can be fun. The absolute truth is neither primary nor convention can predict the strength of a candidate or campaign. We’ve won campaigns out of conventions and lost campaigns out of conventions, and the same goes for primaries. The grassroots conservatives crowning moment was done via primary, when Dave Brat smashed Eric Cantor in 2014 with the help of independents who would have not been included in a convention. Meanwhile, that same year Ed Gillespie launched an amazing Senate campaign that might have been victorious if given another week out of a convention where he worked hard to reach out to conservatives. So the assumptions about the actual results of these methods of nomination do not reflect the party factions that fall on each side of this debate.
With that being said, the brass tacks of 2017 is we have three gubernatorial candidates and the one that stands the best chance of winning a primary is Corey Stewart, a man who will have the entire Trump network behind him that won their own primary this year and without any discernible Tea Party rival that will split the grassroots conservative base that he will no doubt command. Ed Gillespie, the prohibitive favorite, will more than likely be dealing with Rob Wittman’s campaign cutting into his Republican support across the middle of the state. Corey doesn’t need to win 50+1 in a primary like he would in a convention and he can count on his base in Northern Virginia combined with the Trump network as well as Tea Party groups across the state he is wooing, effectively from what I understand.

So if you’re an RPV member who wants Ed Gillespie to be governor, or even Rob Wittman, my suggestion to you is to pick a convention. Corey Stewart does not have the support of 50+1 in the party whether a primary or a convention and he would be forced to achieve that in a convention. In a primary, he can pump out the turnout in Prince William and Loudoun and combine it with downstate conservatives while Wittman and Gillespie split the rest of the party.

Instead of thinking about factions, think about actual politics. The GOP establishment, who now seemingly have numerical control of RPV, are preparing to cut off their nose to spite their face. Be careful what you wish for.

RPV, Be Careful What You Wish For was last modified: August 23rd, 2016 by Chris Beer

Hey, why is Elephant now attacking Corey, my future Gov? Actually, reacting to another attack on Corey by Brian S. is what got me kicked off Bearing Drift. At least try to be fair to all potential gub. candidates. News: Trump is our nominee – follows that Corey resonates too.

I’m more attempting to point out the hilarious irony that the staunch primary establishmentarians in our party will win their battle but lose their war, because they are about to make it much easier for Corey to win the nomination – someone for whom they despise.

What’s wrong with Corey Stewart? He’s anti-immigrant, pro-birth, fact-free and, best of all, he’s Trump’s campaign manager. He’s everything the GOP loves. Maybe you could get “Bishop” E. W. Jackson to be his Lt Gov and re-run Kookynelly as AG. Talk about a DREAM TEAM!!!

Why not instead think about the method that will best help our party WIN the general election?

Doesn’t matter what the candidates support. The RPV head of steam is roaring toward a primary.

I thought I saw Corey strongly supports a convention.