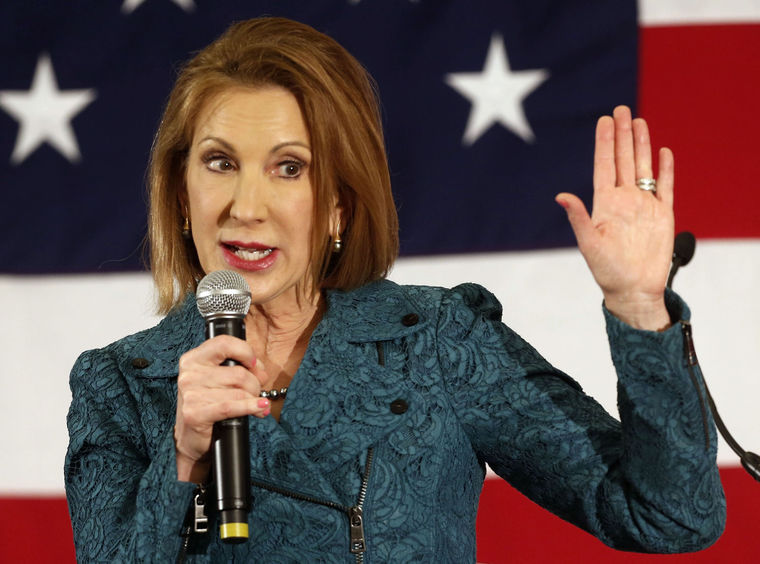 RPV Chairman John Whitbeck on Diversity in the Republican Party

“The Democrats don’t really seem to be producing much diversity this time around. I think Republicans are a lot more diverse in the field,” said Dan Palazzolo, a political science professor at the University of Richmond.

According to Virginia Republican Party Chair John Whitbeck, “the face of the party is changing”.

Dr. Carson’s candidacy is a testament to the efforts that we are making that African-Americans feel like they can compete in a GOP field for president despite the Democratic Party trying to portray that we are exclusionary for those communities,” Whitbeck said.

Candidate Carly Fiorina and Dr. Ben Carson are both considered ‘outsiders’ although Fiorina lives in Northern Virginia and Dr. Carson lives in the Maryland suburbs of Washington DC.

RPV Chairman John Whitbeck on Diversity in the Republican Party was last modified: May 6th, 2015 by Jeanine Martin

Not to mention that the Democrats just kicked their Muslim candidate, Jack Tawari, to the curb and replaced him with a shiny new white guy, Mr. Bell.

Just like they kicked Colonel Mulrine to the curb for a young woman.

Bell ran before, he may be shiny and white, but he’s not new.

You know, if the republicans start playing these PC word games they are going to lose the election. Here’s a word for you.

As in THE PEOPLE. That’s a word this party hasn’t paid attention to since Newt was in office. Oh, they like to claim we are their only concern. They mention us every time they address things like the Patriot Act or NSA snooping. And of course illegal workers are people too, as well as the much maligned Wall Street Crooks and stateless Corporations.

But some how that’s just not the same thing most of us have in mind when we talk among ourselves, is it?

Wouldn’t it be nice if they saw fit to mention “citizens” once in a while as well? But I guess the party and it’s leadership have other agenda that puts more points on the old Presidential election Scrabble board. Instead of mixing C’s and Z’s or R’s and T’s to get the best PC candidates, they need to stop second guessing the voters. If the GOP plans to take over the oval office they better start using only words that matter this election cycle.

The first word they should address is: YOU.

Diversity in gender, diversity in ethnicity, diversity in socioeconomic status, diversity in political experience are all desirable goals but they are NOT going to contribute directly to solving our nation’s problems. This party needs first and foremost a growth in the application of new innovative ideas and practical solutions to existing problems, the patience to hear them out, constructively debate options and useful criticisms and the courage to implement them regardless if they directly benefit you personally or even potentially call for sacrifice. This is something far too many long tern Republican incumbents both in and outside of leadership have demonstrated they are incapable of doing and too few newly entering the elected political arena place any consideration on. That is the real source of the party’s stagnation beginning during the Bush Presidency and continuing through today.

I think the party needs more of what it’s had for the past few years.

Debate is healthy, and so is in-fighting.

The people who want everyone to “just get alone” are the ones who were benefiting from it when the party slept through the 1990’s and early 2000’s. Times change.

Exactly. When they say they just want everyone to get along it means, “do it our way and shut up, we know what’s best”.

I hope you said that in front of a mirror.

We let you have your say here, right?

Actions speak louder than words. I for one am very pleased with the amount of heat you and your cadre received over the Sheriff’s race.

Wow. Just wow. You can’t get past that, can you?

This thread has nothing to do with the sheriff’s race. Please try your best to remain on topic. Thank you.

It has everything to do with “my way or the highway”. You brought it up! I was just kind enough to hope you had looked in the mirror when you made your statement. There is a lot of truth there, you would server yourself well by thinking about it. It can explain the negative reactions you receive.

Don’t care. But thanks for sharing you POV.