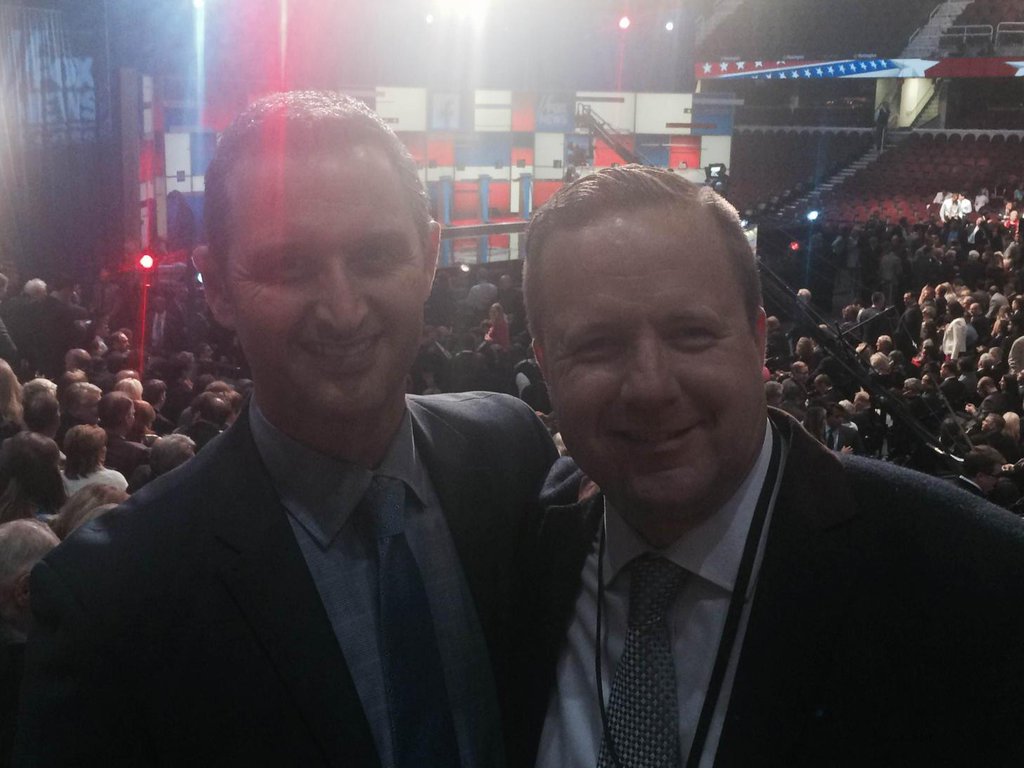 The Republican party of Virginia is all in for Donald Trump, choosing his campaign manager Corey Stewart to head up Team Virginia, formerly known as Victory Virginia.  Stewart heads the Trump campaign in Virginia, is a candidate for Governor in 2017, and currently chairs the Prince William County Board of Supervisors.  Former Presidential candidate Governor Jim Gilmore will share the duties with Stewart.  RPV chairman John Whitbeck made the announcement on Thursday saying,

“With Corey Stewart on board, we will be able to bring together the resource of the Trump campaign and combine them with the resources that the Republican National Committee and RPV have already committed to this effort, Team Virginia is the largest and most aggressive plan in the history of the RPV.”

Team Virginia will focus on voter registration and turnout in addition to communications and social media.

“People are going to be surprised at the number of new Republicans who come out to support Trump and the Republican ticket,” said Stewart.

Great. A former Governor who got his butt kicked in his last three attempts to run for office and a guy who didn’t read the convention rules and spent most of the day whining about it. What a perfect duo.

Waste of time. Losers working for a loser. If the delegates don’t find the courage to save this country by nominating someone, almost anyone else, than the vulgar fraud, then it will be Madame President. It is truly tragic that liberal, gun-grabbing, hater of the Bill of Rights hijacked the GOP and part of the tea party. We had Reagan 2.0 yet we went with a stupid criminal lefty to fight a crafty criminal lefty .

Have we seen this movie before? Manager for wealthy, slimy presidential candidate also makes bid in subsequent governor’s race? Isn’t this what got us Governor McAuliffe?