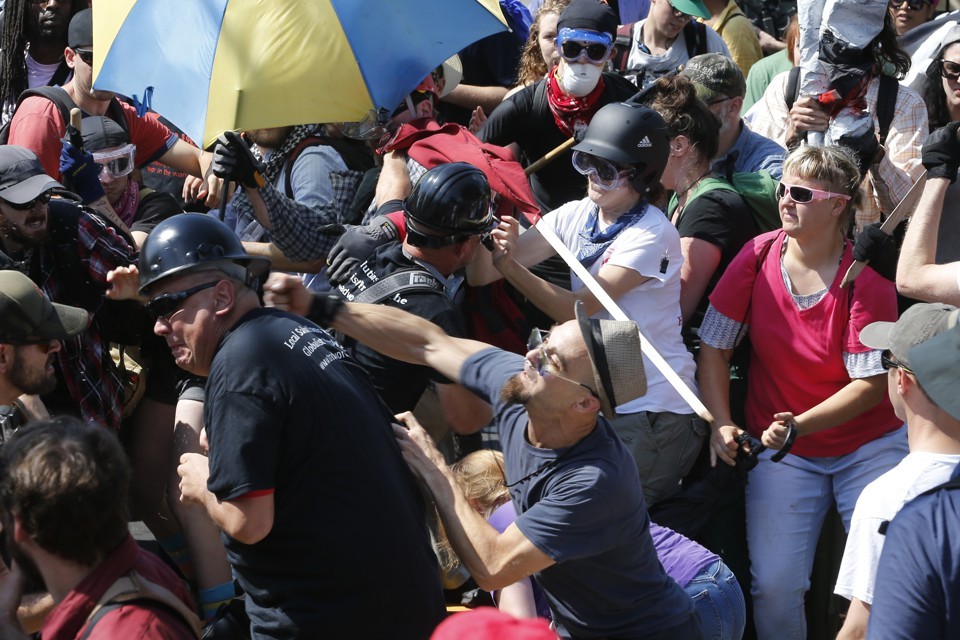 RPV Has An Important Choice For 2018

The disgusting and racist violence on display in Charlottesville has us all sick to our stomach watching live. The events have refocused a spotlight on the alt-right, which the GOP has been trying to deal with for nearly two years.

But there should be no doubt now about what this movement is, and that it should be removed from the Republican Party like a cancer. The longer we either remain silent or wink and nod at it, the more malignant it will become.

President Trump’s remarks yesterday were an incredible letdown in his failure to condemn this movement with the same vehemence as he does radical Islam. We deserve better from a president and he needs to understand this. If he wants the right words he should just ask his wife.

The other part of this sad spectacle on display were the problems we have here in Virginia. To those of us who know the state, these events weren’t something that came out of nowhere but rather the explosion at the end of a very long-burning fuse. The nexus of this specific violence comes from the city of Charlottesville trying to tear down monuments to Confederate soldiers. It had remained something of a local dispute that was curiously followed around the state, but it did not become a full-throated cause until Corey Stewart embraced it during his gubernatorial run. Since his narrow loss to Ed Gillespie, it seems clear that Stewart has shown no intention of backing down from this position.

And now as of this writing Corey Stewart is the leading candidate to be the party’s nominee for the U.S. Senate in 2018. This is an enormous problem.

This is a truth Republicans have often struggled with: we have relied on southern white votes to win elections and we have excused some things we should have condemned. All the bad Trent Lott jokes aside, I’ve always believed that conservatism and libertarianism are about bring more freedom and more liberty to the individual. But if the GOP nominates Corey Stewart for the U.S. Senate in Virginia we will own the alt-right in this state and not one of us will be able to get away from that fact. Everything we have all worked to build in this state will be taken from us by the very people who sought to burn down Charlottesville.

Am I being too dramatic? Aren’t there perfectly good people who believe that Confederate statues should remain because they are apart of this Commonwealth’s history? Can’t someone support Corey Stewart and not be an alt-right racist? Sure, but the problem with Stewart himself is he nakedly saw this as a political cleaver that he swung at the party just enough to divide it. He chose this issue and made it overtly political when it had not been before. He owns it, and the people who voted for him own it because they knew what they were signing up for.

It is imperative for those of us on the Constitutionalist right—conservatives and libertarians alike—take the lead in blocking this from happening. Candidates like Stewart operate at their best when they can have support from the alt-right but also lay a claim to being the true conservative when they are matched up against establishment “squishes” like Ed Gillespie. Stewart’s numbers fired up at the end of the primary campaign for both his relentless negative campaign but also his pivot to being the conservative outsider alternative to the DC-splashed Gillespie.

What Virginia Republicans must do is find a candidate on the right who can unite all of us and block Stewart and his campaign from winning over conservatives who just can’t find it in themselves to support another moderate who will vote against our core values. But if we can find a candidate that can reach across all parts of the traditional party then we can stop Corey.

Completely unsolicited, but if I had my choice it would be Tom Garrett, whose condemnation of this violence was stirring. But there are others out there, including an effort online to get Del. Nick Freitas to run, which I covered before.

And lastly, might I suggest one more possible solution? The State Central Committee should think hard about reversing its decision to vote for a primary in 2018 and instead change it to a convention. I’ll even start a GoFundMe campaign to help pay for it if I have to.

For me it almost doesn’t matter right now if Tim Kaine is reelected or not; it’s more important that we retain our credibility as conservatives of whatever stripe you claim as your own, as a political party and as Virginians.